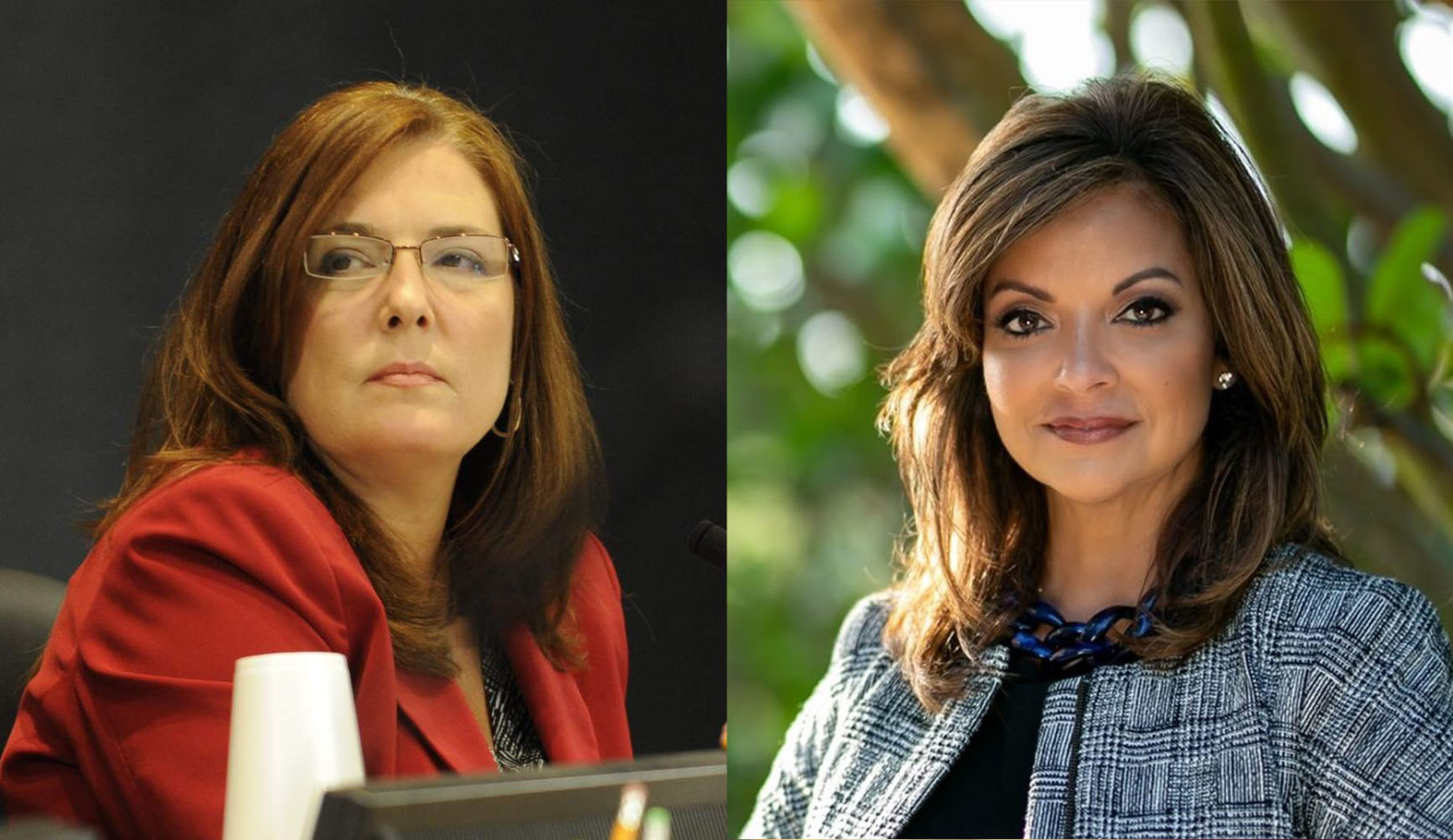 Many Hillsborough leaders support Nancy Millan, but April Griffin has been an underdog before.

The Hillsborough County Tax Collector’s race is normally best described as ho and hum, with a couple of yawns thrown in for good measure. That’s because Doug Belden held that post since 1998, often without opposition.

Put it this way: In 1998, the fledgling Tampa Bay Devil Rays began their first season. A few things happened since then.

The last time he faced a challenger in the general election was in 2008. Belden received more than 69% of the vote. He won wide praise for modernizing the office and running a tight ship. So, when it comes to that race, we can usually focus on other things – say, a five-overtime playoff win by the local hockey team Tuesday afternoon/night.

But duty calls, and we actually have to pay attention this time. But that’s OK because the Aug. 18 primary is filled with personality, intrigue, and long knives.

Besides his talent as an administrator, Belden also is a wheeler-dealer who knows how to play politics. He endorsed one of his top lieutenants, Community Relations Director Nancy Millan.

There is nothing normal about this race, though, and that’s because April Griffin is Millan’s opponent in the Aug. 18 primary.

Griffin has long been a lightning rod for controversy in the county, dating to her role in dispatching former school Superintendent MaryEllen Elia in 2015.

Local business leaders loved Elia, but she also could be arrogant with school board members with whom she disagreed. Griffin was at the top of that list. Elia’s home even had a yard sign endorsing Griffin’s opponent in a school board election.

Many of the same leaders outraged at Griffin then solidly support Millan now.

Even former Tampa Mayor Pam Iorio chimed in last week with an endorsement for Millan.

And don’t forget the money.

Griffin also has endured a spate of bad publicity. Florida Politics reported the woman who wants to be Tax Collector has sometimes had problems paying her own taxes on time.

So, it’s a blowout win for Millan, right?

Opponents often underestimate Griffin though. While the political elite in Tampa spits on the ground at the mention of her name, she seems to resonate with everyday voters.

She turned the fight to remove Elia into a referendum on the lack of support for everyday students and those with special needs. That sometimes-overlooked group made a better case for removal than the parade of local leaders in Elia’s corner.

Opponents vowed vengeance when Griffin ran for a third term on the Board, but Griffin achieved an overwhelming win. She is undefeated in three countywide elections.

And for what it’s worth, in my east Hillsborough County neighborhood, there are plenty of April Griffin yard signs. There also may be signs for Millan, but I haven’t seen them.

Just tuck that thought away as we await the election result.