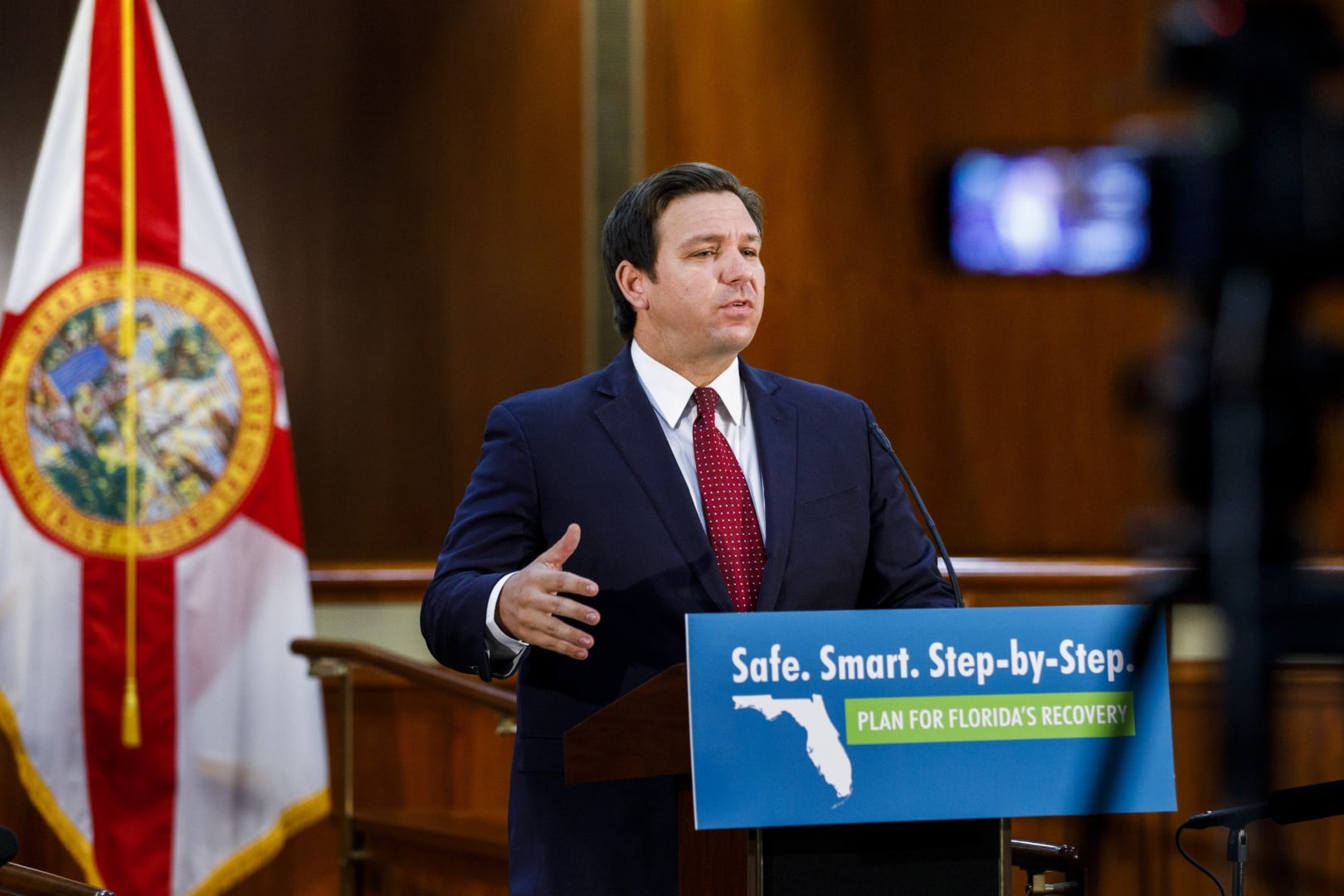 Like those who took out Osama bin Laden, teachers face obstacles, he says.

As more school districts prepare to open their doors to students as the COVID-19 pandemic continues, Gov. Ron DeSantis hoped to give teachers and parents a confidence boost Wednesday.

Several schools began the first day of classes Monday, and many more will open up throughout the month.

Acknowledging the challenges schools will face as the pandemic rolls on, the Governor said Martin County School District Superintendent Lori Gaylord compared the district’s responsibility to that of a Navy SEAL team.

“Just as the SEALs surmounted obstacles to bring Osama bin Laden to justice, so too will the Martin County school system find a way to provide meaningful choice of in-person instruction or continued distance learning — all in all the time,” DeSantis, a Navy veteran, said.

And Suwannee County School District Superintendent Ted Roush said parents brought gifts and supplies to teachers along with their students, the Governor relayed.

“They are in a safe environment where they can have that connection to their teachers that distance learning cannot quite provide,” he ensured.

But one class in Martin County’s SeaWind Elementary School was forced to quarantine at home, according to TCPalm, after a student started exhibiting symptoms of COVID-19 on the second day of school. Nine students who were enrolled for in-person classes will have to take classes from home

The Governor also invoked his wife, a proponent of mental health and domestic violence awareness, noting that schools provide a safe haven for students who are victims of abuse at home. With children holed up at home since March, the state’s child abuse hotlines have seen an even more drastic drop in calls than what usually occurs during the summer. Compared to 2019, this year saw a 40% drop, amounting to 20,000 fewer calls.

DeSantis already held a first day of school media event on Monday, but after Miami-Dade County saw a spike in cases due to a testing dump unveiling data as far back as June 23, he hoped to assuage fears of another COVID-19 resurgence.

“The data was stale. It was not indicative of current trends, much less a, quote, ‘record day of fresh infections in Miami,'” the Governor said. “Stale test results shouldn’t be used by policymakers to determine the way forward for students, parents, workers and businesses in the here and now.”

Nevertheless, “we’re not yet where we need to be, but we are encouraged by the trends,” he added.

Emergency department visits, percent positivity rates and hospital censuses have declined statewide in recent weeks even as the daily death toll remains high. The most recent update from the Department of Health included 212 deaths among Floridians.

A new poll released Wednesday by CNBC and Change Research shows support for the Governor’s COVID-19 response down to 42%, tying its record low from mid-April.

next'Impossible': School boards are at heart of reopening debate