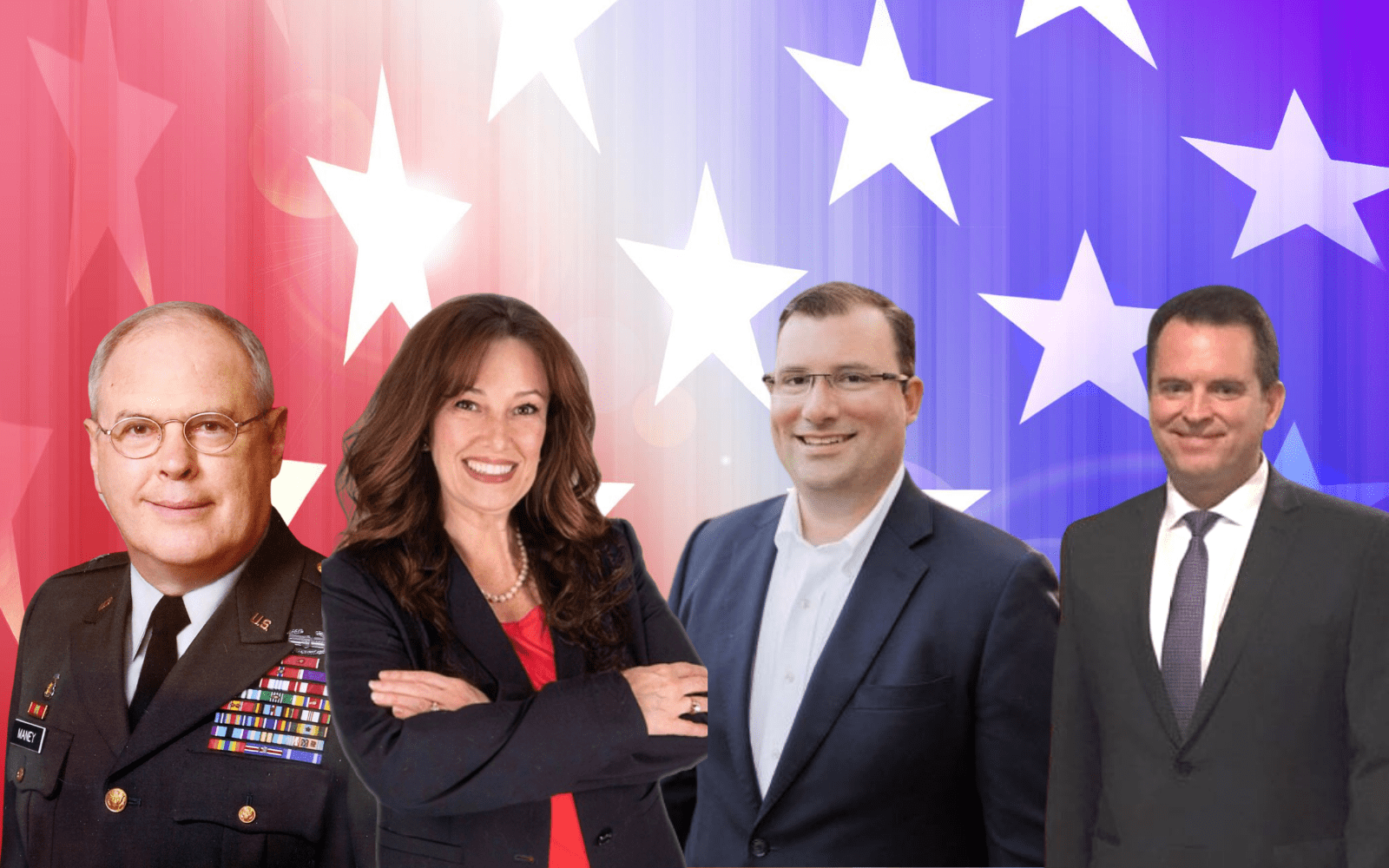 Four Republican candidates are vying for the expensive open seat.

The race to succeed Rep. Mel Ponder in House District 4 is retired Okaloosa County Judge Patt Maney‘s to lose as he holds a strong lead rounding the corner to Tuesday’s Primary Election.

The Republican primary in HD 4, which encompasses the coastal portion of Okaloosa County, is a four-way fight and the most expensive race in the Panhandle. It also has been a battle among experienced officials and political players.

In the days after Ponder announced last year he would forgo a third term to run for County Commissioner, Jeff Hinkle, Jonathan Tallman and Sandra Atkinson filed to represent the open seat. Four weeks later, Maney officially threw his hat in the ring.

Meanwhile, Tallman was the runner-up in the 2016 primary to Ponder, who secured the seat on the spot with no Democratic challenger. Between five candidates, Ponder won 29% of the vote to Tallman’s 25%.

The 2020 cycle hasn’t been as kind to Tallman, a Niceville financial adviser. A July poll found Tallman 17 points behind Maney, enough for second place.

A poll of likely Republican primary voters in HD 4 conducted Thursday found Maney’s support jump to 35% while Tallman remained even at 12%. But Hinkle — an entrepreneur, among other things — wedged his way between them with support from 25% of likely voters. Atkinson netted support from 10% of voters, according to the poll.

Atkinson, an Army veteran and Fort Walton Beach business owner, has struggled to keep up financially. But for the first time since May, she raised more than $1,000 in a single month, doing so in the first two weeks of August.

Stemming from Maney’s years of judicial experience, lawyers have been his largest financial backers.

Maney also draws appeal as an army veteran and a 2018 inductee into the Florida Veterans Hall of Fame. He suffered severe injuries in Afghanistan in 2005 but returned to the bench. Since then, he’s led on veterans issues like homelessness and establishing a veterans drug court.

Whoever wins the Republican primary will likely represent the district come November because of the significant built-in advantage for Republicans. Registered Republicans in the county outnumber Democrats 81,000 to 28,000 with 33,000 others registered to vote.

Tuesday’s winner will face Democrat John Plante, a career IT professional, and Lawrence Lance, a write-in candidate from Pensacola.

The district has produced quite the pedigree, including U.S. Rep. Matt Gaetz and former Florida House Speaker Ray Sansom.

Some of the candidates are touting ties to President Donald Trump and Gaetz. But Gaetz hasn’t made an endorsement in the race, and the Friends of Matt Gaetz political action committee has given a courtesy $500 to all four candidates.

“Never Trumper” accusations have flown freely with Hinkle dishing it out to Maney and Tallman. But Atkinson has pointed to Hinkle’s endorsement by Young Americans for Liberty — a libertarian group with ties to former U.S. Rep. Ron Paul and his son U.S. Sen. Rand Paul, U.S. Rep. Justin Amash and Judge Andrew Napolitano — to levy her own Never Trump accusations at Hinkle.