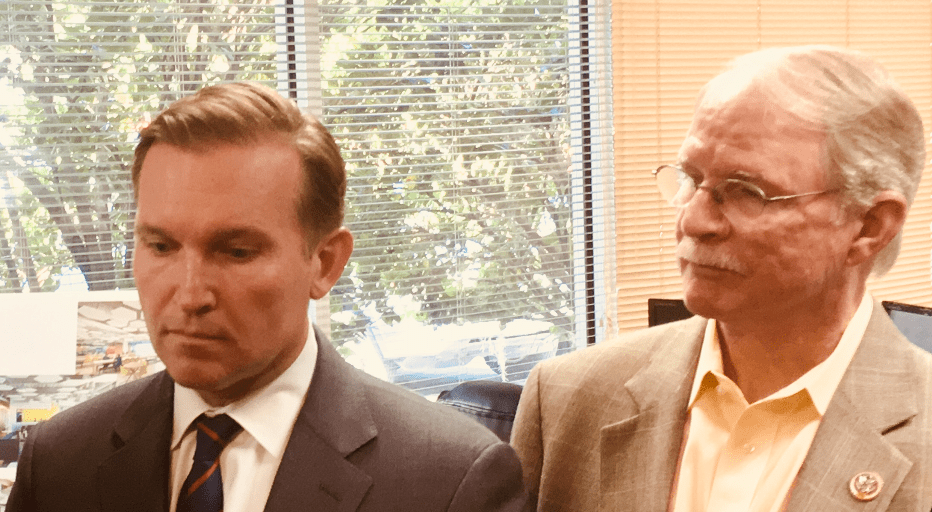 The Republican National Convention is not headed to Jacksonville next week, but top local GOP elected officials are finding a way to deliver a partisan message nonetheless.

On Thursday morning, as Jacksonville children start their first day of school, Mayor Lenny Curry and U.S. Rep. John Rutherford will participate in a “MAGA meetup,” an event designed to generate local interest in the reelection of President Donald Trump.

The speakers are expected to express concerns about Joe Biden, the Democratic nominee.

Curry made the case Wednesday for children to go back to school, noting the city’s positive testing rate for COVID-19 is down to 4.2% as of numbers reported that day.

However, it was just weeks ago when the Mayor found himself lauding President Trump for his decision to pull the plug on the RNC in Jacksonville, due to persistent pandemic concerns about Florida in general, and Jacksonville specifically.

“This virus spreads person to person, so this is the right thing to do, as disappointing as it is,” Curry said contemporaneously.

The Mayor, first elected five years ago, is termed out and won’t appear on another ballot anytime soon. That is not the case for Rutherford, who does face a competitive race in November.

2020 may pose more difficulty, despite the strong Republican plurality in Florida’s 4th Congressional District. GOP voters account for 297,712 of the district’s 607,634 registered voters, compared to 170,254 Democrats, with independents and third-party registrants making up the balance, according to August 2020 bookclosing reports provided by the Florida Department of State’s Division of Elections.

The Congressman has on hand more than $750,000 for his campaign at this point, but Democrat Donna Deegan has raised serious money also, with at least $340,000 on hand.