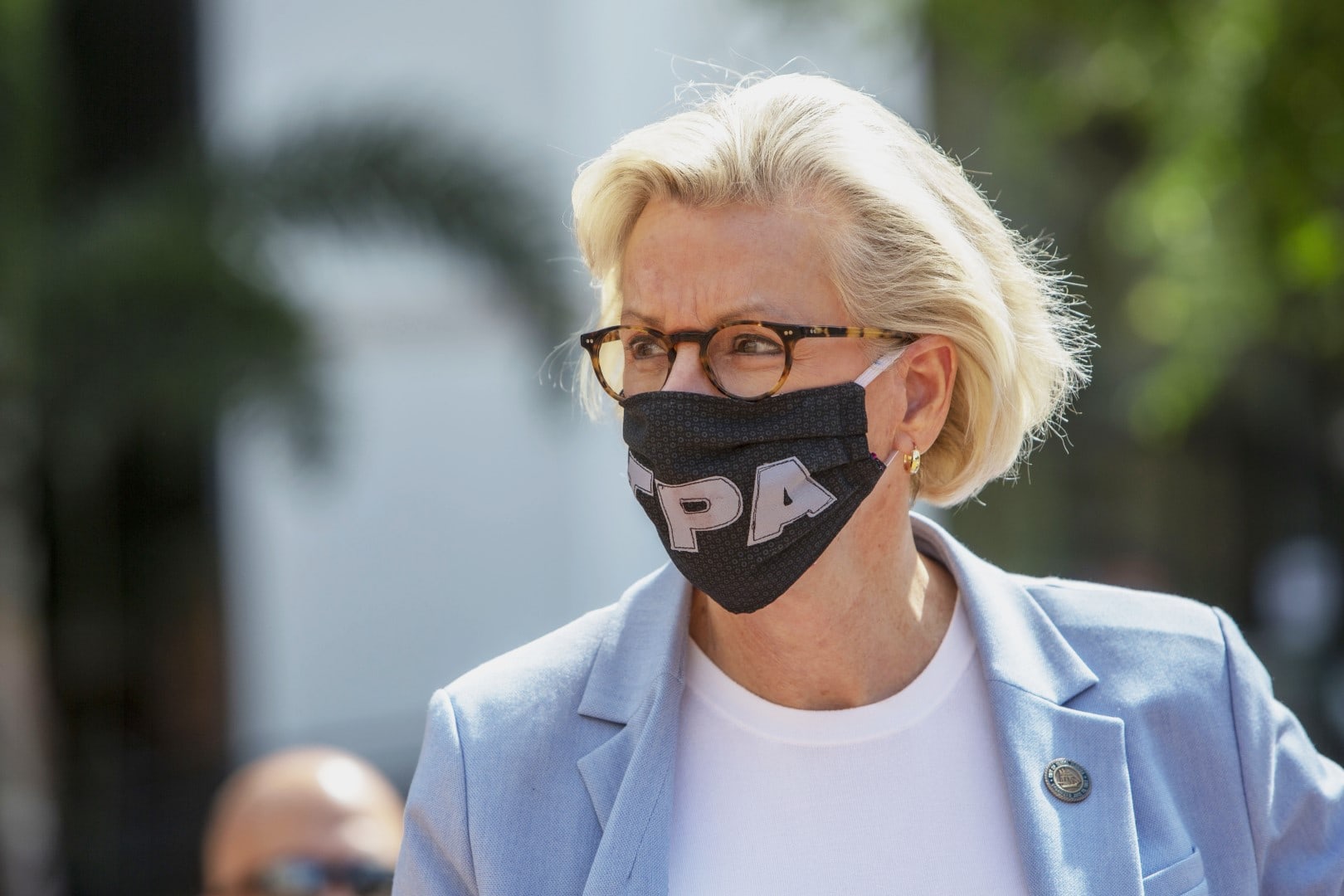 Tampa will light up City Hall Wednesday night in honor of the day.

The group addressed gender inequalities in contemporary America. Mayor Castor gave a nod to Vice Presidential candidate Kamala Harris, who would be the first woman Vice President if elected.

“We do have a long way to go, and it is so wonderful to see so many women elected to office,” the Mayor said. “It was just here in Hillsborough County, you look at all the individuals, all the women that were elected to office locally on the state, and then hopefully on the federal level, we’ll see that continue, and possibly see the first female Vice President.”

The group also expressed pride in the significance of local women leaders in the Tampa Bay area — Mayor Castor served as the first woman police chief for the Tampa Police Department.

“I often say, when I was sworn in as the first female chief, I said at the end of my tenure I wanted to be remembered as a good chief, not the first female,” Mayor Castor said. “But the significance of being a woman in a ‘male’ position is certainly not lost on any of us any of us here.”

Rep. Castor, who serves Florida’s 14th Congressional District and is no relation to Mayor Castor, also acknowledged the presence female leadership in the area.

“In the U.S. Congress, our community is renowned for the ability of women to be successful in public service,” the congresswoman said as a nod to the Mayor. “And you are continuing that tradition.”

The Congresswoman discussed the passage of the Lilly Ledbetter Fair Pay Act in 2009 during her time in Congress, which requires employers to ensure that their pay practices are non-discriminatory.

“You know I think most of us would believe the principle that if you’re doing the same job as a man, a woman should be paid equally,” Rep. Castor said. “Well, that wasn’t always the case. People didn’t feel that way, and still today there is plenty of discrimination in the workplace against women.”

The city of Tampa will light up City Hall Wednesday night with purple and gold lights in celebration of Women’s Equality Day.

Weatherford, an adjunct professor at the University of South Florida, authored several books about American women throughout history. She spoke about the influence women have had in U.S. government.

“Politics has been so much improved by women’s entrance,” Weatherford said. “Women have done so much to reform all kinds of injustices, not just based on gender, but honesty in government, ending corruption.”