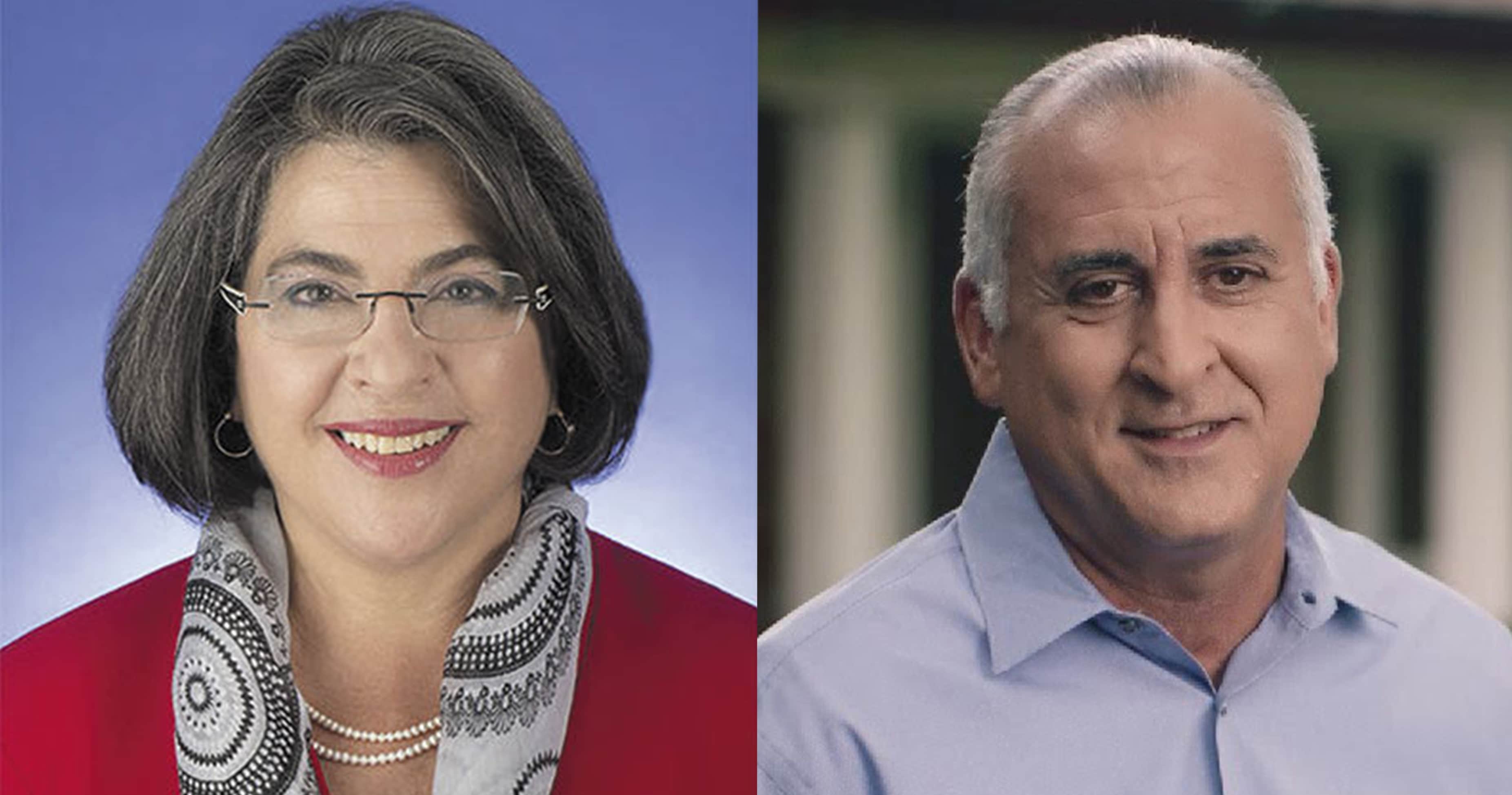 Bovo and Levine Cava are competing to be the county's next Mayor.

The Miami-Dade Democratic Party is releasing an attack ad against Miami-Dade County mayoral candidate Esteban “Steve” Bovo as his opponent, Daniella Levine Cava, announces a round of new endorsements.

Several Democratic House members are backing Levine Cava. She’s carved out plenty of Democratic support while Bovo has appealed to conservatives during his run.

The new digital ad from the Miami-Dade Democratic Party goes negative against Bovo, criticizing his previous consulting work and several of his votes while on the Miami-Dade County Commission.

“Who is Steve Bovo?” the ad’s narrator begins. “Steve Bovo is the self-serving elected official who hides behind his shady consulting business that earned him nearly $1 million over the last eight years, and worked for a man jailed for sexually assaulting a teenager.”

While describing his consulting work, the ad flashes side-by-side photos of Bovo with controversial Venezuelan leader Nicolás Maduro. Bovo’s mayoral campaign received a $1,000 donation from a consulting firm that did business with the Maduro regime. Bovo’s fundraiser, Esther Nuhfer, was also paid millions as part of that deal.

In response, Bovo returned the $1,000 donation and fired Nuhfer.

The ad mentions “a man jailed for sexually assaulting a teenager” who Bovo worked for. That man is Dade Medical College founder Ernesto Perez, but those allegations have nothing to do with Bovo and stem from allegations in the early 1990s in Wisconsin.

“Steve Bovo is the County Commissioner approving legislation that benefits private clients while opposing sick leave for those with COVID, and he wants to abolish the Affordable Care Act to deny families access to health care. Steve Bovo: the same man who simply doesn’t care if families are evicted as our county faces the worst economic crisis in history. Steve Bovo: a tax-raising politician that blames single mothers for senseless gun violence in our community. Steve Bovo: a shady politician that will smile while lying about someone all to hide his shameful past. We cannot trust Steve Bovo as Mayor.”

The ad asserts Bovo opposes “sick leave for those with COVID,” but that overgeneralizes a vote Bovo made earlier this year. Bovo opposed a proposal from Levine Cava, a fellow Commissioner, which would have granted paid leave benefits to county-contracted workers. Employees who work directly for the county already receive paid sick and paid family leave.

As to Bovo’s position on evictions during the COVID-19 crisis, Bovo blocked federal relief money which would have aided individuals facing eviction. As of now, that point is moot, as Gov. Ron DeSantis has continued extending the state’s ban on evictions.

Bovo also did not blame “single mothers” for gun violence. Rather, he floated a common conservative argument that children from broken homes could be more drawn toward committing violence.

“When it comes to gun violence, there seems to be one common denominator – homes where there is no male presence. There’s no government that’s going to fix that; folks have to own up to responsibility,” Bovo theorized at a 2019 committee meeting, casting blame on fathers who leave their families.

“How do we legislate morality or make people own the fact if you father a child you got to be there for that child?”

The Miami-Dade Democratic Party is backing the ad with a five-figure buy.

“As we face the most defining crisis of our lifetime, residents simply cannot afford Steve Bovo and his disastrous policies that leave so many behind.”

Added Maria-Elena Lopez, the group’s first vice chair, “I am confident voters will see past his double-talk because in the primary, Steve Bovo was Donald Trump’s biggest champion and owes families that fled Venezuela an apology for accepting campaign funds tied to the $15-million Maduro-money used by a former Republican congressman to control local Republican politicians.”

The ad’s release coincides with the new set of endorsements for Levine Cava from Democratic lawmakers.

“I have had the honor of knowing Daniella for over 20 years,” Fernández said Monday. “In all that time, whether as a community activist or Commissioner, her focus has always been on one thing: helping the people of Miami-Dade County.”

Added Jones of Levine Cava, “She is a trusted public servant who has a proven record of taking on the big issues — from the economic prosperity gap, to the climate crisis — and getting results. Daniella shares my commitment to getting government working for the people again, and Miami-Dade will be in good hands with her as our next County Mayor.”

Bovo and Levine Cava emerged from the Aug. 18 primary to secure spots in the November 3rd runoff.

“I’m proud to have these experienced allies in Tallahassee standing with my campaign and with our vision for a stronger, better Miami-Dade,” Levine Cava added Monday.

“Together, we will fight to expand healthcare coverage and social support for those suffering the most through this pandemic, and to combat climate change that is threatening our marine life and our way of life.”