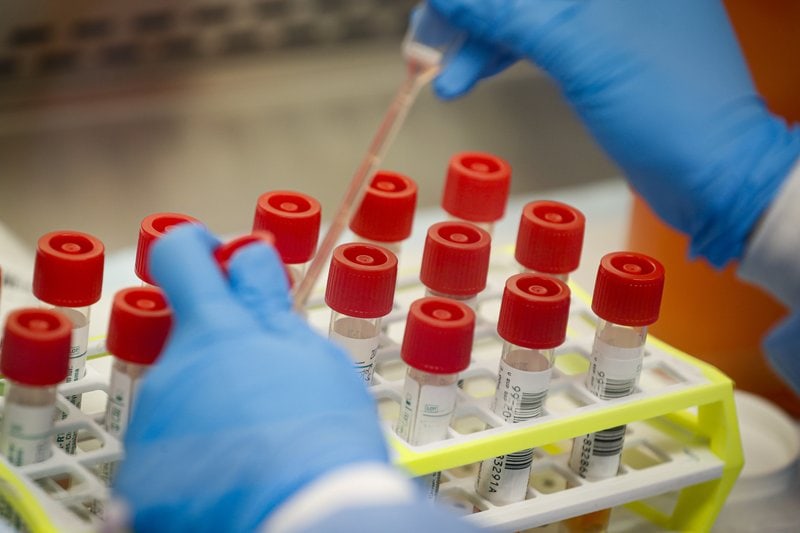 Ahead of the Department of Health and Division of Emergency management releasing its daily COVID-19 report Tuesday, the agencies announced that all of Florida’s agencies would end their testing deals with a lab that revealed thousands of unreported results Tuesday.

Quest Diagnostics is one of the largest private COVID-19 testing labs in the nation. Through Monday, the labs’ various sites had delivered nearly 1 million of the 6.3 million diagnostic tests completed in Florida.

“The law requires all COVID-19 results to be reported to DOH in a timely manner,” DeSantis said. “To drop this much unusable and stale data is irresponsible. I believe that Quest has abdicated their ability to perform a testing function in Florida that the people can be confident in.”

Following a data dump last month by Niznik Lab Corp, which DeSantis said was a new player in the COVID-19 testing market, the Governor told reporters he asked DOH to make consequences for labs that end up skewing data. That day, the department placed an asterisk over that day’s reported cases, which included more than 4,000 cases from a 46-day period.

The Governor’s Office was told Monday evening the Quest findings would be entered this morning into the state’s tracking system.

It’s not the first time the DeSantis administration has accused Quest of dumping data. The lab group unloaded data in early July, he said. But complaints date back to late March, when the lab group sent more than 4,000 patient test results, causing a 25% spike.

“I’ve been preaching, be wary of some of these test results because it’s about when the lab puts it in, they don’t do all the negatives,” DeSantis said. “But this is the most egregious dump we’ve had.”

Officials who look at data to form local policy should ignore today’s results, he added.

“There’s a lot of these companies that are making huge, huge amounts of money,” DeSantis said. “Go back a year, they would have never thought they could have made this much money. The problem is, when you’re sloppy with it, it ends up impacting people’s lives.”

The Governor’s critics have suggested the state is trying to limit the number of COVID-19 tests in the state. But when asked about the state’s ability to process results going forward, he undercut those accusations.

“We’ve had more success with some of the more upstart labs in terms of their turnaround times, so I think that there’s a lot options there,” DeSantis said.

“There must be a prioritization because we need to use the testing not to lock down society. We need to have the testing result in something very positive, and that is decreasing deaths.”

Both Atlas and DeSantis’ spokesman said they were not downplaying testing.

On Tuesday, DeSantis again laid into the shortcomings of testing.

DeSantis added: “I think this whole testing regime and everything and the reporting has been problematic, to say the least. I’m not saying you don’t consider it at all, but I think you have to consider it knowing the limitations.

The U.S. Centers for Disease Control and Prevention has shifted toward a symptom-based focus for once-positive people returning to work because tests can pick up old virus strands. Most people aren’t even contagious when they tested positive yet quarantined for two weeks, DeSantis said, citing a New York Times article from Saturday.

Up to 90% of those testing positive carried barely any virus, according to the report. And the more virus someone has, the more likely they are to be contagious.

“This is not a way a lot of this information really was designed to be used,” DeSantis said. “I think we’ve fallen into a trap because we do want data, which is good, but some of this data is just flawed.”

The law requires all COVID-19 test results to be reported to the Florida Department of Health in a timely manner. To drop this much unusable and stale data is irresponsible and Quest has abdicated their ability to perform a testing function in Florida.