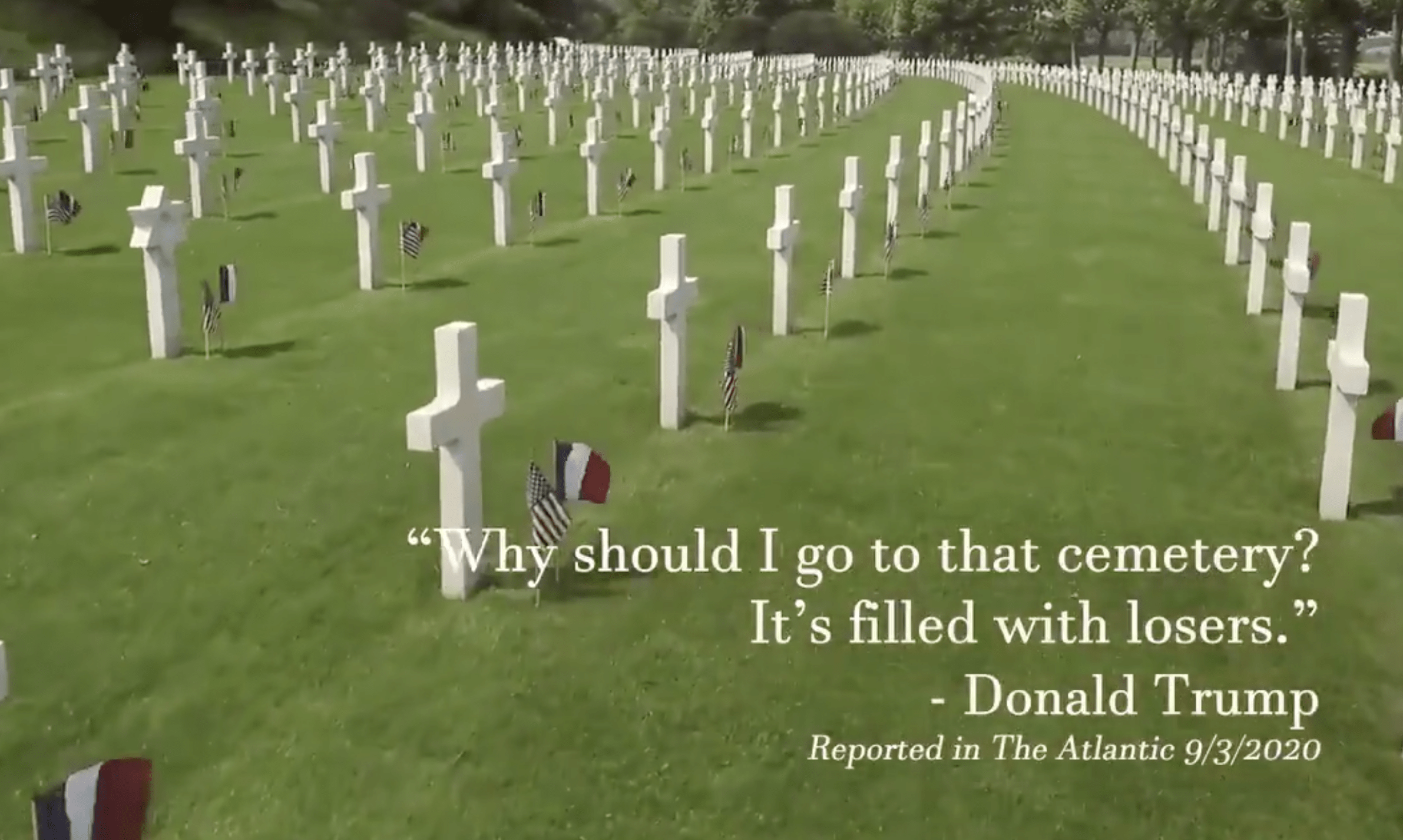 Democrats are making a big-dollar bet in the Tampa market that Donald Trump‘s reported comments about soldiers will haunt him with military-minded voters in November.

On Wednesday, the DNC War Room rolled out a 60 second spot that, as a media release put it, “blasts Trump for his long record of disparaging comments about America’s service members.”

The ad, entitled “Sacrifice,” is billed as a six-figure media buy and will be in rotation in the Tampa market, targeting the MacDill Air Force Base area.

With shots of battlefield action and a military cemetery, the ad’s stentorian voiceover slams the President for refusing to go to the Aisne-Marne American Cemetery near Paris in 2018, with the Atlantic reporting that Trump allegedly called fallen soldiers “losers” and “suckers.”

From there, the ad chronicles the President’s 2015 disparagement of the late U.S. Senator John McCain as a “loser” and “not a war hero,” before moving on to the President reportedly asking, regarding soldiers interred at the Arlington Cemetery, what was “in it for them.”

“They made the ultimate sacrifice,” the voiceover continues, before cutting to shots of a much younger Donald Trump disco dancing.

“Donald Trump inherited everything. Sacrificed nothing. Scoffs at the valor of those who gave it all for America,” the narration continues, with soaring music driving the ad toward its close.

“Millions of brave men and women have made immense sacrifices in order to keep our country safe. But Trump, who inherited everything and sacrificed nothing, has spent years denigrating America’s service members and veterans,” said DNC Chair Tom Perez in a provided statement.

“Florida deserves leaders like Joe Biden who understand the sacrifices made by members of our military and their families—that’ll never be Donald Trump,” Perez added.

The Joe Biden campaign itself has released similar ads in recent days, with targeted buys in the Pensacola and the Villages, two expected Trump strongholds that Democrats nonetheless are targeting.

NEW AD: Trump inherited everything and sacrificed nothing — as commander-in-chief, he denigrates service members who’ve made the ultimate sacrifice for our country.

America deserves a leader who understands the weight of these sacrifices — not one who disparages them. pic.twitter.com/smxX35neZB