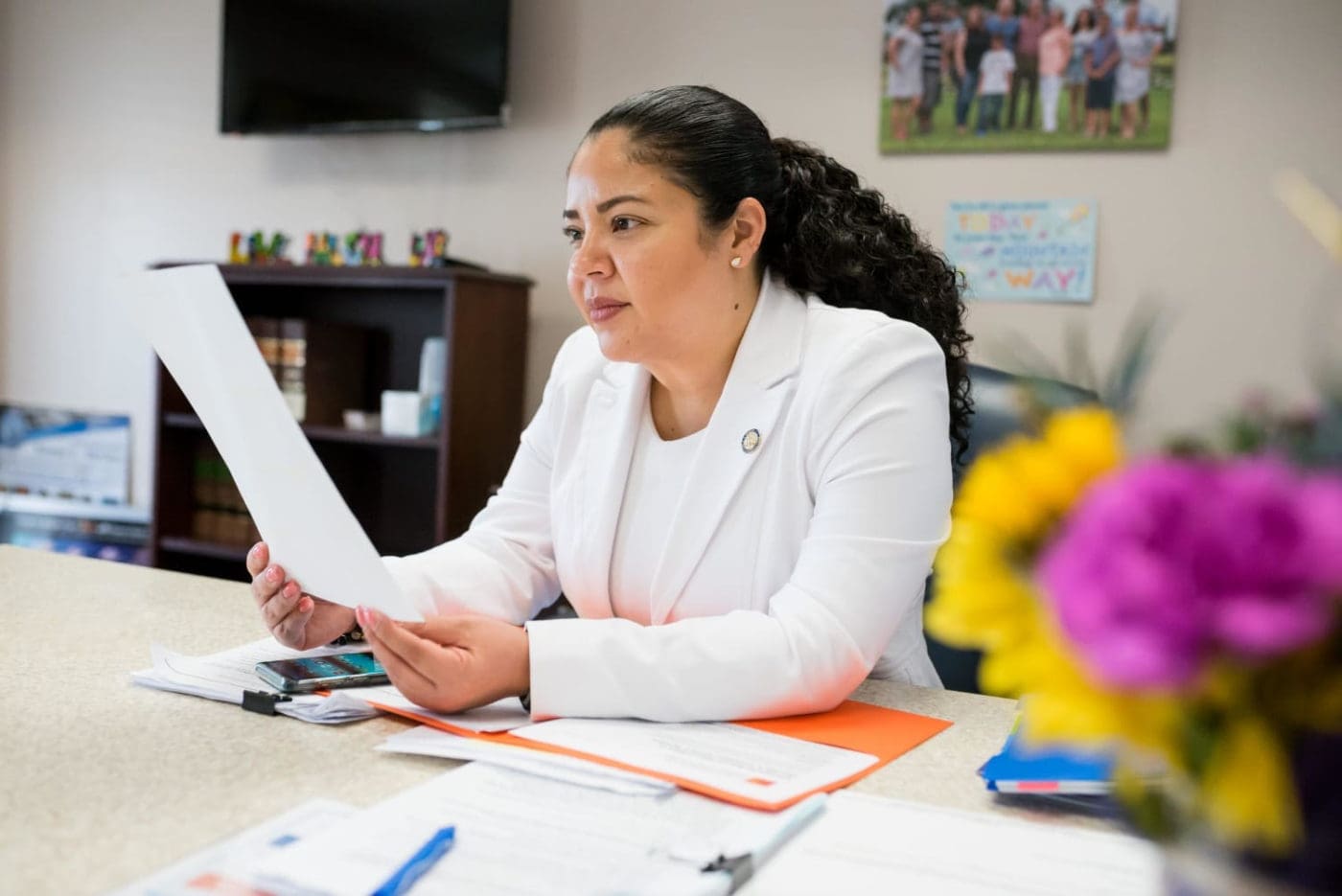 Fabricio is aiming to take back a seat held by the GOP prior to 2018.

Democratic Rep. Cindy Polo pulled off a surprise win in 2018, wrestling the open House District 103 seat from years of Republican control despite being heavily outspent.

Armed with a money advantage so far in 2020, Polo is looking to hold off a challenge from Republican lawyer Tom Fabricio.

“I’m a member of the community. I have never really been a part of this political insider world,” Polo told Florida Politics.

“I have a perspective as a community member but now also as a state legislator who’s part of the minority party.”

Polo’s status as a more progressive member of the House minority is set to play a significant role in the remaining weeks before the General Election.

Polo sees that position as a strength, arguing she can focus more on constituents’ needs rather than dictates from House leadership.

“One of my biggest disappointments with those that run for the state House is that their mailer and their commercial can talk about all the things that they’re going to do. But they get up to Tallahassee and the moment the Speaker of the House tells them how to vote, that’s exactly what they do,” Polo said.

“Sometimes progress does not happen at the rate that we need it to and want it to, but it certainly is not going to come if we just throw our hands up in the air and say, ‘ah well, they’ve got the majority so we might as well let them do what they’re going to do.’”

Fabricio pointed to Polo’s record during the 2019 and 2020 Sessions. Only one bill where Polo served as the main sponsor got through the Legislature. That was a ceremonial bill in 2019 designating April 25 of that year as “Colombian-American Heritage Day.”

“She doesn’t get support for any of her bills,” Fabricio argued, saying he has heard from constituents who are seeking change.

Polo points to her advocacy on the issue of blasting for minerals inside her district. HD 103 covers parts of Miami Lakes and Doral in Miami-Dade County and extends into Miramar in Broward County.

“Folks are working from home and now they are feeling the effects of the daily explosions,” Polo said, arguing the impact of those blasts has been felt more during the COVID-19 pandemic.

“It was something that I’m very proud that I brought to the forefront and forced other folks from nearby districts to take on bills.”

A bill from Polo last Session to cut down on those blasts failed to get through the committee process. A separate measure from Republican Rep. Bryan Avila was successful, however. That bill directs the state to monitor those blasts and report their effects to the state to determine whether further action is needed.

Polo said she’s in favor of giving homeowners more of a “legal recourse for them to be able to fix their homes and address the damage that’s being caused on a daily basis.” Florida law currently directs lawsuits alleging suspected damage from those blasts into administrative court.

Fabricio said he has heard similar complaints from constituents and argued he would be better equipped, as a member of the majority, to move a measure through the House.

“We talk about blasting, we talk about traffic and tolls,” Fabricio said of his conversation with constituents.

“One of the things that we’re saying on all of our materials, and that we’re talking to voters about, has to do with actually getting blasting legislation passed.”

Fabricio said he plans on filing two bills on the issue next Session. “One is to revert the miners’ immunity and the other is to reduce the level of blasting.”

That goes back, however, to Polo’s argument that Republicans will say one thing while running and do another when under pressure from GOP leadership. Polo’s 2020 measure would have accomplished similar goals but did not advance.

Polo argues that was because of Republican intransigence. Fabricio counters that Polo isn’t able to reach across the aisle to advocate for the district.

“The passage of SB 426 represented a historic legislative victory for our members, and that victory came in no small part due to Rep. Polo’s early support of our bill,” said a statement from the South Florida Council of Firefighters, a bipartisan group endorsing Polo’s reelection bid.

“Beyond her early support, she drew attention to a bill that was dead and gave it new life. Rep. Polo’s support for our members has never wavered.”

Polo called that work “one of her proudest moments” during her freshman term. Miami Republican Anitere Flores sponsored the legislation eventually signed by the Governor, while Rep. Matt Willhite sponsored the House version.

“Effectiveness comes in a bunch of different shapes and sizes, and sometimes the win for your constituents is not associated with your name in the headline or your name in the article, it’s the work that you do behind the scenes,” Polo said.

It’s unclear how voters will weigh those arguments, or whether the progressive Polo will receive a similar boost from the top of the ticket as she did in 2018. Last cycle featured a progressive candidate in Andrew Gillum seeking the state’s top job. The highest-ranking Democrat on the ballot this cycle, Democratic presidential candidate Joe Biden, is much more in the moderate mold.

Polo does have some cushion to fall back on after winning the seat by 6 percentage points in 2018. But to combat any potential incumbency advantage, Fabricio said he’s reaching out to as many voters as possible before Nov. 3.

“I personally talk to somewhere in the neighborhood of 100 to 200 voters a day,” Fabricio explained. Fabricio said his campaign has knocked on 14,000 doors during the campaign and engaged 1,200 voters on Labor Day alone.

That work comes as the COVID-19 pandemic has made traditional campaigning difficult. Fabricio himself was forced to stop walking the district in March after the region began shutting down. He has resumed those walks and says he has installed proper precautions.

“To this day, I still walk with a mask,” Fabricio said, even as infection numbers have continued to drop in Broward and Miami-Dade counties. “We have never tested positive and we have always been extremely careful.”

As to the virus’s impact, Fabricio said his priority next Session will be ensuring the state’s economy can properly reboot after widespread shutdowns caused a massive slowdown.

“As much as everything is centered around COVID now, the reality is that many of these problems have existed before. They’re just exacerbated now,” Polo said, mentioning affordable housing issues and people who were living paycheck to paycheck prior to the pandemic.

“The majority did not choose that we should go back to Tallahassee and address the issues at the source of it,” Polo added, turning her criticism on Republicans.

“We’ve been voting on budgets that favor the big-time corporations and not necessarily working families. But then when this happened, you realize that a lot of the things that we should be doing as legislators is not about being reactive. It’s that we should be proactive.”

While Polo has been slow to bring the reform she’s seeking to Tallahassee, she argued Democrats’ continued success in this and future cycles could help speed that process up.

“It’s going to take a bit, not just from House District 103, but also spreading some of that change into neighboring districts so that we can start acting on the change that we need and not just calling it out.”

previousIn a year of restrictions, virus changes Sept. 11, too