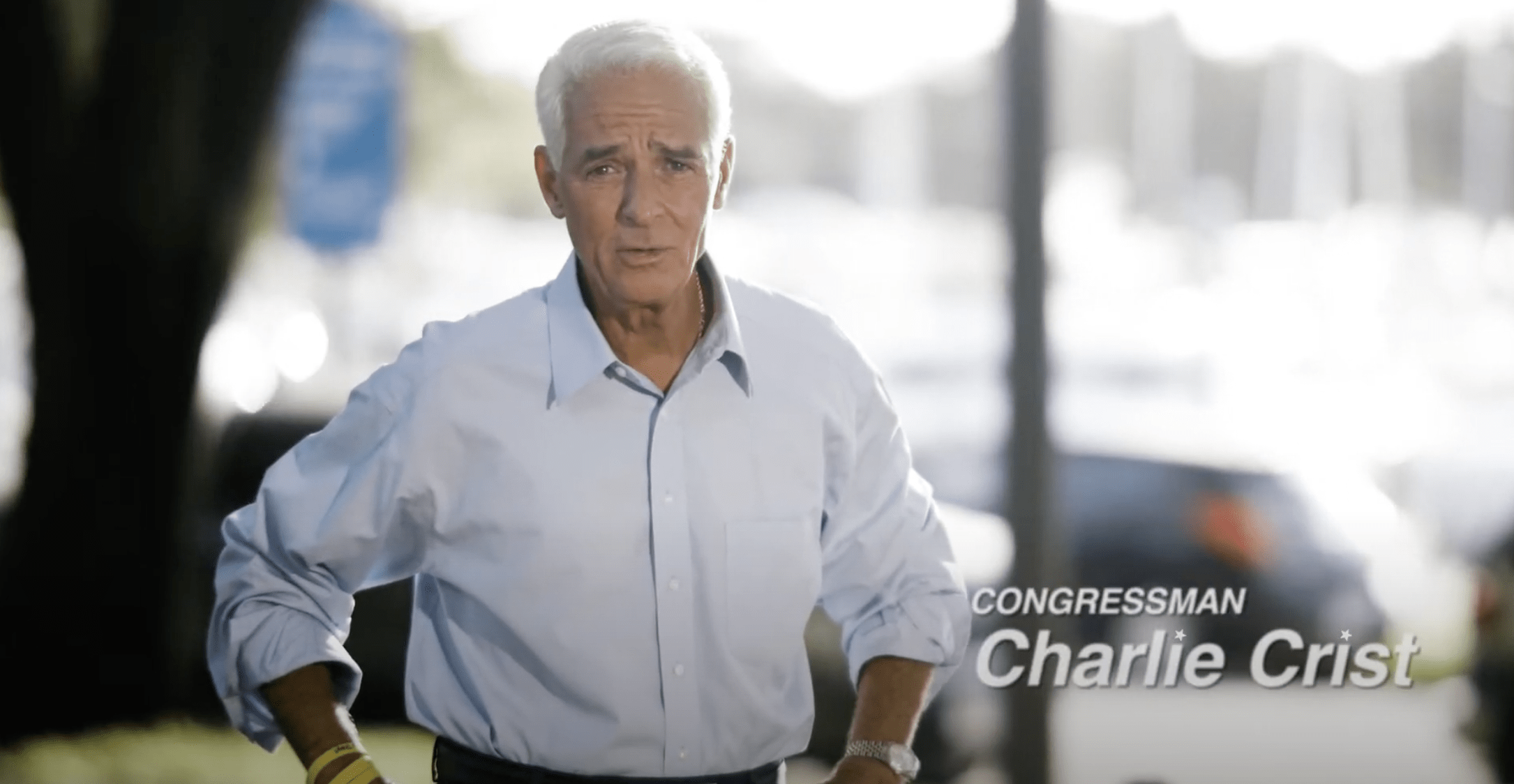 The ad, “Just Charlie,” features the Congressman walking around Pinellas, greeted by people on the street.

“When you serve the Florida people as long as I have, you get called a lot of names,” Crist says in the commercial.

Passersby greet the incumbent with titles like “Congressman,” and “Mr. Crist.”

The 30-second ad continues, “But, most everyone just calls me Charlie,” Crist says, followed by a young skateboarder warning “Move it, boomer.”

The commercial goes on with Crist narrating his work accomplished in Congress.

The release of this new ad comes just a day after Luna showcased her new campaign commercial — Crist placed a new broadcast flight from Sept. 17 through Sept. 21, immediately following Luna’s ad release, according to Advertising Analytics. Crist has spent $43,325 in the Tampa Bay media market.

Luna’s new ad, which she posted to Twitter late Tuesday night, is called “Always.” It features Luna speaking directly to the audience while walking down an airplane runway and speeding off in a red sports car.

This ad highlights the anti-career politician rhetoric that Luna has been fueling her campaign with. Luna isn’t a run-of-the-mill politician, which is what the GOP is counting on to help her oust the incumbent.

According to a recent St. Pete Polls survey, Crist has a 16-point lead over Luna.