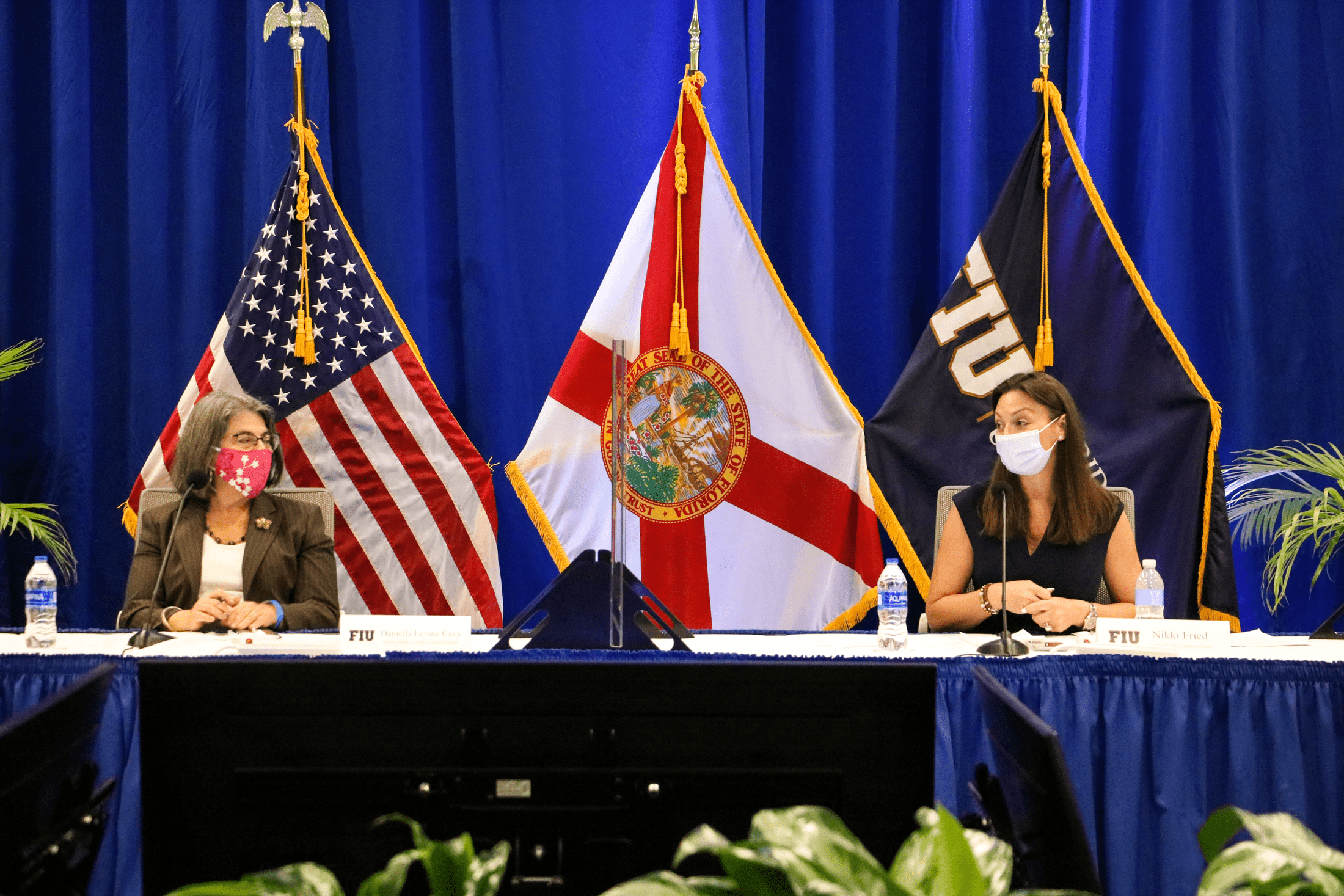 Food insecurity affects 3 million Floridians each year, according to Fried.

Many South Floridians have been dealing with food insecurity issues amid the COVID-19 outbreak, but officials Thursday argued those problems predate the pandemic.

“Right here in South Florida, which is the heart of the agricultural production for our state and country, at least a million families, and 250,000 children, are going hungry,” Levine Cava said Thursday morning.

“We’re ranked — this is shocking — the most food insecure metro area in the country.”

South Florida has served as the outbreak’s epicenter in many ways, with an outsized portion of the state’s 671,000-plus confirmed COVID-19 cases.

Miami-Dade County, Florida’s most populous county and a massive tourism hub, has gotten the worst of the outbreak. Levine Cava currently serves on the Miami-Dade County Commission and is running to be the county’s next Mayor.

“When the pandemic began over six months ago, the shutdown of our tourism industry left tons of crops unharvested, rotting in the ground,” Levine Cava explained.

“They were originally destined for the restaurants, the cruise ships, the hotels. I worked with our local growers to create an emergency crop recovery program and I called on Congress for comprehensive farm aid to support our growers.”

Many of those industries were forced to shut down amid the outbreak as officials tried to get a hold of the virus’s spread. That disruption in the supply chain heavily impacted seasonal growers.

“We lost $522 million just between March and May,” Fried said of that community.

While Florida has begun reopening, the partial shutdowns of the past several months have left families out of work and unsure where they can get their next meal.

“COVID-19 has upended so many of our lives here in the state of Florida. We’ve exposed, unfortunately, a lot of weaknesses and contradictions in our communities,” Fried said, before laying out some of those weaknesses.

“Florida is one of America’s top producers of farm fresh food, yet 3 million Floridians struggle with chronic hunger and food insecurity every single year.”

Fried has made food insecurity a top priority since taking over as Agriculture Commissioner following the 2018 election. She’s visited food distribution sites and has pushed for programs to cut down on food waste.

“This is something that I have committed to fighting and committed to bring awareness to,” Fried added Thursday.

Levine Cava agreed with Fried that these issues predated the COVID-19 outbreak.

“We all know we’re in the midst of a deep-seated food insecurity crisis,” Levine Cava said. “But like so many of the challenges that our country faces right now, coronavirus did not create this problem. We all know that, but it has been exposed and exacerbated that our lifestyle is very fragile, unfortunately, when it comes to food.”

Still, the problem touched many more families during the pandemic. That prompted several lawmakers, including Levine Cava, to join food distribution events to help serve those affected by the economic slowdown.

“We’re in this together,” Fried said to close Thursday’s roundtable, “and together we will combat food insecurity and make sure that we are providing these resources to our communities.”