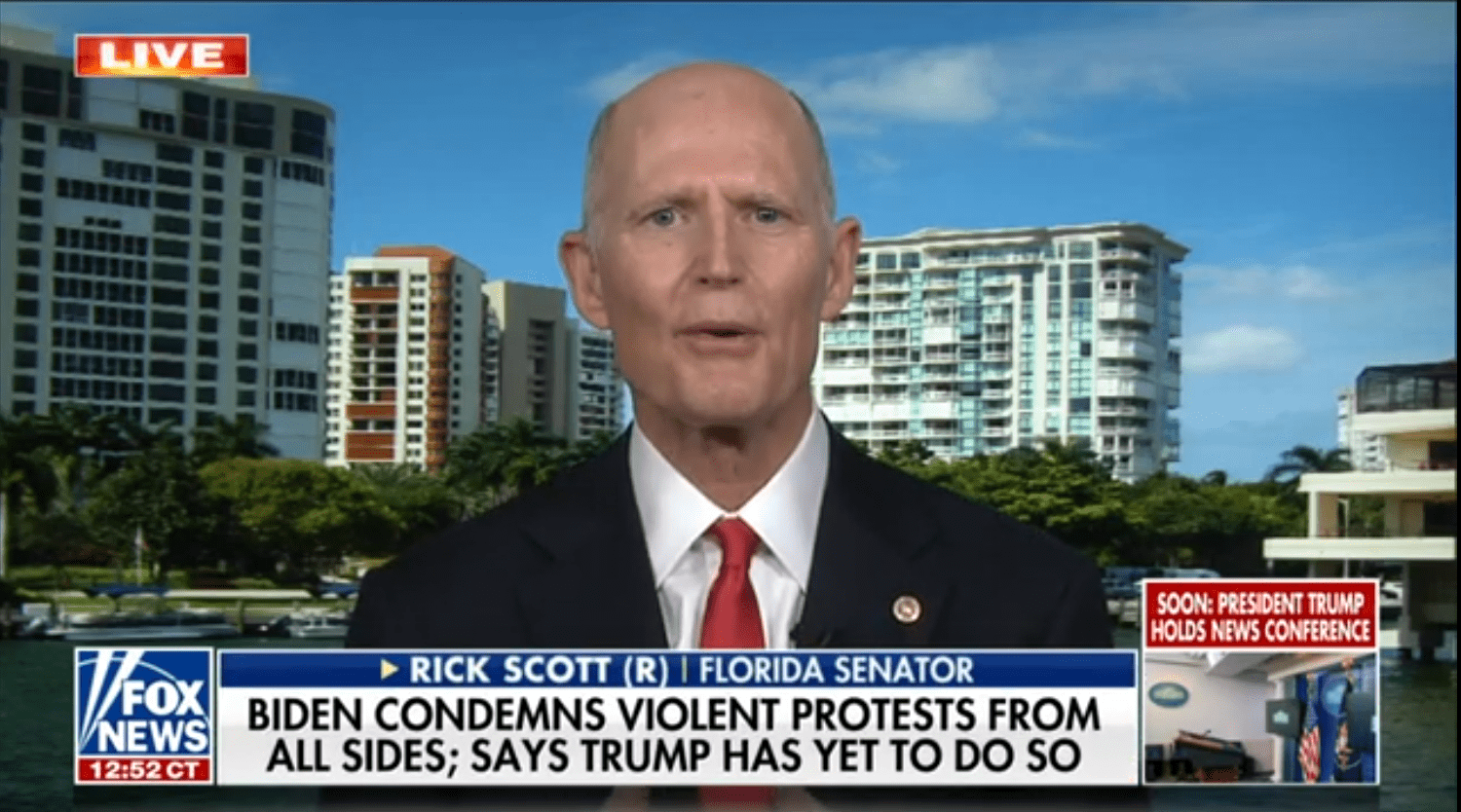 U.S. Senator Rick Scott continued Friday to take a hard line against rioters, saying Americans would be better off listening to their mothers than the mobs.

The Senator was promoting an op-ed he wrote for FoxNews.com earlier in the week, in which he opposed the impulse to “surrender America to fascist punks or woke elitists who despise everything we stand for.”

On Friday, the Senator recalibrated that message, saying rather than listen to the mobs, America needed to listen to their mothers.

“Look at what these rioters are doing,” Scott continued. “They’re telling us that if we don’t agree with them, they’re going to tear down our country.”

“And then we have these protesters out in California say ‘we hope they die’ at a hospital, after those two law enforcement officers were shot in cold blood,” Scott said.

Scott noted a resolution to “back the blue” he supported was blocked by Democrats on the Senate floor.

“You can’t make this stuff up,” Scott lamented, saying Democrats are “OK with these mobs and rioters burning down our country.”

“We’ve got to go back to the values we grew up with,” Scott said.

The Senator said that his mom told him “life’s not going to be fair.”

The Senator urged rioters to “follow the Golden Rule” and “treat people the way you want to be treated.”

The Senator has messaged with zeal against the protests in the streets of American cities in the last few months, yoking those arguments to his ongoing crusade against “defunding the police,” a call he has likened to “lunacy.”