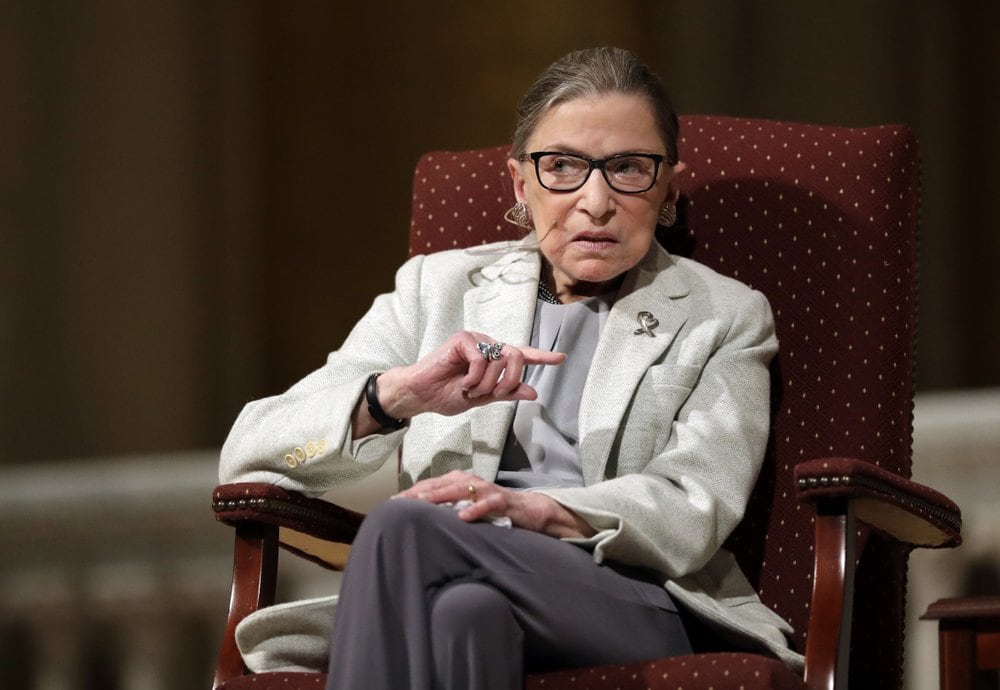 Following the death of U.S. Supreme Court Justice Ruth Bader Ginsburg, Gov. Ron DeSantis announced Friday evening that he would order flags at half staff cross the state in the late Justice’s honor.

“Our thoughts and prayers go out to Justice Ruth Bader Ginsburg and to her family and friends,” the Governor tweeted. “I’m ordering flags throughout the state of Florida be lowered to half staff to honor her memory and recognize her lifetime of service to our great nation.”

All local and state buildings, installations and grounds will immediately lower flags and keep them at half staff until the day of interment.

Our thoughts and prayers go out to Justice Ruth Bader Ginsburg and to her family and friends. I'm ordering flags throughout the state of Florida be lowered to half staff to honor her memory and recognize her lifetime of service to our great nation.

Sympathy for the Justice and her family family poured out during the evening hours after the news broke. Leaders in Florida on all sides of the political spectrum mourned her passing as they did nationwide.

Florida’s Attorney General Ashley Moody tweeted that “Ruth Bader Ginsburg proved to so many women of my generation that we could break any barrier in the legal profession.”

CFO Jimmy Patronis, like Moody a Republican, beseeched God to “grant our nation wisdom, understanding, and kindness for the coming weeks ahead.”

Agriculture Commissioner Nikki Fried, the lone Democrat on the Florida Cabinet, said she was “heartbroken. No words can adequately describe what a loss this is for our nation.”

Both of the state’s political parties, however, avoided mentioning that process ahead in their early statements Friday night.

“Justice Ruth Bader Ginsburg served the US Supreme Court with passion and conviction. She was a trailblazer for many women in the legal field. Our prayers are with her family,” tweeted the Republican Party of Florida.

“Today we lost a true American hero. Justice Ruth Bader Ginsburg was a trailblazer and a tireless champion of justice and equality. This loss is immeasurable, but we must honor her legacy and keep fighting for justice even in the face of fervent opposition,” Terrie Rizzo, the chair of the Florida Democrats, said in her own statement.

Ginsburg announced in July that she was undergoing chemotherapy treatment for lesions on her liver, the latest of her several battles with cancer.

Ginsburg spent her final years on the bench as the unquestioned leader of the court’s liberal wing and became something of a rock star to her admirers. Young women especially seemed to embrace the court’s Jewish grandmother, affectionately calling her the Notorious RBG, for her defense of the rights of women and minorities, and the strength and resilience she displayed in the face of personal loss and health crises.

Her death just over six weeks before Election Day is likely to set off a heated battle over whether President Donald Trump should nominate, and the Republican-led Senate should confirm, her replacement, or if the seat should remain vacant until the outcome of his race against Democrat Joe Biden is known.