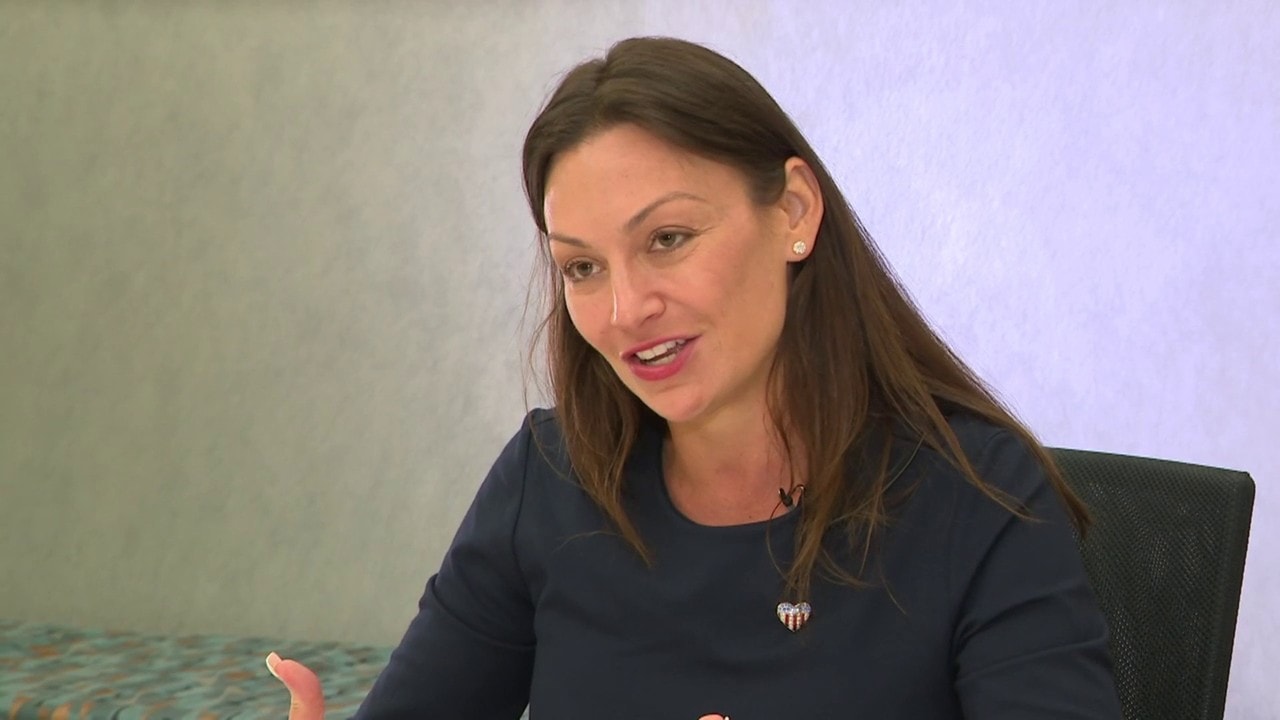 Agriculture Commissioner Nikki Fried teed off Monday on a wide range of economic, health and election issues that she says the state Cabinet and lawmakers should have addressed throughout the coronavirus pandemic.

On the eve of a Cabinet meeting Tuesday, Fried said Gov. Ron DeSantis shouldn’t have been allowed to solely address issues such as an overwhelmed unemployment system, problems in health-care reporting, election security and how federal CARES Act stimulus dollars will be spent by the state.

“I didn’t want to have to do this today,” Fried, the only statewide elected Democrat, said at the end of the one-hour online session, aired on The Florida Channel.

“When the body in which we serve, the Florida Cabinet, that you elect, doesn’t provide information and leaves state businesses pending for months, while canceling meeting after meeting, I have to step up and lead,” said Fried, who is widely mentioned as a potential challenger to DeSantis in the 2022 election. “This isn’t hypothetical. People are asking how their government is addressing COVID-19. How we plan to help feed hungry families. How we will be dealing with a budget deficit. And how we will conduct safe elections while ensuring the sacred right to vote. It is our job as constitutional officers to give the people answers. And if the Cabinet can’t, and the Governor won’t, then I will.”

“As Gov. DeSantis is leading the state’s pandemic response with hope and optimism, CFO Patronis is in constant communication with Cabinet agencies to ensure any important questions or concerns are being raised and addressed,” Patronis spokesman Devin Galetta said  in an email. “During the COVID-19 pandemic, the CFO has held over 30 meetings via phone with OIR (the Office of Insurance Regulation), OFR (the Office of Finance Regulation), SBA (the State Board of Administration), (the Division of) Bond Finance and (the Department of) Revenue to keep a finger on the pulse of Florida’s economy and provide an opportunity to raise any concerns that his office could help with.”

Fried was joined in the online event by several policy officials and state Sen. Jose Javier Rodriguez, a Miami Democrat who has been pushing for DeSantis and Republican legislative leaders to call lawmakers back to Tallahassee to address a state revenue shortfall created by the pandemic.

“It’s impossible to explain to constituents why it is the Legislature, the Senate president and House speaker, have decided that since we left Tallahassee in mid-March, their message to the people of Florida is that there’s nothing for the Legislature to do,” Rodriguez said. “They’re happy to let Gov. DeSantis make all the decisions at the margins of what’s constitutional for the state. How is it possible in an unprecedented pandemic and unprecedented economic crisis that the Legislature has quote, nothing to do? That’s literally what they’re telling us.”

Florida Policy Institute Chief Executive Officer Sadaf Knight warned that covering a projected state budget shortfall is contingent on Congress lifting restrictions on the use of CARES Act dollars. State economists last month estimated Florida will bring in $3.4 billion less in tax revenues this year than had been projected earlier and $2 billion less than projected next fiscal year.

“Gov. DeSantis is counting on using the $5.8 billion Florida allocation of coronavirus relief funds to fill our revenue shortfall. However, according to U.S. Treasury, this is not an allowable use of these funds,” Knight said. “In fact, it’s explicitly stated in guidance issued by Treasury that states cannot use these funds to backfill losses of revenue.”

Republican leaders have maintained that increased budget reserves approved during this year’s legislative session, along with $1 billion in cash-conserving vetoes by DeSantis, will prevent the need for a special legislative session.

DeSantis, Fried, Moody and Patronis on Tuesday will hold their first in-person Cabinet meeting since February.

The four statewide elected officials held a conference call in May. At the end of that meeting, Fried asserted Cabinet members were “left in the dark” regarding the state’s response to the coronavirus pandemic.

Patronis replied by comparing the state’s response to the pandemic to the actions of New York Democratic Gov. Andrew Cuomo and highlighted a task force created by DeSantis to help reopen the economy.

“We will persevere, but we will be stronger and at the same time making sure that we’re looking out for the state’s finances and our taxpayer dollars,” Patronis said.

Moody added after the May meeting that her office has been “in constant communications with the relevant agencies. They’ve been amazingly responsive.”

At the time, Florida had nearly 2.18 million unemployment claims filed due to the pandemic shutdown, along with 53,285 total cases of COVID-19 and 2,364 deaths tied to the respiratory illness.

As of Monday, with almost 4 million jobless claims filed since the start of the pandemic, the state had distributed more than $16.4 billion in state and federal unemployment assistance to 1.98 million qualified Floridians. The virus had killed 13,317 Floridians, and the state had reported 685,439 cases.

Before the Cabinet agenda was posted last week, Fried requested DeSantis include a discussion about the state’s plans for spending the federal stimulus money received because of the pandemic. The agenda does not include that issue.