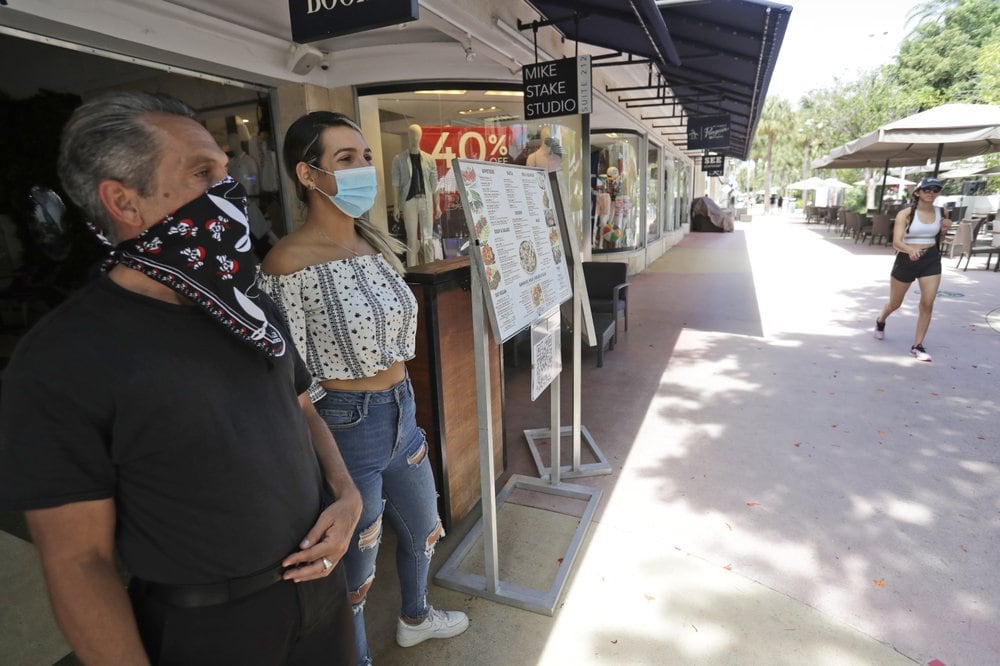 Broward County is set to ease several of its COVID-19 restrictions per a new Emergency Order. The move comes the same day Gov. Ron DeSantis announced South Florida would advance into Phase Three of the state’s reopening plan.

The new Broward County Emergency Order will kick in next Friday, Oct. 2. It allows ballrooms and similar venues to operate at 50% capacity with a cap of 100 people inside. Live entertainment and billiards play will once again be permitted at restaurants, and restaurant bars can reopen but are still blocked from serving alcohol.

Broward officials announced the moves early Friday, but the Governor’s move will seemingly push those reopening measures even further.

Phase Three requires all businesses to open, per the Governor’s comments Friday. Those businesses can still be regulated by local governments, meaning it’s possible Broward’s ban on alcohol could still stand.

Local governments will also be barred from collecting fines and fees used to implement mask mandates, which throws into question the ability to enforce those requirements.

The rapid launch for South Florida into Phase Three comes just two weeks after the Governor approved Broward and Miami-Dade counties to move into Phase Two of the state’s reopening plan.

Compare that two-week timeline to the nearly five months it took Broward and Miami-Dade to move from Phase One to Phase Two.

That shift was prolonged due to a surge in infections over the summer after the state and region attempted a partial reopening.

South Florida’s tri-county area — which includes Palm Beach County in addition to Broward and Miami-Dade — has up until this point been on a different timeline than the rest of the state.

The region has often been a few weeks behind reopening efforts approved elsewhere in the state. That’s because the tri-county area has been the epicenter of the outbreak in the state. Miami-Dade, Broward and Palm Beach counties are the three counties — in that order — with the most COVID-19 infections in Florida. Those three counties alone account for nearly 42% of the state’s confirmed COVID-19 cases.

That caution is now being cast aside by the Governor as he has grown weary of widespread shutdowns which have caused economic calamity for business owners and the state and local governments.

South Florida’s population density and status as a tourist hotspot served as significant factors in the virus’s ability to spread throughout the region. Health experts have expressed concern about reopening too quickly in conjunction with flu season, as the combination of the flu and the novel coronavirus could once again threaten a strain on the hospital system.

These reopening requirements do not mean the virus is gone or that masks and other social distancing measures should be discarded. Studies consistently show face masks can go a long way in preventing deaths and infections going forward.

nextGov. DeSantis to law-abiding Floridians: 'We got your back' against protesters