The polls are tightening, but Joe Biden’s campaign says it’s well-positioned to flip Florida and by extension the White House in November.

In a Monday memo, the campaign said it’s seeing strong support in Duval County and in Central Florida counties such as Orange, Osceola and Seminole, where the pandemic has led to unemployment rates higher than the statewide average by several points.

Despite the coronavirus-induced recession, voters have thus far leaned toward Trump on economic issues. However, the Biden campaign believes it can win the economic argument in tourism-reliant areas.

“Joe Biden is the clear choice to lead Floridians forward. Florida’s economy — particularly in Central Florida and coastal communities that depend on tourism — cannot recover until the pandemic is under control and only Joe Biden has a plan to beat COVID-19 and build our economy back better,” the memo reads.

“Joe Biden has an ambitious plan to create millions of good-paying jobs for working-class Floridians by investing in a clean energy future that will also build climate-resilient infrastructure that can withstand rising seas and more frequent extreme weather events.”

Though confident, the campaign acknowledged the coin-flip nature of statewide races in Florida — Donald Trump won by about a point in 2016 and Barack Obama did likewise four years prior. And in 2018, when Democrats went one for five in statewide races, Team Biden cast the narrow losses in the U.S. Senate and gubernatorial races in an optimistic light.

“Joe Biden is in a strong position to build off Democrats’ growing strength in the Florida suburbs, particularly in localities like Duval and Seminole counties that flipped blue in 2018. Biden is also uniquely situated to narrow margins in traditional Republican strongholds like Sumter County, home to the Villages, thanks to his strong support with Florida seniors,” the memo asserts.

“Former Trump campaign manager Brad Parscale looked drunk and agitated in police standoff. Then his cop friend showed up to help.” via Mario Ariza of the Sun-Sentinel

“Healthy U.S. economy failed to narrow racial gaps in 2019” via Christopher Rugaber of The Associated Press

“Engage or proceed? Debating Trump, the unpredictable aggressor” by Sarah Lyall of The New York Times

“A peek at billionaire Harry Sargeant III, a somewhat mysterious figure in FL GOP circles and elsewhere” via Lucy Morgan of Florida Phoenix

“‘Why are we pretending it’s all over?’ Miami restaurants wrestle with new COVID rules” via Carlos Frias of the Miami Herald 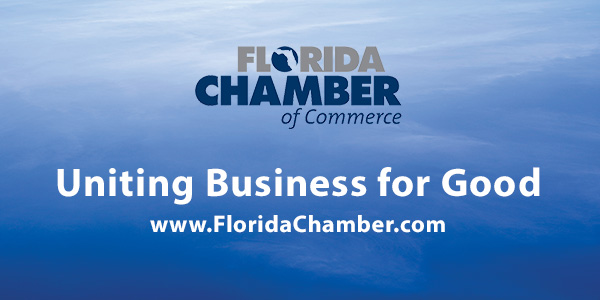 “The Governor of Florida has decided which lives matter to him. People of color, seniors and those with preexisting conditions are more likely to die from COVID. Wear a mask, socially distance, avoid crowds and large indoor gatherings.” — Andrew Gillum, on Gov. Ron DeSantis’ coronavirus response.