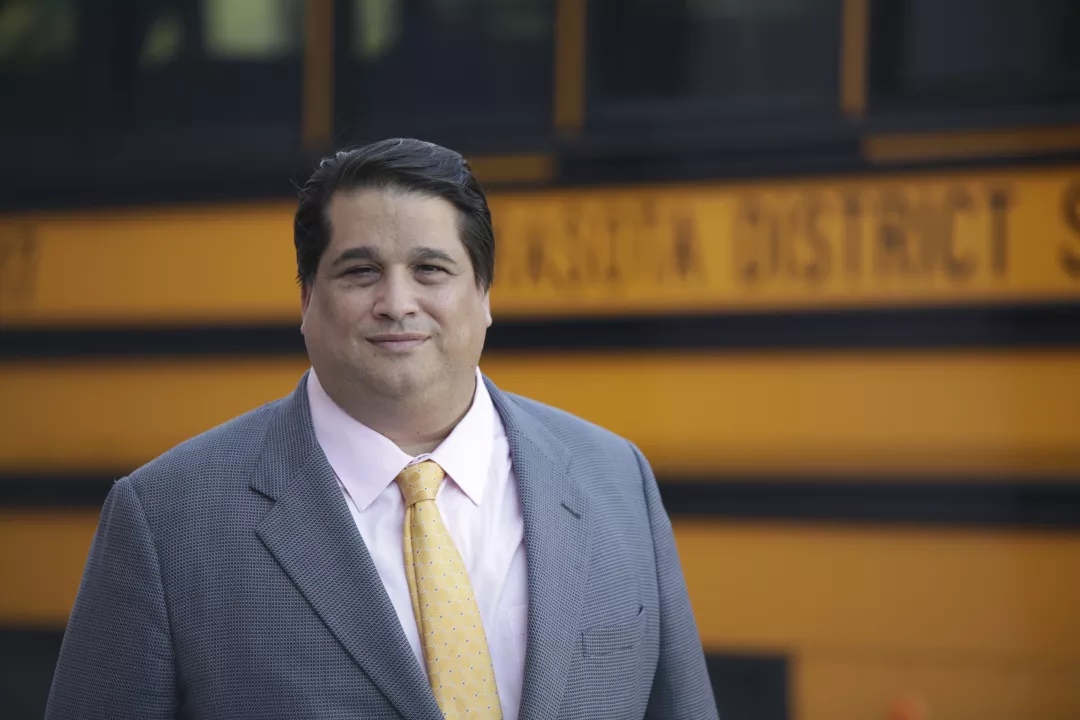 State Attorney Ed Brodsky asked for the case to be reassigned to Andrew Warren.

The revelation became public after an executive order from Gov. Ron DeSantis reassigned the case to State Attorney Andrew Warren.

The Governor’s order allows any case the comes from an investigation to move ahead in the 13th Circuit rather than the one where Robinson lives.

Asked about what is at the heart of the allegations, Robinson says he has no idea what prompted any criminal investigation.

Robinson recently lost a reelection bid for Sarasota School Board. He will continue to hold that public office until his opponent, Tom Edwards, is sworn in this November. Robinson spent $222,195 during the School Board race to Edwards’ $32,109.

Robinson’s political work extends across Florida. He’s chairperson for at least 26 active political committees in the state and treasurer for many more. That’s in addition to being the official treasurer for Republican candidates throughout the state.

In the past few years, Robinson has been in private practice with Joe Gruters, chairman of the Republican Party of Florida, at the Venice-based accounting firm Robinson, Gruters & Roberts CPA.

Robinson’s political work has made him a frequent target of administrative complaints, most of which have been dismissed. Most recently, the Florida Ethics Commission concluded days after the August primary that the Making a Better Tomorrow committee chaired by Robinson had not violated the law despite a complaint and a finding of probable cause to investigate it.

The complaint alleged Sarasota City Commission candidate Martin Hyde funneled money through the committee to the Republican Party of Sarasota to fund a mailer, running around a prohibition of nonpartisan candidates seeking help from political parties.

Robinson said he gets attacked for most of the political committees with which he is involved in part because his name appears prominently on records.

“People have filed complaints and every one of them has been tossed out,” he said.

Admittedly, most of those are administrative, handled by elections or ethics officials. “Now somebody is trying to use criminal sanctions against me,” he said.

Calls to Brodsky’s office and an email to Warren’s office were not immediately returned late Monday afternoon.

“This is the swamp that people are so tired of dealing with,” Young said. “Right now, Ed Brodsky’s campaign treasurer is under investigation for criminal misconduct. If Ed wants us to believe that he isn’t breaking the law himself, he should immediately remove Robinson as campaign treasurer, make public all documents related to his employment with the State Attorney’s Office, and disclose exactly what crimes Eric Robinson is being investigated for.”

“People have a right to know if Eric Robinson is illegally tipping the scales for Ed Brodsky. We deserve to know what criminal allegations Robinson faces and whether they relate to his work on the Brodsky campaign, the State Attorney’s office, or both.”

A release from the Brodksy committee made reference to the Hyde race, but also to “more recent misconduct relating to Brodsky’s campaign.” The campaign also noted Robinson once managed a political committee connected to Jacksonville Mayor Lenny Curry that lost $120,000 to a phone scam out of Nigeria, prompting an investigation by law enforcement.

The campaign also called into question why the State Attorney’s office would employ Brodksy’s campaign treasurer for any purpose.