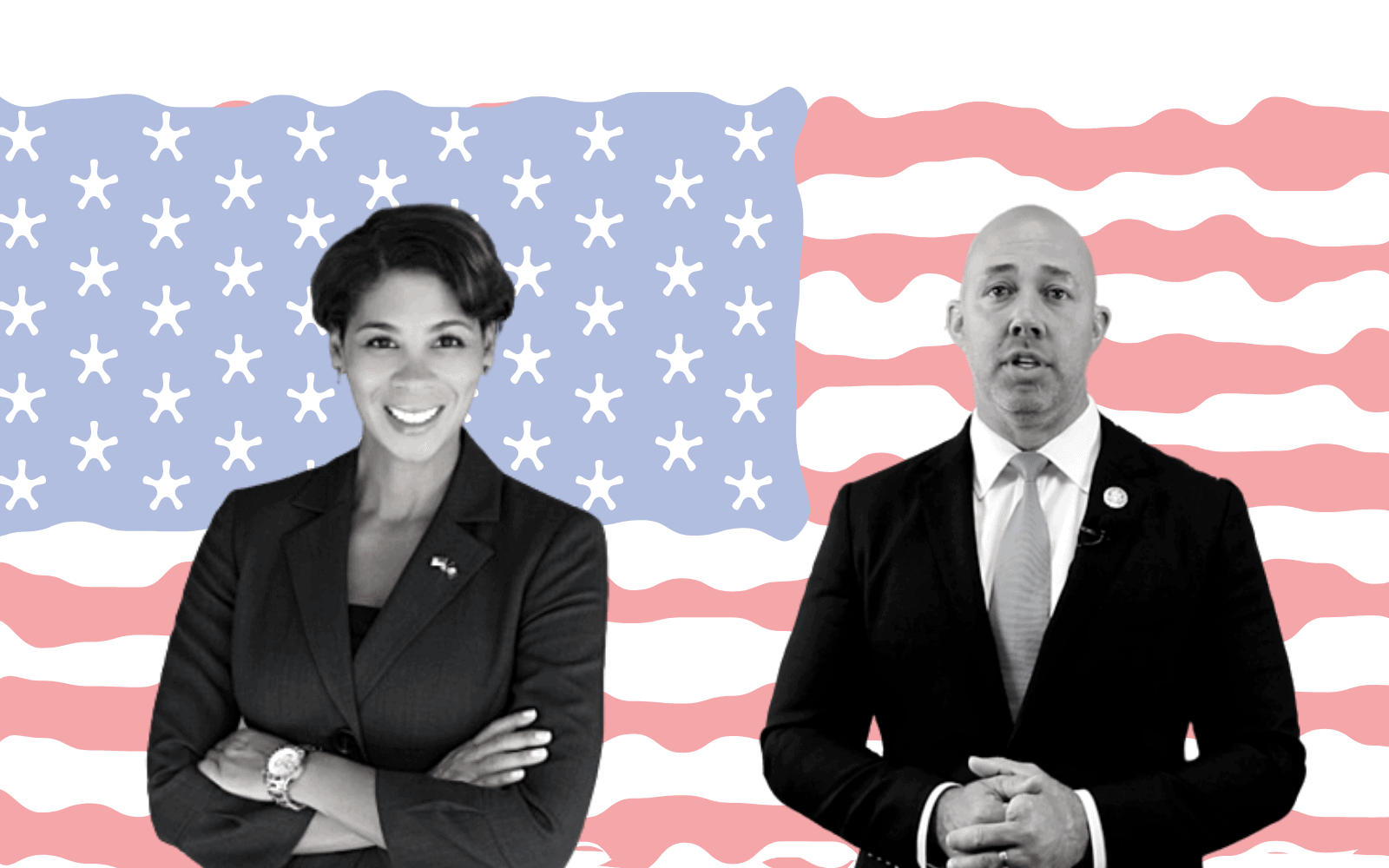 Mast has apologized for controversial social media posts, which were made about a decade ago.

Democratic candidate Pam Keith is out with a new ad hammering GOP Rep. Brian Mast over old social media posts where he joked about rape and sleeping with underage girls.

In doing so, the ad evokes billionaire Jeffrey Epstein, who was accused of having sex with dozens of underage girls and died in prison while awaiting charges on those crimes.

Keith’s ad is already running on TV stations inside Florida’s 18th Congressional District. This past weekend, the Mast campaign also released an ad highlighting his advocacy for a St. Lucie rape survivor.

Epstein’s sordid history has ties to Palm Beach County. His 2008 Palm Beach case ended with a plea deal that resulted in Epstein spending just 13 months in jail. He spent much of that time on supervised release outside of prison, during which he reportedly continued to victimize women.

That makes Keith’s decision to feature Epstein in the ad particularly significant. The 30-second spot features a photo of Epstein while a narrator reads aloud Mast’s controversial Facebook comments.

“I’m so proud of you! I hope you hook up with at least fifteen 15-year-olds over there … it’s legal there right?” the first narrator begins. He then reads off another Mast post, saying, “How about don’t turn this rape into a murder.”

That’s when a second narrator begins speaking. “No, those aren’t the words of this convicted sexual predator,” he says, as the Epstein photo transitions into a picture of Mast. “They’re the words of disgraced Congressman Brian Mast. Disgusting. Dishonorable. Brian Mast, not the man we thought he was. Unfit to serve.”

Mast made the comments on a Facebook page belonging to a long-time friend Rocco LeDonni, who now serves as his campaign manager. They were uncovered in late August, at which point Mast apologized.

“A decade ago when I was in the Army, and following my injury, I made disgusting and inappropriate jokes that I am embarrassed to have associated with my name today,” Mast said. “I am sorry about that part of who I was, and I strive every day to be a better example for my kids.”

Mast has nevertheless been criticized for posting the comments in the first place.

“This is disgusting, unacceptable and dishonorable behavior for any man, let alone a sitting Member of Congress,” Keith said at the time. “Rape, violence and intimidation of women and children are not Brian Mast’s punchline — his words are an insult and betrayal to the women he claims to represent.”

Mast’s newest ad deals with Richard Collins‘ release after he was found guilty of raping Harmony Allen. That rape occurred in 2000. Collins was found guilty in 2017 but served less than three years in prison.

That was due to a court ruling allowing military members to appeal their sentence for sexual assault if the assault occurred before 2006 and no charges were filed within five years.

Mast has introduced a bill to remove that statute of limitations. The Supreme Court is also set to hear an appeal of Collins’ release.

“After my rapist was released on a technicality, Congressman Mast jumped on board and we have been fighting this ever since,” Allen says while sitting next to Mast in the minute-long version of the ad.

“He called me and told me that he was going to be presenting a bill and they named it after me. The case is going to the Supreme Court. I’ve gotten to know Brian Mast and his team over the past two years. And I’ve never met anybody so committed to this fight. I am just so thankful for everything that you’ve done.”

The Congressman adds, “When something so wrong happens, you have to give everything that you have to fight it.”

Mast has tried to make Keith’s hyper-charged social media persona an issue in the campaign as well. In June, Keith tweeted remarks asking if it’s “open season” on President Donald Trump and several of his allies.

The Mast campaign is currently circulating a brief video seeming to show Keith dismissing constituents who don’t vote for her.

A longer version of the clip appears to show Keith making a broader point about participation in the electoral process, though the message is admittedly muddled.

Keith is facing an uphill battle in challenging Mast. Mast won the open seat in 2016 by more than 10 percentage points and won again in 2018 by 8 percentage points. A St. Pete Polls survey from late September showed Mast leading Keith 50%-42%.