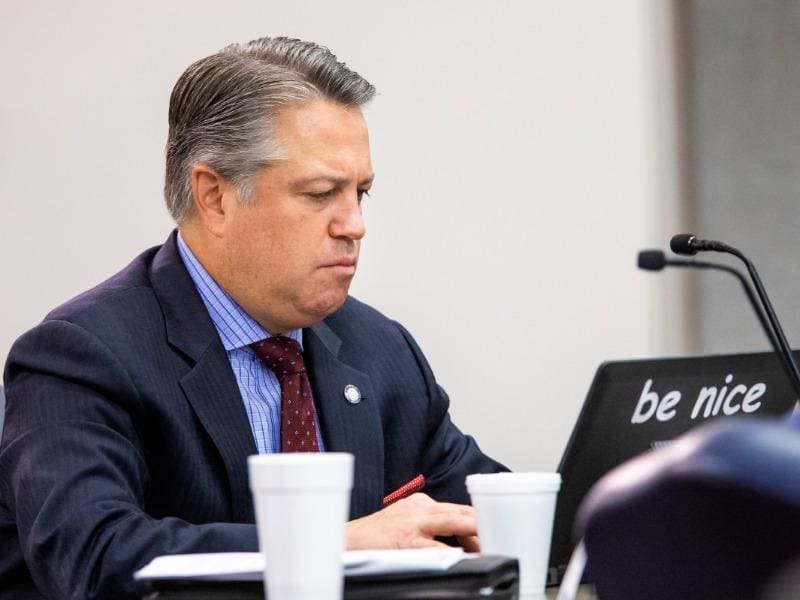 LaMarca topped Linda Thompson Gonzalez despite her notching her best fundraising period yet.

Despite that breakthrough — where she raised nearly $45,000 from Sept.19-Oct. 2 — she still collected just over half of what her opponent hauled in.

LaMarca added more than $74,000 during the same period, according to new reports filed with the Florida Division of Elections. His political committee, Citizens Helping Improve Policy, added another $12,500 during the same span, for a total approaching $87,000.

Thompson Gonzalez tapped into the out-of-state fundraising network being utilized by several of her fellow Democratic candidates this cycle. That allowed her to notch her campaign high of nearly $45,000.

LaMarca got a $10,000 boost from the Florida GOP. He tapped into several big-money donors, courting maxed out donations from The Southern Group, high-powered law firm Tripp Scott, and Comcast. Two organizations associated with The GEO Group, an organization that backs private prisons, each donated $1,000.

LaMarca has been one of the most well-funded House incumbents in the state. That allowed him to spend just under $119,000 during the most recent reporting period as compared to just $13,000 in spending from Thompson Gonzalez.

Thompson Gonzalez spent $9,000 with TJP Strategies, making up the bulk of her spending for the period.

Despite LaMarca dropping loads more cash during the period, he still holds a sizable money advantage over Thompson Gonzalez. LaMarca has nearly $321,000 in his war chest. Thompson Gonzalez is holding just over $96,000.

HD 93 covers parts of Broward County including Lighthouse Point and Lauderdale-by-the-Sea. Candidates and political committees faced a Friday deadline to report all financial activity through Oct. 2.