After Sanford swing, Donald Trump is headed to Ocala 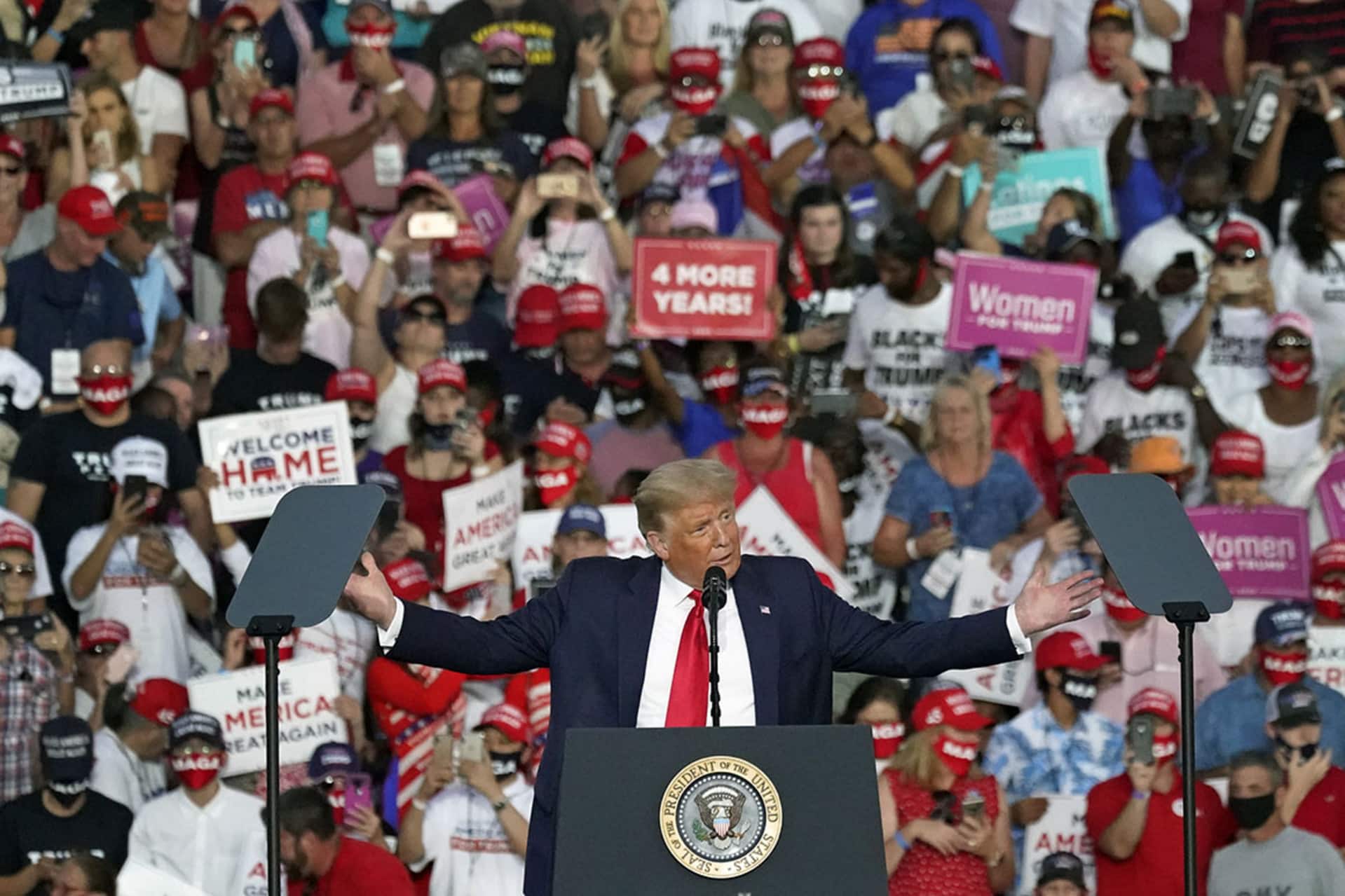 President Donald Trump continues to bet on in-person events in Florida, with an Ocala swing now slated for Friday.

The President will hold a 4 p.m. airport hangar rally at the Ocala International Airport.

In his 2016 campaign, the President made an Ocala stop four years ago this week, ahead of winning Marion County by nearly 45,000 votes. Clearly, the hope is that the magic repeats this time around.

The President, now recovered from COVID-19 according to his attending physician, is making up for lost time, attempting to replicate the frenetic rally schedule of 2016 as an incumbent in 2020.

The Ocala event will be the President’s second Florida visit this week. He returned to the campaign trail in Sanford on Monday.

The Sanford remarks largely accorded with the argument made by Trump and his surrogates, which boiled down to a contention that Biden would enact a dangerous left-wing agenda

“Joe Biden and the Democratic socialists will kill your jobs; dismantle your police departments; dissolve your borders, you know that; release criminal aliens; confiscate your guns — no more 2nd Amendment, get used to it; destroy your suburbs, and drive God from the public square,” Trump said.

Though these are not official campaign positions of the Biden camp, Trump has used pitched rhetoric against Biden just as he did against his 2016 opponent, former Secretary of State Hillary Clinton.

If the rally in Sanford is any indication, the event will be newsy on a number of levels.

The President made a provocative assertion that he was now “immune” from the novel coronavirus.

“They say I’m immune. I feel so powerful,” Trump said in Sanford. “I’ll walk into that audience, I’ll walk in there, kiss everyone in that audience. I’ll kiss the guys and the beautiful women.”

As well, expect speakers beyond the headliner to make news.

In Sanford, Gov. Ron DeSantis issued a speech full of red meat base mobilization flourishes, remarks overshadowed by the specter of a swaggering massless Governor offering high-fives to rally attendees as he walked toward the speakers’ area. DeSantis then appeared to have wiped his nose.

Democrats were quick to offer criticisms that the Governor was a “super spreader.”