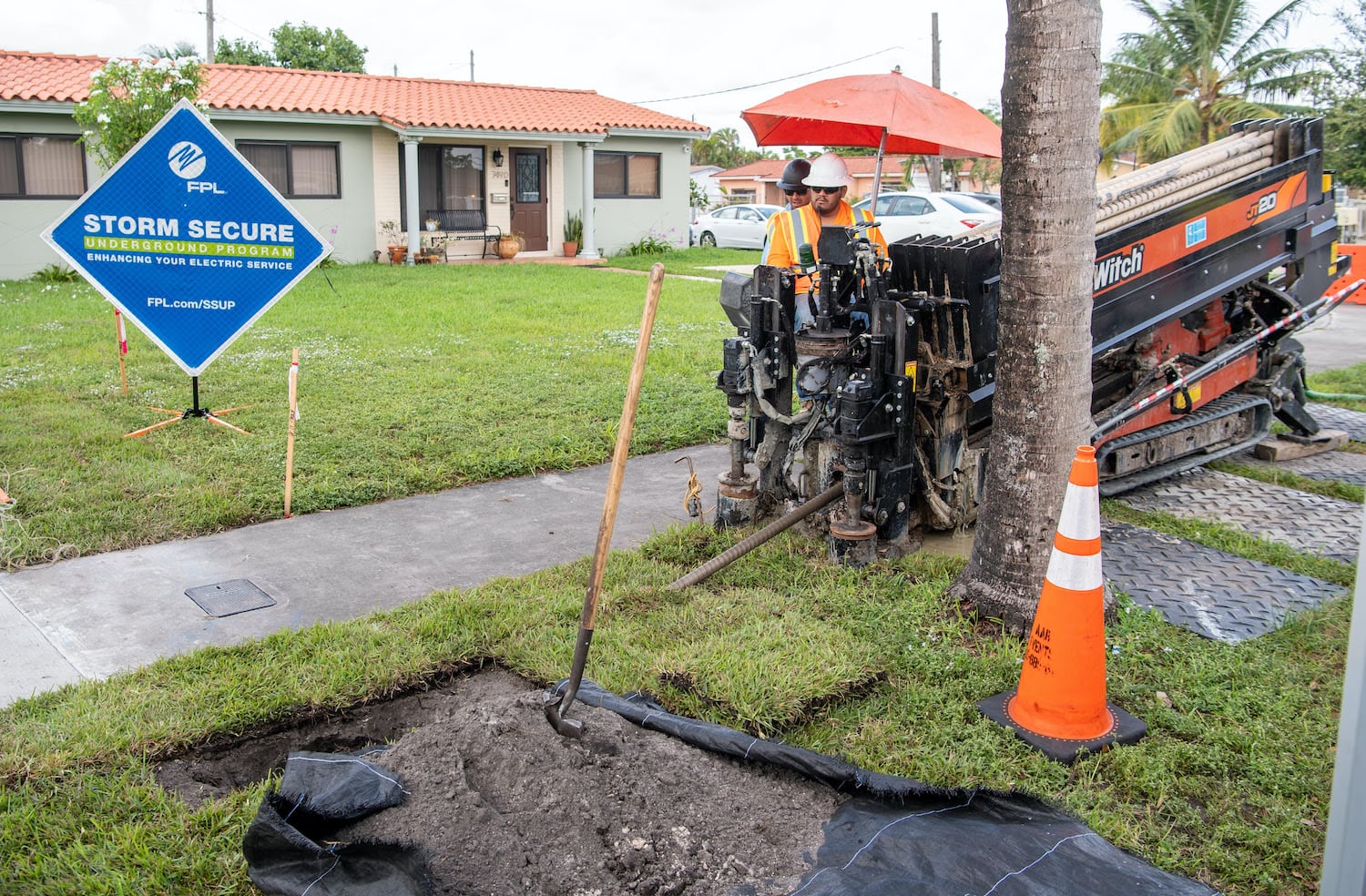 Florida Power & Light Company has moved miles of powerlines underground over the past two years, leading to more reliable service for its customers.

Aboveground lines are a weak point in service reliability — when branches or other debris fall on them, such as during a hurricane, an outage can occur. Underground lines don’t have the same vulnerability and make the grid more resilient as a result.

As of Oct. 1, FPL has completed more than 160 Storm Secure Underground Program projects for customers in neighborhoods throughout the company’s 35-county service area.

All told, more than 53 miles of overhead lines have been placed underground as part of the pilot and more than 100 additional projects are under construction.

“Putting the power lines underground has improved reliability and peace of mind in our community,” said customer Tammi Hellinger of Pinecrest in Miami-Dade County. “Our neighborhood has a lot of trees and we would often lose power during storms when branches would blow into overhead power lines. We were without power for a long time after Hurricane Irma. Placing the lines underground is much better.”

Customer Rob Bird of Ormond Beach in Volusia County added, “This is definitely an improvement. I have not had a power outage since our lines were put underground in June, and we’ve had plenty of thunderstorms. What matters most is having reliable power.”

FPL said it’s learned a few things during the pilot that will allow it to more efficiently underground lines, such as using ground-penetrating radar to detect and avoid other underground facilities, such as telephone and cable lines and water mains; and how to determine customer preferences and find better ways to communicate with them about projects in their neighborhoods.

“The Storm Secure Underground Program pilot is one of the many ways we demonstrate our commitment to continuously improving the safe and reliable power we provide to our customers,” said FPL Senior Vice President of Power Delivery Manny Miranda. “As we prepare to put more neighborhood power lines underground in the coming decade, we are learning valuable lessons from the pilot that will benefit all of our customers for years to come.”

As part of the 10-year Storm Protection Plan approved by the Florida Public Service Commission, FPL estimates that between 300 and 700 neighborhood power lines will be placed underground annually from 2021 to 2023.