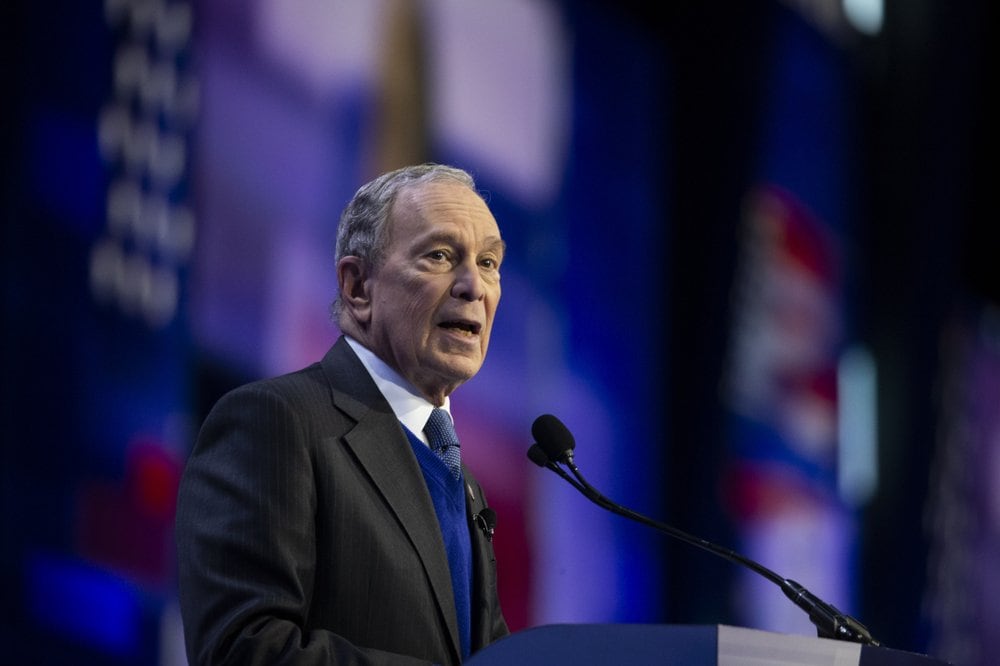 Turning out the Jewish electorate is critical if Joe Biden wants to win the state.

Billionaire Mike Bloomberg donated $250,000 Thursday to a political committee that is targeting Jewish voters in the Sunshine State.

The former New York City Mayor and former presidential candidate’s quarter-million-dollar contribution is part of his $100 million pledge to back Democratic presidential nominee Joe Biden in his White House bid.

The Jewish Democratic Council of America and its Super PAC have campaigned to reach hundreds of thousands of Jewish voters, who make up 4.2% of the electorate. The council views energizing the 722,000 Jewish voters as a critical step in swiping Florida’s 29 electoral votes from President Donald Trump, who won the state by less than 113,000 votes in 2016,

“Every vote will matter in Florida, and Jewish voters in Florida have the chance to vote for a President who will unite us, not divide us,” Bloomberg, who is Jewish, said in a statement. “Joe Biden will be that President, and I’m glad to support the Jewish Democratic Council of America PAC as they reach Jewish voters online throughout the state of Florida and encourage them to vote for Joe and (Sen. Kamala Harris).”

According to national polling last month from the Jewish Electorate Institute, more than two-thirds of Jewish voters back Biden. A majority of the electorate trusts the former Vice President on a dozen issues explored in the poll. He received a plurality of support on a 13th topic, U.S.-Israel relations.

“Jewish voters can and will make the difference in Florida in support of Joe Biden, and it’s the key to winning the White House this November,” said JDCA board chair and former U.S. Rep. Ron Klein.

Jewish voters nationwide have leaned Democratic for decades, but Republicans are hoping Trump can bolster his appeal to the electorate with his foreign policy decisions. Last month, his administration negotiated a peace agreement between Israel and the United Arab Emirates, and the administration has pushed for other Arab countries to follow suit. Trump has also backed Israel in erecting settlements in the West Bank, which an international consensus considers a violation of international law.

While 88% of both Republican and Democratic Jewish voters consider themselves pro-Israel, a majority are critical of at least some of the Israeli government’s policies, according to the poll.

“We know Jewish voters overwhelmingly support Democrats and we know they turn out to vote,” Klein said. “We also know how to reach them in order to elect Joe Biden and Kamala Harris, and we won’t stop until we ensure victory in November.”

Once a late-emerging challenger to Biden’s bid for the Democratic Party nomination, Bloomberg has been a spending powerhouse for the former Vice President. A new ad this week from a Bloomberg-backed PAC encourages seniors to vote Biden, and prior ad campaigns have targeted Black and Latino voters.

Bloomberg has also come under fire from Republicans for donating more than $16 million to a campaign to pay off the debts of felons in Florida. Attorney General Ashley Moody said state investigators are exploring whether that spending constitutes a political bribe.

“We are grateful to have the support of Mayor Bloomberg, who deeply shares our commitment to ensuring Florida goes Blue and has invested in mobilizing Jewish voters,” Klein said.