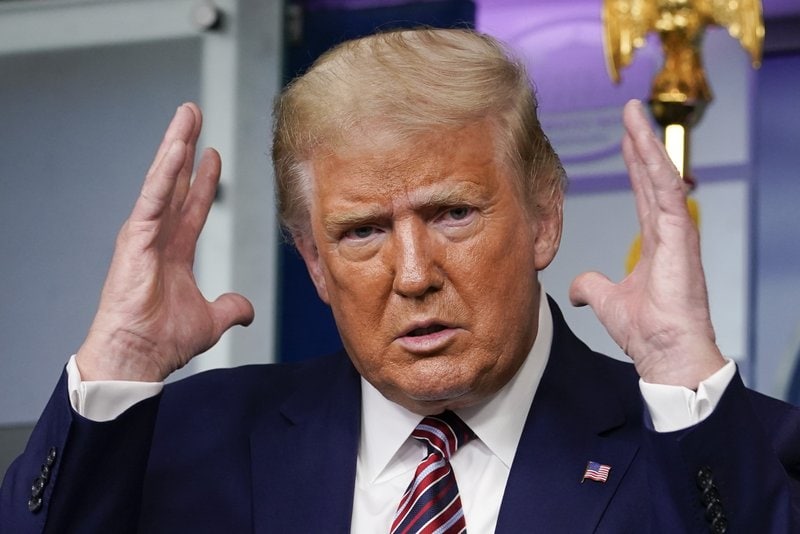 Group hopes to educate Venezuelan, other Hispanics, on anti-immigration stance.

The national advocacy group will reach out to 750,000 Floridians with bilingual audio ads in South Florida that will run through the election. Mario Lopez, president of the HLF, said it’s important voters understand the difference between Trump’s words and actions.

Specifically, ads contrast tough rhetoric “supporting” the Cuban and Venezuelan people living under socialist regimes with denying temporary protected status to refugees. They include a call to action urge voters to call the White House and demand reinstatement of TPS for Central Americans terminated by the Trump administration and an expansion to include Venezuelans fleeing socialist regimes. About 180 Venezuelans were deported by the administration just this weekend.

“Socialism is evil. There is no question about it,” Lopez told Florida Politics. “But if you are going to talk about that, shouldn’t you also look at victims of socialism? Especially when they have so much to contribute and offer, and with all the evidence immigrants and refugees are a benefit to our country?”

The ads vividly communicate the same sentiment in English and in Spanish. A narrator states, “Trump says he opposes socialism, but he spurns those of us who escaped it.” The ads end by exposing what could be the fate of thousands of people: “our families don’t deserve to be forced back and made to suffer.”

For the record, HLF just might have weigh in on this race differently had Bernie Sanders, a self-described Democratic socialist who outraged Florida voters in the primary with comments sympathetic to Fidel Castro, won the Democratic nomination. But that’s not where things stand.

The Fund has worked with federal leaders on comprehensive leadership reform, and praised Florida Sen. Marco Rubio for being the only Republican to sign on with Democratic leaders to a letter requesting TPS status for Venezuelans.

“Republicans unfortunately blocked the latest attempt in the Senate,” Lopez said. “They’re going to do what they do. But we have our [Ronald] Reagan-esque point of view.”

That’s why the organization will weigh in with Spanish-speaking voters in the nation’s largest swing state in the final build-up to a Presidential election.

Notably, Lopez strongly stressed the organization cares deeply about the damage socialism and communism has caused in Latin American countries. If Cuban, Venezuelan and other immigrant populations feel like the Trump is on their side, HLF plans to educate them.

“If you look at it cynically, in a state like Florida that is absolutely essential state for [Trump] to win, he has been saying a lot of interesting things but his actions don’t line up well,” he said.

Trump last year announced the U.S. would stop recognizing Nicolás Maduro as Venezuela’s leader and instead talk with opposition leader Juan Guaidó. But then he backtracked on that and said he would negotiate with Maduro after all.

And Lopez suggests it’s all rather hollow when the U.S. won’t allow those fleeing from the Maduro regime any safe harbor. TPS protections could change that for 200,000 Venezuelans seeking refuge

The message comes as critical time as Democrat Joe Biden steps out outreach to Hispanic voters, especially in South Florida.

The state is home to nearly 4.5 million immigrants who employ 845,000 people and add $98.5 billion to the state economy, according to HLF data. There’s about 140,000 Venezuelan immigrants living in Florida, roughly half the total living in the U.S.

But there’s also 45,000 TPS holders in the state at risk of deportation after a recent court ruling.

The group stressed it’s not just Venezuelans hurt by U.S. policy, but Nicaraguans, Hondurans, Salvadorans and others. In a post wet-foot, dry-foot policy world, there even 7,300 Cuban nationals stuck in Mexico now seeking refuge from that communist regime.

“We’re happy to expound on any of that,” he said. ”On higher taxes, we disagree. But what we are going to push for is free market and free liberty ideas,  and we are going to do that regardless of who is in power.”

So what if Trump shifted his position on TPS tomorrow? Lopez said he’d greet news with a healthy dose of skepticism, and would need to see action beyond an announcement.

But he doubts that will happen, mostly because of the presence of Stephen Miller, a top White House aide who authored much Trump’s immigration agenda, within the administration.

“It’s very clear there no ends — legal, ethical or not — that Stephen Miller won’t go to prevent a single refugee from entering this country,” Lopez said. “He just doesn’t want to see any more additional brown persons step foot on American soil.”