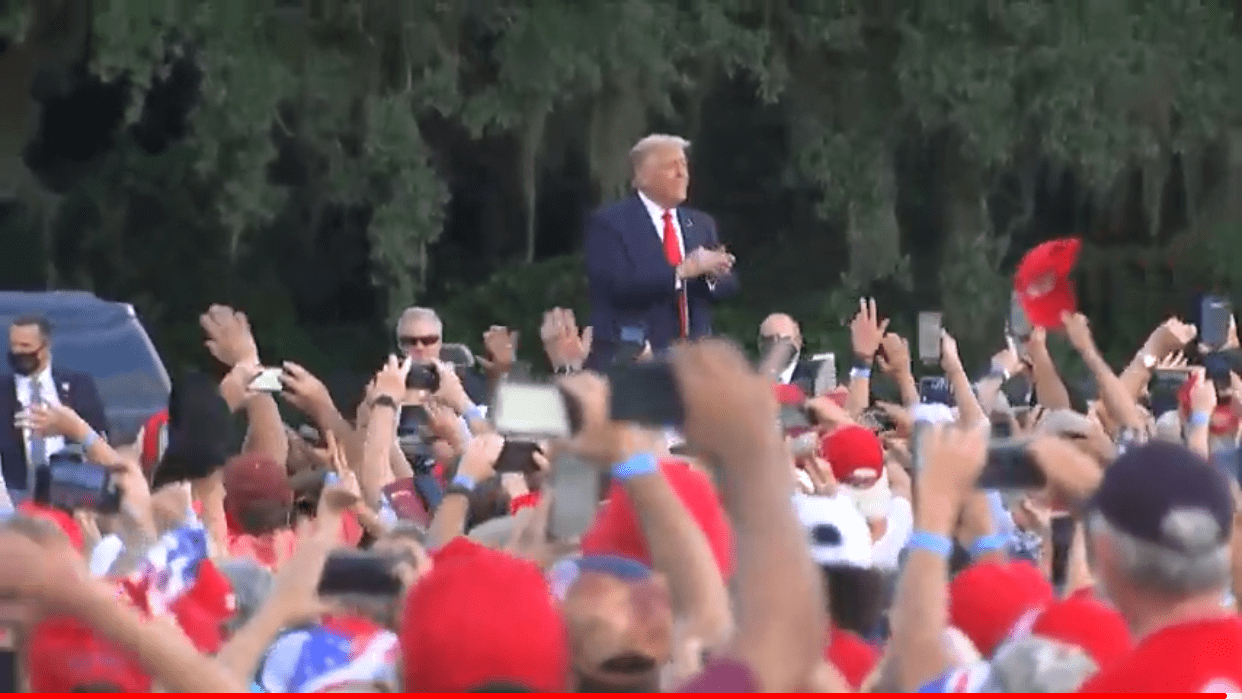 The President continues to sell the Hunter Biden issue to his base.

Trump, fresh off a debate with Democrat Joe Biden, used his first rally of the day to reinforce messages from the debate itself, including the issue of the former Vice President’s son and foreign business dealings that have Republican partisans charging conflict of interest.

Trump did not immediately go on offense on the Hunter Biden issue.

But at around the fifteen-minute mark, Trump turned to the saga of Hunter Biden, the previously anonymous business associate Tony Bobulinski, and his continued allegations that the former Vice President’s son sought to “vacuum up billions of dollars around the globe,” aided and abetted by his father’s name.

“Think of it, his son, without a job, knows nothing about energy,” Trump said about Biden.”He gets lined up with this Ukrainian energy company, $183,000 a month to be on the board.”

“You see the notes, Joe gets 10% of everything,” Trump added, saying the arrangement between Hunter and Joe Biden was “corrupt as hell.”

“The Bidens got rich while America got robbed,” the President continued, before moving on to other topics, including but not limited to the “great Governor” Ron DeSantis and how Trump allowed Florida to import pharmaceuticals from Canada.

Trump quipped about DeSantis: “If we don’t win I’ll never speak to him again.”

The Hunter Biden story continues to be a leit motif of this campaign.

Senior advisor Jason Miller said on a Friday call with press that Joe Biden “failed to push back on” the Bobulinski claims. Miller noted, with Trump having the former VP “dead to rights” on “foreign corruption allegations.”

Ahead of the President’s speech at the Villages, former Attorney General Pam Bondi devoted part of her remarks to the Hunter Biden saga also.

Trump also extolled Bondi, saying she could come into the administration and “have anything she wanted.”

The President also teased a potential move to the retirement community.

“I’ll tell you what. I’ll sell Mar-a-Lago and move to The Villages. Not a bad idea,” he quipped.

nextTakeaways from Tallahassee — Brace for a short wait