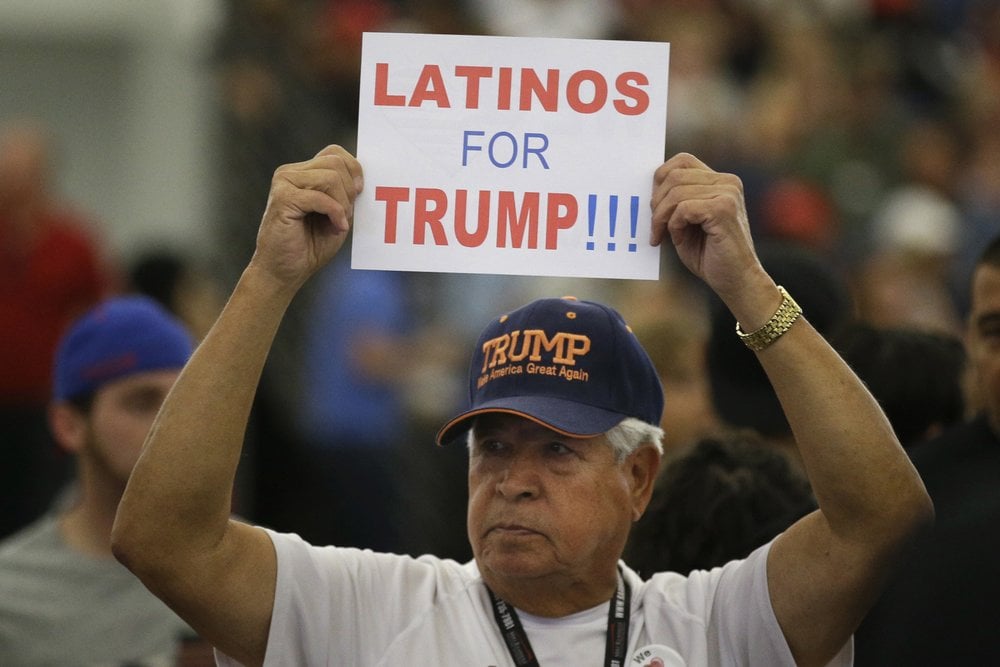 In another sign Florida’s vote has tightened as Election Day nears, an AtlasIntel poll shows Joe Biden and Donald Trump tied at 49% each.

Most significant, the poll finds Trump leading among Hispanic voters, a demographic that could decide where Florida’s electoral votes go this year.

Trump wins 52% of the vote among White voters, compared to 45% who support Biden. About 81% of Black voters plan to vote for the Democrat, while 19% will vote Trump, fairly solid performance for a Republican.

The poll found very different stories based on household income and a variety of other factors.

The poll of likely voters, conducted Oct. 28 and 29, found a tight race in the Sunshine State. Among the 786 likely voters included, 48.6% favor Biden and 48.5% prefer Trump, an insignificant difference that’s far lower than the survey’s 3% margin of error. Close to 3% of responses were listed as undecided.

Notably, the poll found 12% of voters who voted for Trump in 2016 now plan to vote for Biden. But that’s more than offset by the fact 14% of voters who went for Democrat Hillary Clinton four years ago now favor the President’s reelection.

Independents break 56% for Biden and 35% for Trump. Meanwhile Biden holds 90% of the Democratic vote while Trump keeps just 85% of Republicans.

The poll found that among households earning more than $100,000 per year, 60% of voters favor Trump staying in the White House for another four years. But the lower income voters report, the more likely they are to favor change. Among voters earning between $50,000 and $100,000 a year, only 58% want Trump to remain in power.

Trump doesn’t fare well in job approval ratings within the state, with 51% feeling unsatisfied with the job he’s doing as President, more than the 48% who approve. Again, the lower voters’ income, the less likely they are to give Trump high marks as President.

nextAfter year of disruption, America set to choose a path ahead