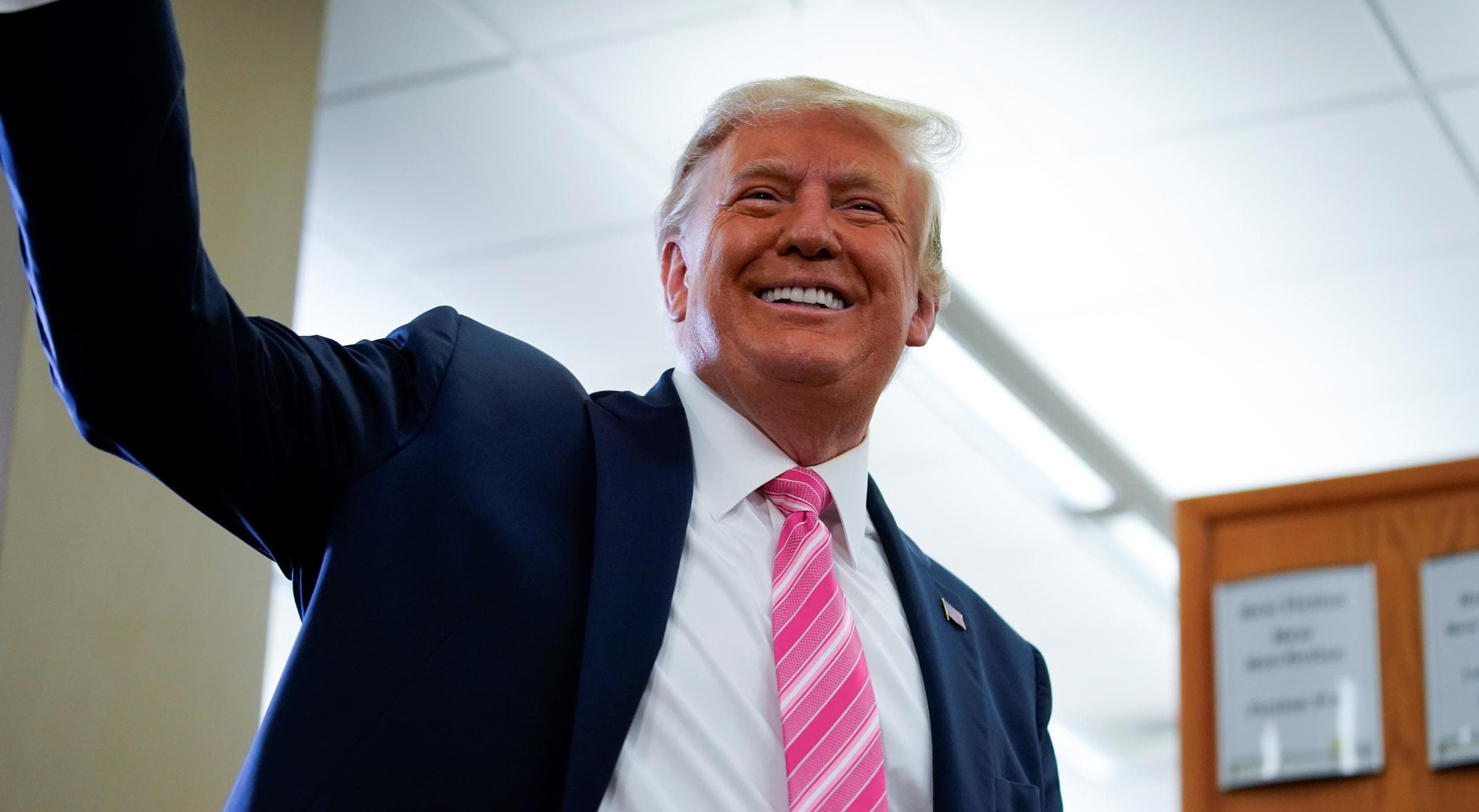 The President kicked off Election Day on Fox and Friends.

Trump was 45 minutes late for the advertised 7 a.m. start, and in contrast to the rally persona of recent days, the President was phlegmatic, reflecting the end of the campaign.

Despite the evident exhaustion in his voice, he still talked a good game, including about votes from traditionally hard-to-reach demographics for Republicans and for Florida itself.

The President, down in the public polls, wrapped a final day of marathon pre-election rallies Monday night, in front of  “crowds that nobody’s ever had before.”

What he calls “suppression polls” may tell a different story, but the President believes “we have a very solid chance of winning.”

The President has made similar points about a Florida surge, including at his rally in Opa-locka Sunday night.

“They’re very worried, the Democrats, about Florida. The vote’s not there for them,” Trump said in South Florida.

“If we win Florida,” Trump added, “we win the whole thing.”

The President also offered variants on his read on minority turnout.

“18%, 20%? Whatever it is, it’s three times whatever anybody else got,” Trump said about polls showing him surging.

The President has mentioned “suppression polls” showing him down big against Biden, but recent public surveys show evidence of a Trump surge down the stretch. Real Clear Politics’ polling average shows a Biden advantage of less than a percentage point in the state.

For the rest of the day, the President plans a “big series of phone calls” to “some people that have been very important” and “some people who’ve been loyal to me over the years.”

previousFlorida, a must-win state for Donald Trump, seen as a toss-up