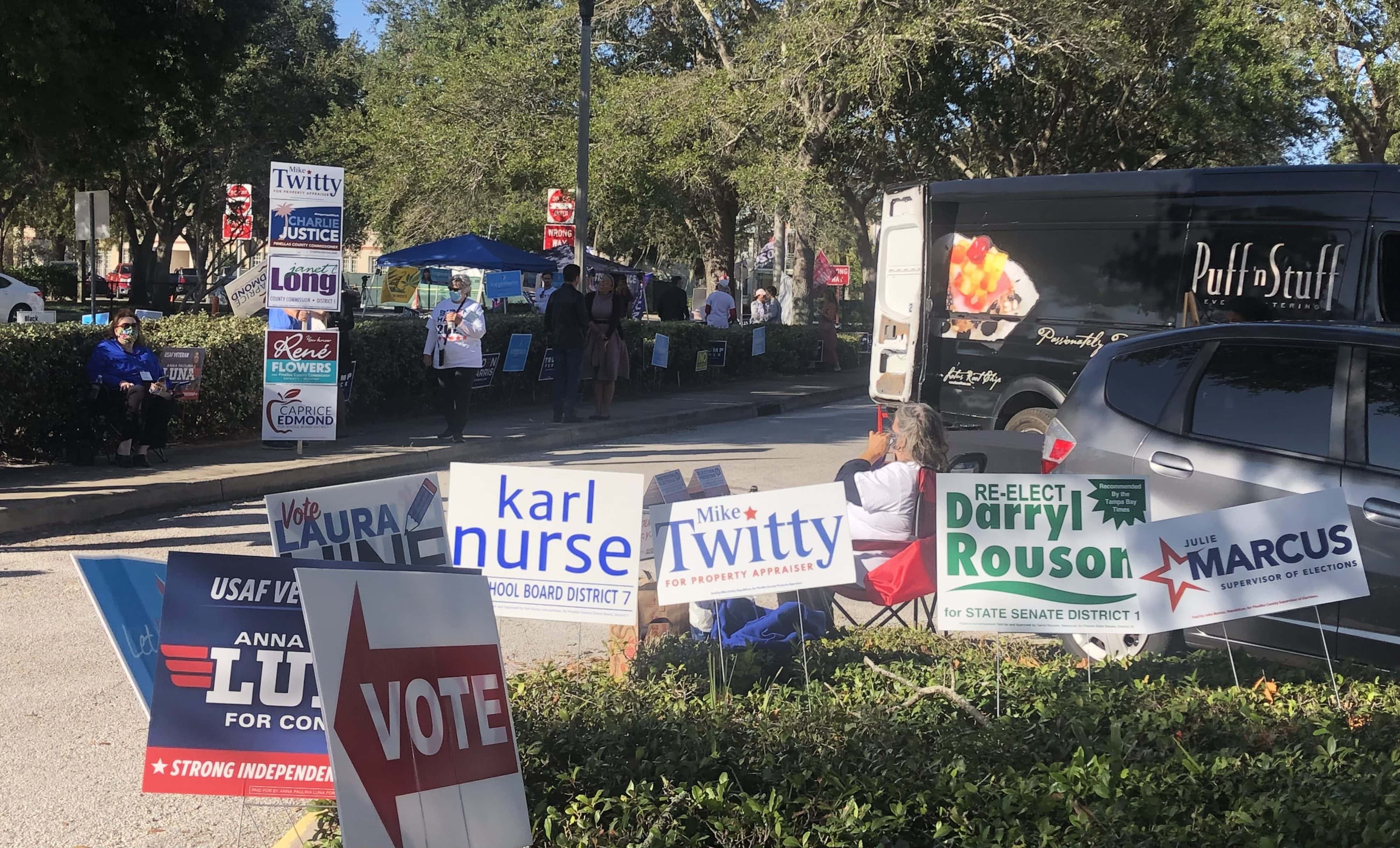 The group included county commissioners Janet Long and Charlie Justice, as well as state Rep. Ben Diamond — all of whom are on the ballot Tuesday.

The incumbents were bursting with excitement, each hopeful for a victory in their respective races.

“It’s a blessed thing to be able to pick and choose our leaders,” Crist said about the election. “That’s what’s great about America, we have that opportunity — Republican, Democrat, independent, whatever you are, just make sure you vote today.”

The Democratic leaders also have high hopes for the national presidential election, with Crist predicting a narrow win for Joe Biden.

President Donald Trump had a late surge in Pinellas County against Biden, though he’s still significantly trailing, according to the latest countywide survey from St. Pete Polls. The poll, taken Monday among 1,520 likely Pinellas County voters, shows Biden leading 54% to 45% in the county, a nine-point margin well outside the poll’s 2.5% margin of error.

Diamond voiced similar sentiments, adding that a win for Biden may look good for other down-ballot races.

“I think Joe Biden is going to win Florida, I think that is going to help us in our down-ballot races in the state House, and I see us picking up a number of these competitive seats,” Diamond said.

With tensions mounting leading up to the results of the election, worry over potential violence has been on many minds. Commissioner Long said Tuesday morning on a call, Sheriff Bob Gualtieri reported there has been nothing on social media or otherwise that leads them to believe there will be violence following the election. But, if there is, “they’re ready for it,” Long said.

“I think it’ll be just fine,” Long said. “Pinellas County has got a reputation of handling their elections in a very fair and very effective way, and I don’t see any reason why this year isn’t going to be the same.”