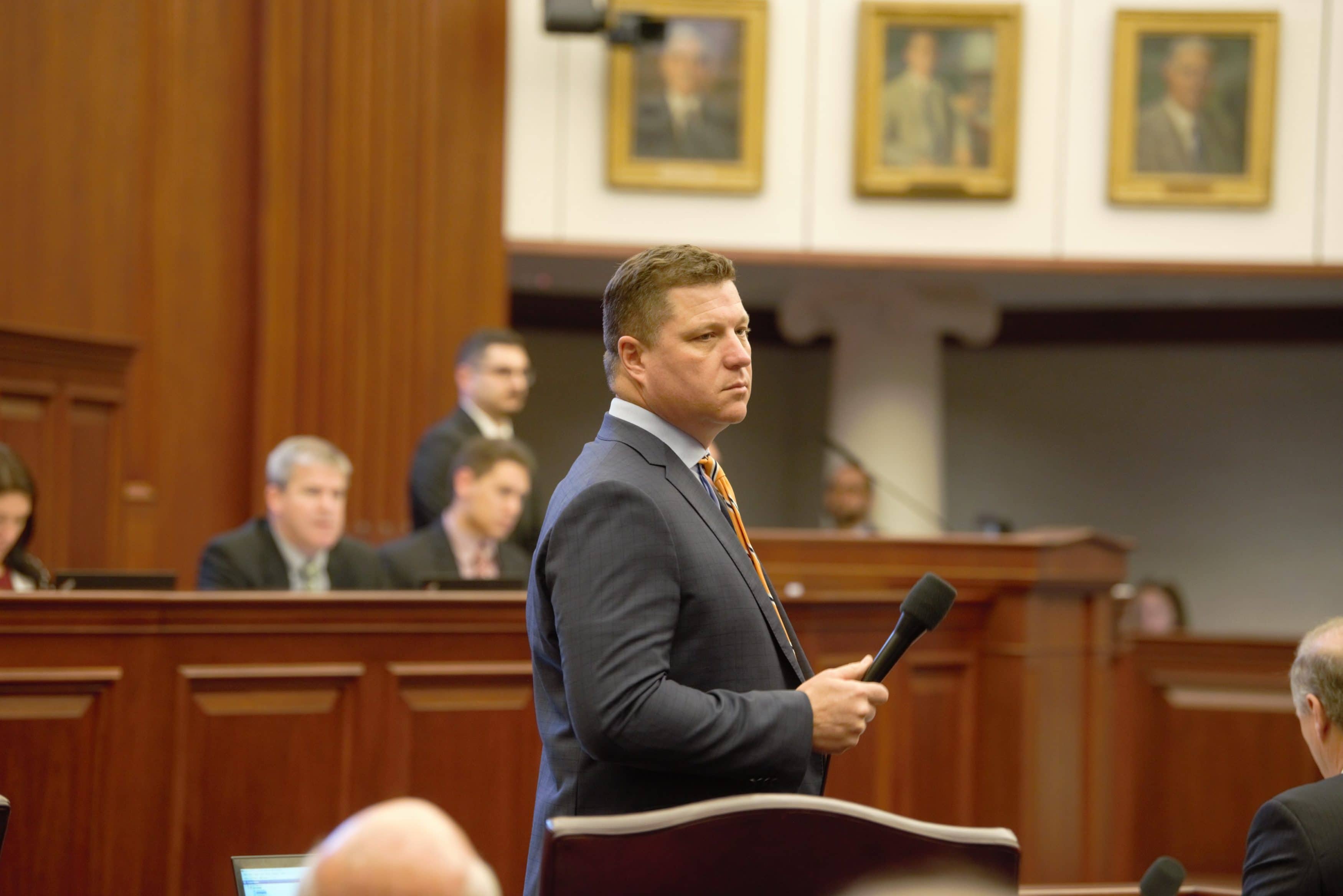 With a class of new lawmakers elected this week to the Florida Legislature, Sen. Jeff Brandes is hopeful that the state could see property insurance reform this Session.

The amount of litigation, fraud and a lack of insurance flexibility are driving up rates for policyholders, but inflating costs are unsustainable, the St. Petersburg Republican said Thursday, and could force the issue before lawmakers.

Brandes spoke during the Florida Chamber of Commerce’s Annual Insurance Summit alongside Barry Gilway, the president, CEO and and executive director of Citizens Property Insurance.

“I think what you’ve seen is a number of legislators leave that have a different perspective on insurance for bringing in a new group of legislators that have a new vision, I think, for what needs to happen,” Brandes said. “And then you have some more seasoned legislators like myself and a few others who have a vision for where they want to take things and understand the major issues.”

Using Citizens — Florida’s nonprofit insurance agency and the largest property insurer in the state — as a barometer for Florida’s insurance industry, the Senator believes the industry is unhealthy.

Kyle Ulrich, president and CEO of the Florida Association of Insurance Agents, moderated the panel between Brandes and Gilway.

“I’ve seen my fair share of tough markets in my 16 years at the association, and it appears as though we’re headed into one of the tougher ones that have been around in quite some time,” Ulrich said.

High amounts of litigation, an artifact in Florida created by Hurricane Irma, have forced insurers to increase their rates and for the Office of Insurance Regulation to accept those hikes.

Assignment of Benefits (AOB) reforms from the 2019 Session appear to have helped reduce suspected abusive litigation. AOB filings have been nearly halved since that legislation kicked in.

But AOB schemes now appear to be shifting to first-party claims.

“You always get your hand slapped if you call it fraud, but what is happening in a lot of these counties is you have large consultants representing attorneys and public adjusters … and they’re basically working together to manufacture claims,” Gilway said.

However, Brandes wasn’t as measured when referring to the possibly abusive litigation.

“The reason that we’re having so many large claims and so many inflated claims has to be fraud. It just has to be,” he said. “We need to make a commitment to being number one in the country for fighting insurance fraud, because it’s what driving everybody’s rates.”

To make continued reforms, Brandes said the Legislature should take a page from Texas’ efforts to curb excess litigation and Georgia’s efforts to increase flexibility for policyholders. Instead of being tied to one-size-fits-all policies, the Senator argued the state should “allow consumers to match their policy to their pocketbook.”

Gilway said that Citizens is already exploring Brandes’ recommendations that wouldn’t require new state law. But those decisions ultimately come down to the Office of Insurance Regulation.