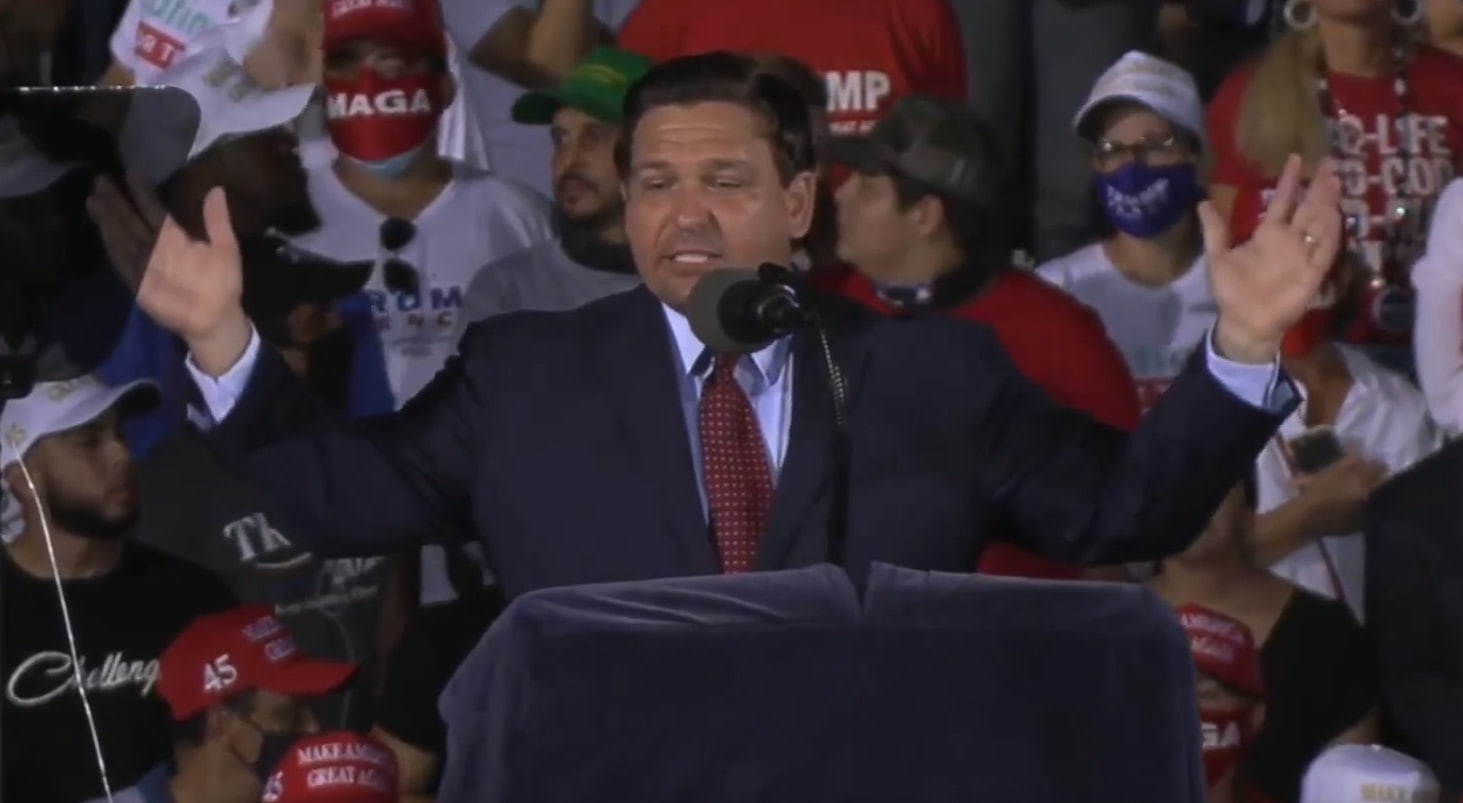 The Governor wants residents of those states to call their lawmakers to exhaust all options.

In order to counteract election officials that he says aren’t following the law in Michigan and Pennsylvania, Gov. Ron DeSantis suggested that those states’ legislatures consider selecting electors who would buck the states’ popular votes and cast votes for President Donald Trump.

In states where Republicans contest the fairness of the electoral process, residents, DeSantis said, should call on their state lawmakers to select electors who would ensure the law is followed. Especially residents of states with Republican legislatures, such as Pennsylvania and Michigan, should take action to exhaust all of Trump’s options for victory, the Governor told Fox News’ Laura Ingraham on “The Ingraham Angle.”

“Under Article II of the Constitution, presidential electors are done by legislatures and the schemes they create in the framework,” DeSantis said. “If there’s departure from that and they’re not following the law, if they’re ignoring law, then they can provide remedies as well, so I would exhaust every option to make sure we have a fair count.”

The presidential election is a series of statewide elections that inform how each state’s allocated electors vote in the Electoral College. But those members, chosen by state legislatures, can flout their state’s selection and instead cast their vote for a different person, an action that makes them a “faithless elector.”

Wisconsin, Michigan, 30 other states and Washington, D.C. have laws that attempt to bind electors to their statewide or district majorities. Those laws were upheld in the Supreme Court this year.

Because the President “worked his heart out” the last four years and on the campaign trail, the Governor said the nation needs to ensure Democratic nominee Joe Biden doesn’t win the election. Currently, he is on track to secure more than 270 electoral votes, giving him a majority in the Electoral College.

“We need to see this through, we need the law followed, we need people to be able to observe when the law allows that and this has got to be on the up and up,” DeSantis said. “I would just urge everyone, donate to the President’s legal relief.”

Like he has over the last three days and beyond, the Governor decried the election laws in some states like Wisconsin and Pennsylvania that allow election officials to count ballots received after Election Day. In Florida, eligible voters can request vote-by-mail ballots, but they must be received by Election Day. Florida also keeps a running tally of how many mail, in-person early and Election Day ballots have been cast.

“All the votes are in, and then you know how many votes are there,” DeSantis said. “We track as every voter comes in to vote or submits a mail, we know the universe, then you count it, you produce a result.”

He lamented “chaotic” processes in other states that have made people lose confidence in the election.

“You’ll get like a 4 a.m. dump of massive votes for one candidate and almost none for the other, and people look at that and they just scratch their heads.”

Since Fox News called Arizona for Biden, DeSantis has attacked the network and requested that they rescind the call. He has also complained that networks were slow to call Florida for Trump “even though it was so blindingly obvious he won it big.”

“There’s been a double standard and there seems to be there’s been more of a rush to call states for Biden and to create a narrative that Biden is the rightful winner,” he said.