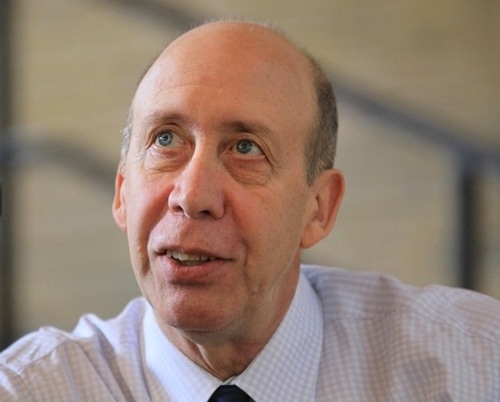 A full plan will be presented in December.

“Per our discussion this morning I am preparing a retirement transition plan,” Barwin wrote. “I expect the plan will be complete and be able to be reviewed and presented for City Commission consideration at the City Commission regular December 7, 2020 meeting.”

Arroyo, who had asked for the manager’s plans to be an agenda item at an upcoming meeting, stressed his conversation with Barwin was not divisive or negative. But he had heard rumblings the manager would soon retire.

“He wants to live his life, to go to the Van Wezel and just walk around without worrying about how it’s being run,” Arroyo said.

The Tuesday elections in Sarasota saw incumbent Willie Shaw, who was on the Commission that hired Barwin, unseated by Kyle Scott Battie. Arroyo won an open seat against Dan Clermont. Commissioner Liz Alpert fended off a challenge by former City Commissioner Terry Turner, who also served when Barwin was hired.

Barwin stressed elections offer cities a chance to refresh and reevaluate priorities. With a new Commission coming on board, it’s a good time to talk transitions, he said. But with so many complex issues from transportation to redevelopment of The Bay underway, he wanted to plan a months-long exit.

It’s also no secret elections can bring turnover in city administrations, in Sarasota and elsewhere. Barwin has been on the job more than eight years, longer than most city administrators, but the past few executives were asked to leave their jobs amid political controversies.

Barwin has said in the past he wanted to outlast Sarasota’s first city manager, Ken Thompson, whose 38-year tenure set national records. He will end up leaving about three decades short. But since Barwin is 66 now, it may have been a lofty goal.

Barwin notes he leaves as Sarasota has been ranked by U.S. News and World Report as the best place in America to retire. Now he plans to do the same.

nextLast Call for 11.10.20 — A prime-time read of what’s going down in Florida politics