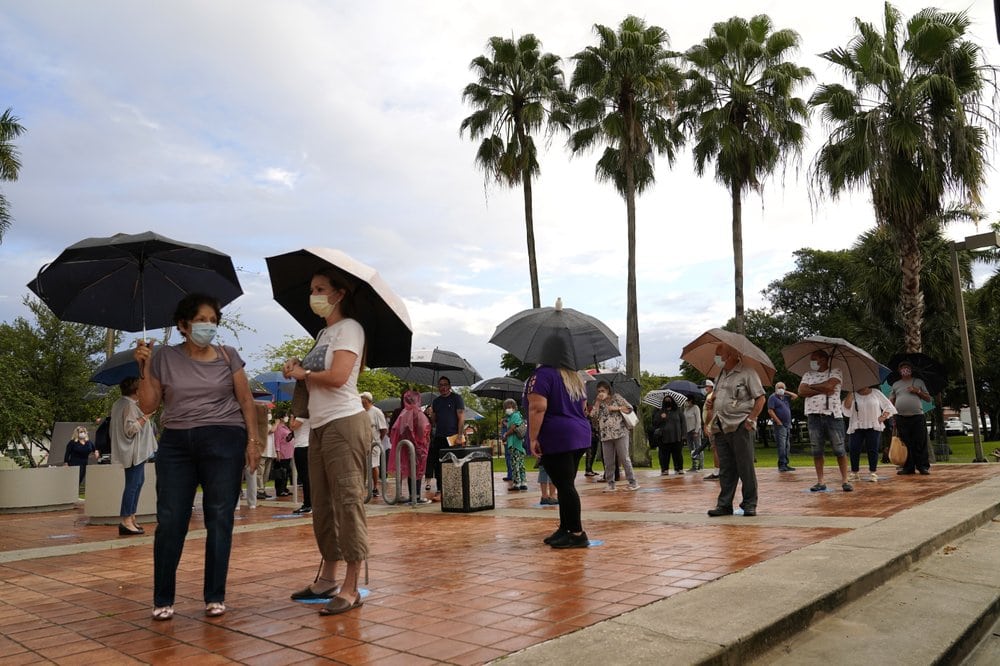 Republicans cleaned up this election.

Florida is more than one-week postelection, following Democrats rough night against Republicans who dominated at the polls.

The red wave the state saw raises the question: Is Florida still a swing state? Tiger Bay Clubs from across Florida joined Thursday to discuss takeaways from the 2020 General Election.

Susan MacManus, a voting expert and University of South Florida distinguished professor emeriti, said it depends on the perspective. Democrats, she said, would argue that it is, while Republicans may differ.

“Republicans say, ‘Absolutely not — we won, we gained seats,'” MacManus said. “The Democrats say ‘yes we are.’ And they have a right to say that a lot of their problems in this election frankly was just the way the campaign was run.”

MacManus said most people still see the Sunshine State as swing state, at least from this election cycle, by pointing at voter registration, TV ads and campaign tours. Of Florida’s 14,441,869 registered voters, 5,169,012 are Republicans, and 5,303,254 are Democrats. That leaves a little under one-third of voters registered as third party or no party affiliated voters.

“I think the bottom line is that most people still look at Florida as a swing state,” she said. “You look at our registration and in terms of the expectation in this election that we would be a swing state, nothing proved it more than the fact that we received the most money spent on TV ads of any state, and we had the most candidate visits in the eleventh hour of the campaign when it matters most.”

Republican pollster Ryan Tyson dissented from MacManus, saying Republicans do not yet see Florida as a red state, and the state could flip blue if Democrats put forth a historical candidate.

“We are a swing state,” Tyson said. “Any Republican that remotely thinks that we are not, I would love to spend 20 minutes with you and I can convince you why. I think candidates still matter — all it takes, in my opinion, is for the Democrats to nominate the historical figure, like an Obama, and immediately he can put back the demographics necessary to be successful in this state.”

When analyzing why Republicans did so well at the polls, the consensus among panelists seemed to be campaigning — especially with the impact of COVID-19.

“From the get-go the disadvantage that Democrats had once COVID hit was the instructions not to go door-to-door campaigning and registering voters,” she said. “Florida Republicans didn’t miss a beat — they kept going door to door, social distancing with masks — asking people to register … So I think that’s an old lesson that was really vividly played out here — too much reliance on social media is still not going to be a really solid personal contact grounding.”

“We basically tried to copy the 2012 playbook from Obama,” Tyson said.

“I think there’s a lot of self loathing going on in my party right now,” Schale said. “Anybody who thought beating Donald Trump was going to be easy was completely not paying attention to reality … In the end, the biggest thing this election cycle is Donald Trump will not be President and Joe Biden will be.”

Despite the success this election cycle from Republicans in Florida, the progressive Amendment 2 proposal for a $15 minimum wage passed in the state among voters. This juxtaposition showed what has been largely underreported in the state all along: Florida’s diversity.

That’s what MacManus said should be the biggest take away this election.

“You can see that the rural part of the Panhandle was the part of the state that voted no on that,” MacManus said. “But the rest of the area of the state was pretty supportive … This is a state where we have such a diverse population that nuances matter. And I think that’s a big lesson that both parties have taken away from this election.”