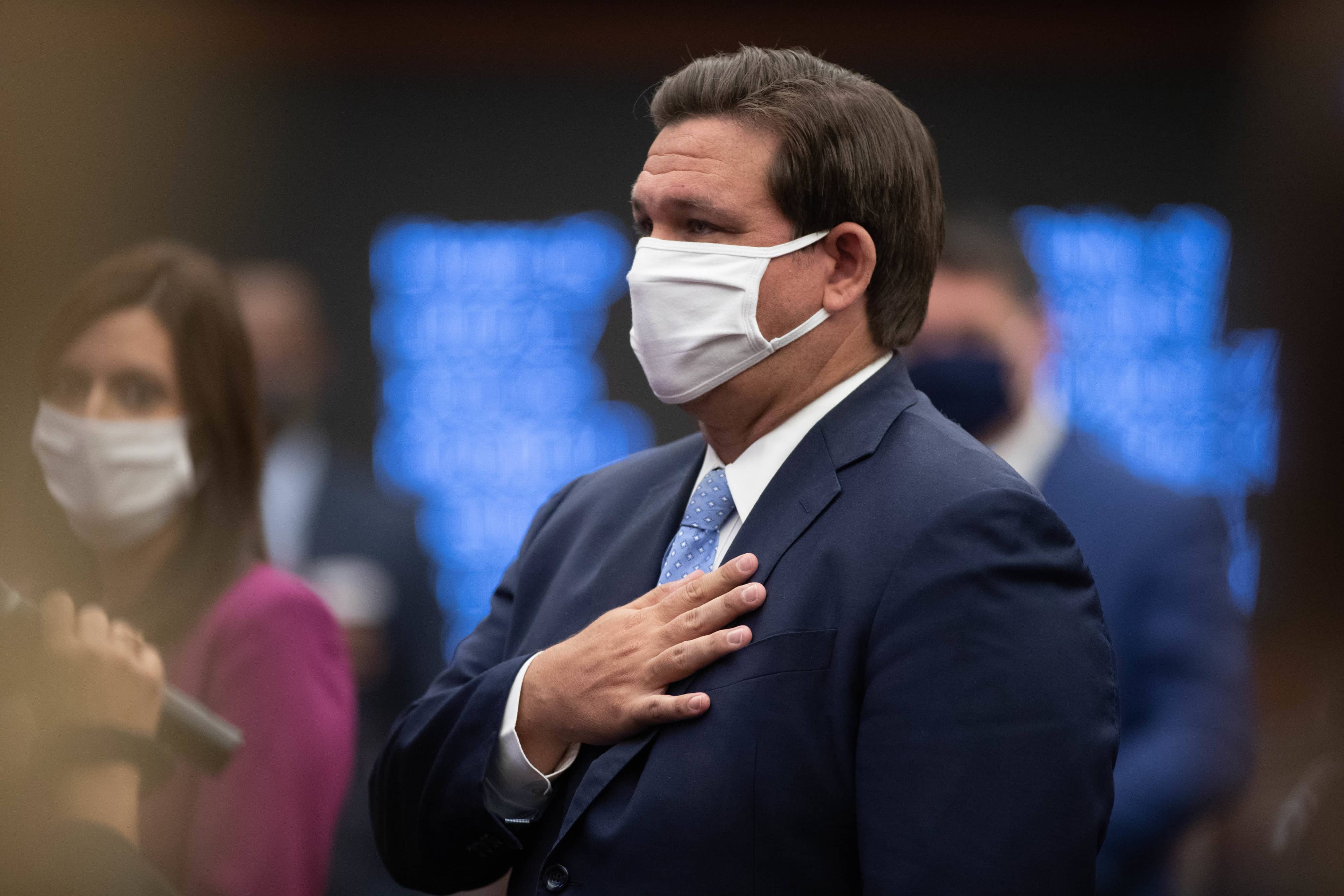 The mayors held a virtual news conference Wednesday to push for a statewide mask mandate and more.

A cohort of mayors from the southern portion of the state is urging Gov. Ron DeSantis to change his hands-off approach to COVID-19 as infections continue to rise.

“It’s unmistakably clear that Florida’s approach to managing this pandemic is failing pretty horribly,” Gelber said at the top of the call.

Gelber began by proposing a statewide mask mandate, as described in a letter the mayors are sending to DeSantis.

“Across the country, governors of every political stripe are doing it,” Gelber said. “They realize that it is clearly, at this point, one of the few things you can do that allows you to open up the economy in a way that protects the public and reduces the spread.”

Not only has DeSantis refused such a call, he has also blocked municipalities from enforcing regional mask mandates as the Governor has forced the state to reopen this fall. Gelber said DeSantis should reconsider those moves.

“The second thing is we’re asking the Governor to allow local governments to enact the kinds of remedial measures addressing local conditions, including enhanced mask enforcement.”

Phase Three of the state’s reopening plan also requires all businesses to open, subject to a limited number of restrictions from municipalities. The mayors’ letter asks for more leeway in those regulations, such as enforcing capacity limits and social distancing requirements.

Third, the mayors are pushing to restore state testing facilities to their fullest operation

Finally, Gelber and others are advocating for increased contact tracing capacity. The Miami Beach Mayor said for the week ending Nov. 13, Miami Beach contract tracers interviewed only about 40% of those infected. That’s insufficient to operate a useful contract tracing system, Gelber argued.

“I hope that he can revisit these things and understand that we’re here to work with him, not against him,” Hernández added.

“This is not about Republicans or Democrats. I’m a Republican and I’m the most conservative guy in the world. But we have to take care of our health and our businesses.”

Tensions have been high between DeSantis and Hernández in the past. Hernández was shut out of a July meeting between the Governor and local officials, leading Hernández to lash out at DeSantis.

“The reason why this pandemic is taking and destroying the lives of our residents is because our Governor acts like a spoiled child,” Hernández said at the time.

While the Hialeah Mayor at times tried striking a more cordial tone Wednesday — such as asking to work with the Governor — he also made clear the risks to his city should the virus continue surging.

“The masks and social distancing are what’s going to keep my businesses open. I am so fearful, and I hope I’m wrong and he’s right,” Hernández said.

Those critiques were echoed by Kriseman.

“The positions that the Governor has taken thus far have made our jobs very difficult,” Kriseman said.

The St. Petersburg Mayor showed particular ire for the Governor’s reliance on Dr. Scott Atlas, as well as his recent hiring of Kyle Lamb to serve as a data analyst for the state.

“The other person that apparently now is going to start giving us the data that we’re supposed to rely upon is a former sports blogger and Uber driver from Ohio. You can’t make this stuff up.”

The Governor’s team had said Lamb would merely be part of a team analyzing COVID-19 data and his role would not be limited to virus issues.

Gelber has previously hammered DeSantis for relying on Atlas, a Donald Trump-favored adviser who has advocated for a herd immunity approach in handling the virus. Gelber argues he has seen a shift in tone from the Governor since the start of the crisis in March.

The Miami Beach Mayor referenced a conversation he had with DeSantis near the spring break season.

“I called him up, sent him pictures of what was going on. He was incredibly concerned. And I, frankly, publicly said I was happy he was so available,” Gelber recalled.

“I think something’s happened since then where he’s decided to avail himself of some very bad advice.”

Gelber acknowledged recent progress regarding potential vaccines but argued the state is not nearly out of the woods yet.

“This thing isn’t over because the vaccine is on the horizon. In fact, I fear that the worst may still be in front of us,” Gelber warned.

Wagar, of Miami Shores, also urged the Governor not to shirk other mitigation efforts with the hope a vaccine will soon arrive.

“Give us the tools that we need to get to the vaccine with the fewest amount of deaths and hospital visits,” Wagar pleaded.

Dr. Anthony Fauci, the government’s top infectious disease expert, has said the vaccine could be available for highest-risk populations as early as December or January. The rest of the nation may need to wait until March or April, however, according to Fauci.

In the meantime, the signs are clear in South Florida and in the rest of the state that the virus is spreading much faster since the Governor ordered Florida to move into Phase Three of the state’s reopening plan on Sept. 25.

“We have a positivity rate that is well above what we said we would tolerate before we reopened,” said Mayor Ryan of Sunrise. “It has been sustained.”

While DeSantis and other reopening proponents want to avoid repeating the harm of widespread lockdowns, Gelber argued the state’s current approach is the worst of both worlds.

“While I fully share the goal of reopening our economy and avoiding debilitating lockdowns — and I know the Governor shares our view about the health of our residents — this approach is neither saving lives or livelihoods,” Gelber said.

“Our state’s primary economic engine is hospitality and people will not travel here if they believe it is unsafe. In fact, I’m convinced that projecting our state as a place where people are not wearing masks, and where the virus is allowed to spread unconstrained, will only serve to discourage visitors.”

Gelber said a shift in the state’s approach could save lives and avert the need for more serious measures.

“This isn’t to give the Governor a hard time about something political,” Gelber said of the requests from him and other local officials on the ground.

“We are very close to this. We see this. We know people who have gone to the hospital. We know families who have lost loved ones. It’s going to get much worse unless you change direction, and we are telling him that.”