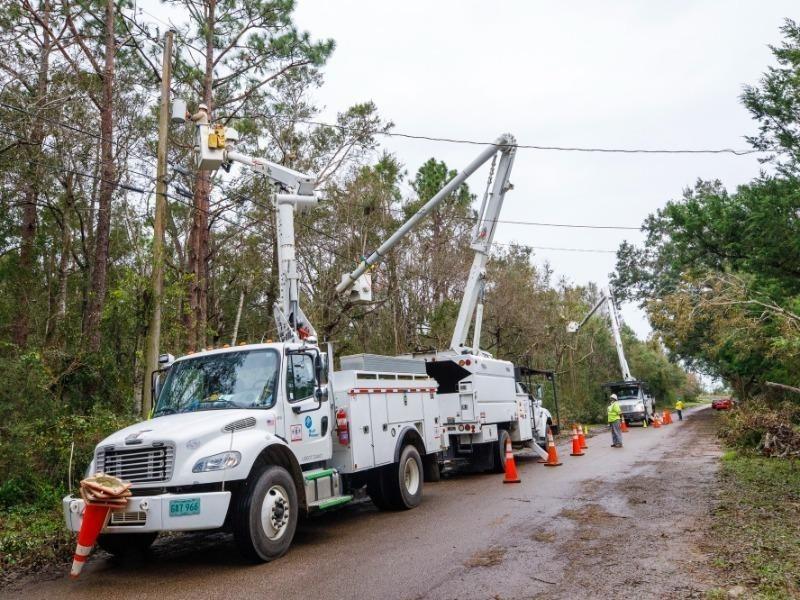 In a season that overlapped the coronavirus pandemic, most storms spun away from Florida.

As the most active hurricane season on record approaches an end, Florida overall has been relatively lucky.

The 2020 Atlantic season, which on the calendar ends Monday, has put up 30 named storms — requiring the use of the auxiliary Greek alphabet for the second time ever.

Also, it has included 13 hurricanes, of which six were categorized as “major” storms, with winds over 111 mph. That included 160 mph winds before Hurricane Iota made landfall on Nov. 16 in Nicaragua.

However, in a season that overlapped the coronavirus pandemic, most storms spun away from Florida.

“I’d say it’s luck,” National Weather Service meteorologist Mark Wool said. “There really isn’t any one particular thing that we can hang our hat on and say, ‘Well, this is what protected Florida this year.’ It just happened to be the positioning of the steering currents, as various systems developed, continuously steered them into the Gulf of Mexico as opposed to approaching from the east.”

But just because the season officially ends Monday, don’t expect the tropics to be quiet.

“I would not be at all surprised if we have another one or maybe even two named systems that develop between now and when we are finally said and done,” Wool, who works in Tallahassee, said. “Like I said, we have already established all sorts of records for this season, including the most named storms on record.”

Florida has been touched by four of the named storms, and only what had been Hurricane Eta made direct landfall in the state.

In fact, Eta technically twice made landfall, south of Islamorada in Monroe County on Nov.  9 and near Cedar Key in Levy County on Nov. 12. In each instance, Eta hit the state with tropical-storm-force winds.

The most memorable of this year’s storms for Florida was Hurricane Sally, which crossed the southern end of the peninsula as a depression before making landfall on Sept. 15 near Gulf Shores, Alabama.

Sally brought massive storm surge and flooding to the western Panhandle, including in Pensacola.  Among other things, the storm led to damage on the Pensacola Bay Bridge after a barge broke loose because of heavy surf.

Sally also was responsible for three deaths in Florida, while crop, livestock and aquaculture losses have been estimated between $55 million and $100 million by University of Florida economists.

Also this season, a disturbance crossed the Panhandle in July that later grew into Tropical Storm Fay off the coast of Georgia. And August opened with Isaias running north off Florida’s East Coast as a strong tropical storm.

None of this year’s storms brought the tension Hurricane Dorian created along the East Coast in 2019, the carnage Hurricane Michael inflicted on the Panhandle in 2018 or the sweeping damage Hurricane Irma left across much of the state in 2017.

The season was so active that storm watches and warnings were issued by the National Hurricane Center at some point for all but one county or parish along the Gulf and Atlantic coasts, from the Mexico border to Maine. That county was Wakulla, part of the Big Bend region south of Tallahassee.

The Big Bend also was the least storm-impacted region along the Atlantic and Gulf coasts, according to the National Weather Service.

The six-month hurricane season officially started June 1, but there had already been two named storms — both off the Carolinas — before that date.

Florida disaster-management workers had been at an elevated level of preparedness for three months before the hurricane season because of the coronavirus pandemic. They also had to modify hurricane plans on issues such as evacuations, shelters and arrangements for relief crews because of the pandemic.

Wool said some of those changes are expected to carry over whenever the pandemic is eventually considered under control.

“We were really trying to get people to think critically about, ‘Do you really need to evacuate?’” Wool said. “And if you do, try to seek out family or friends versus a public shelter, because those shelters were not going to be able to hold as many people due to social distancing concerns.”

nextDefying warnings, millions in the U.S. travel for Thanksgiving