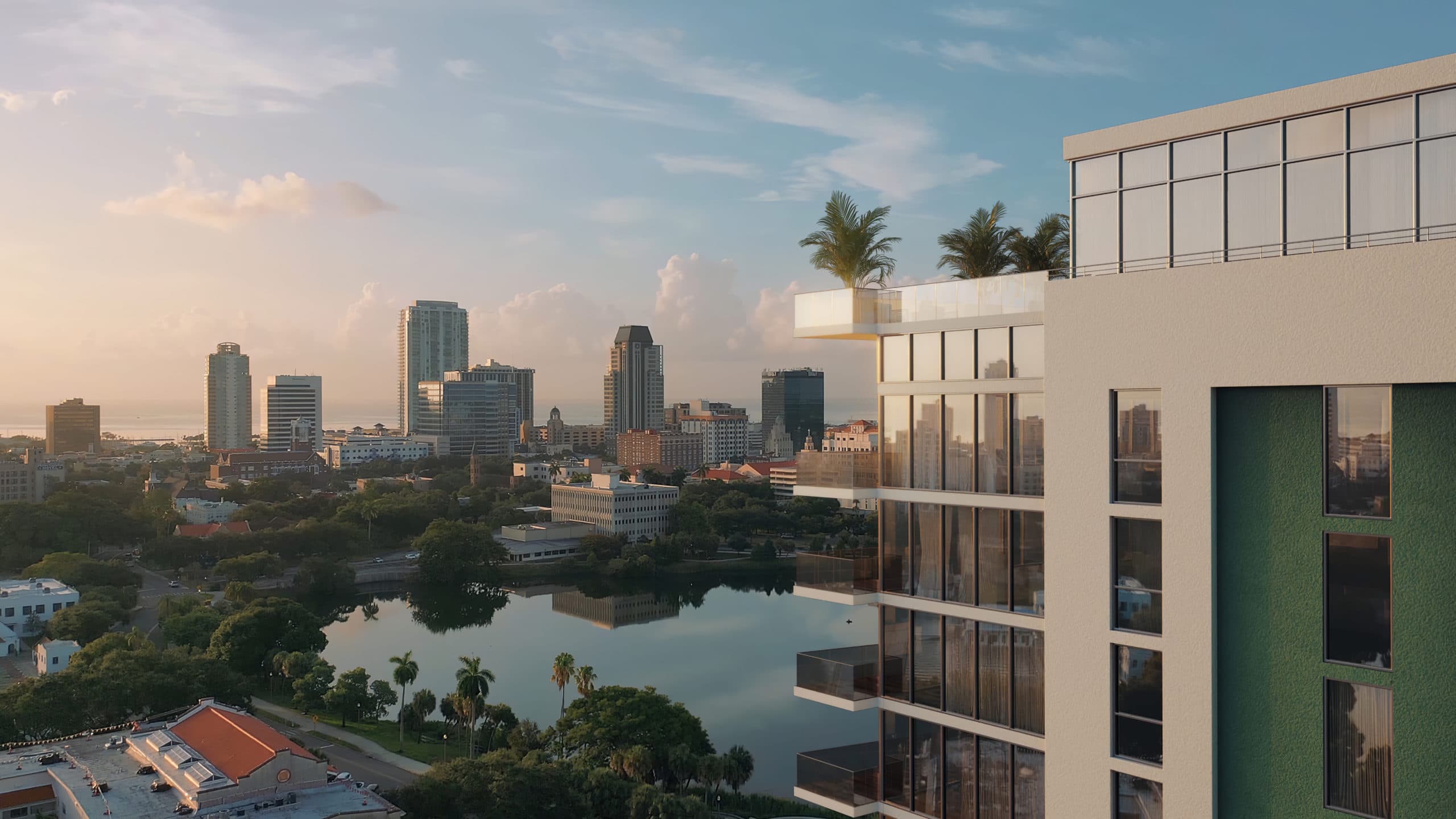 The planned tower will be a stand-out gem on Mirror Lake.

What do you get when politics meets real estate? An 18-story, 81-unit condo tower in downtown St. Petersburg.

Nick Hansen, a former adviser to Sen. Jeff Brandes and, most recently, a former executive with the medical marijuana dispensary company MedMen, and Jim Rimes, a prominent Republican consultant, are part of the team planning the Reflection tower on Mirror Lake.

The first six floors of the building will include parking as well as about 5,300 square-feet of ground floor retail. The residences will be on floors seven through 17 with the top floor dedicated to rooftop amenities with a view.

That’s a departure from other downtown condos whose top floors include swank penthouses. The rooftop amenities will serve all residents and offer views of the downtown waterfront.

Hansen told Florida Politics the views are unique to many downtown developments because they won’t be obstructed at sometime in the future if other developments get in the way. The surrounding property is under various historic designations, which limit building height.

The units in the building will range from 1,300 to 2,300 square feet with one, two and three bedroom units available. Because of the location, units will run about 30% cheaper than similar units along or near Beach Drive. Unit prices are expected to start at about $600,000 and run up to $1.3 million.

As of early November, the development had secured more than $20 million in reservations with at least 25 units reserved as of mid-November.

The team, Hansen said, is enthused with interest in the tower so far. He attributes part of the success to innovative marketing that offers a multi-dimensional virtual tour of units, including actual views from the available units.

“We’re employing tech that’s really not used,” Hansen said. “We droned the entire site so you can pick any floor you want to be on and see the actual views you would enjoy from that space.”

“Imagine you wanted to buy on the 14th floor. It would show you what your view would look like at 7 p.m. in October. You can literally say, ‘I want to see it one more floor up,’ and it walks you though the entire unit. We spent a lot of time doing that,” Hansen said.

The development is also taking lessons from the COVID-19 pandemic and will include protection against any future health crises by adding state of the art air filtration systems and touchless doors.

The development is another in a long line of wins for the continued downtown St. Pete boom and represents another expansion of attention from the coveted Beach Drive area. Mirror Lake has long been a hot bed for homelessness, but as more and more developments pop up, the area has seen fewer problems with crime.

Further to the west, the Edge District, aptly named because it abuts the downtown core, is now a seamless part of the downtown district after being merely a bridge to the area for decades.