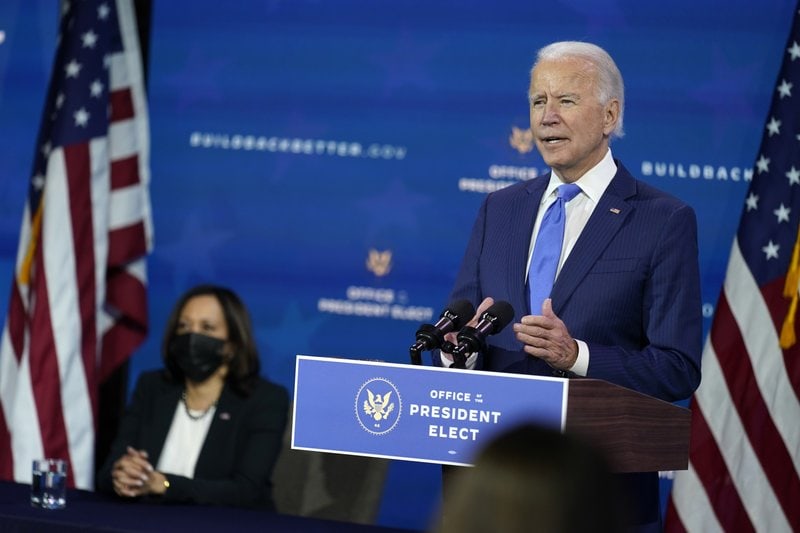 One Governor has reportedly declined an appointment to the administration.

Already one prominent candidate to lead the Department of Health and Human Services has faded from the scene. New Mexico Democratic Gov. Michelle Lujan Grisham was offered another Cabinet post — interior secretary — and turned it down, a person close to the Biden transition said Wednesday. That person spoke on the condition of anonymity to discuss internal deliberations. Lujan Grisham’s office had no comment.

Biden is expected to announce his choice for HHS secretary next week. That person has to have “the confidence of the President, the ability to operate collaboratively across the government, credibility within the health care world, and the capacity to work with the states,” said former HHS Secretary Mike Leavitt, who served under Republican President George W. Bush.

Rhode Island Democratic Gov. Gina Raimondo has emerged as a focus of attention for the top health job. Although Raimondo has been aggressive in confronting the virus, her state is facing a dangerous surge and struggling to flatten the curve. Separately, Raimondo’s business-friendly orientation may raise objections from the left flank of the Democratic Party.

Also in the running is former Surgeon General Vivek Murthy, co-chair of Biden’s coronavirus task force. Murthy has a soft-spoken demeanor and a reputation for consensus building. He’s the author of a recent book addressing the human toll of loneliness, a problem that has become more widely recognized in the time of COVID-19.

Alongside his health secretary, Biden is expected to name a top-level White House adviser to coordinate the government’s extensive coronavirus response. Vaccines developed under the Trump administration will be delivered on Biden’s watch, a massive undertaking that’s bound to have its share of logistical problems. Democratic health policy experts say the leading candidate is businessman Jeff Zients, an economic adviser in the Barack Obama White House who was widely credited with rescuing HealthCare.gov after its disastrous launch in 2013.

Keeping the focus on the virus, Biden is also said to be close to nominating a commissioner for the Food and Drug Administration and a director of the Centers for Disease Control and Prevention.

Under consideration for FDA are former deputy commissioner Dr. Joshua Sharfstein, who has also served as Maryland’s health secretary, and Dr. Luciana Borio, a member of Biden’s coronavirus advisory board who formerly held senior posts with the FDA and the National Security Council and has expertise in responding to disease outbreaks and bioterrorism.

Being considered for CDC director is Dr. Julie Morita, a top executive of the nonprofit Robert Wood Johnson Foundation, which works across a broad range of health care issues. Morita spent nearly 20 years in leadership jobs with the Chicago public health department, rising from medical director to commissioner.

It’s unclear if Biden will move right away to name an administrator for the Centers for Medicare and Medicaid Services, the HHS agency responsible for the government’s health insurance programs. CMS will play a central role in the new president’s efforts to expand health insurance coverage. A number of former Obama administration officials are under consideration.

Health care will be a defining issue of Biden’s presidency even after expected vaccines defuse the threat of COVID-19, former HHS Secretary Leavitt predicted. Addressing Medicare’s shaky finances will become an urgent priority before the end of the first term. The Congressional Budget Office projects that Medicare’s giant trust fund for inpatient care will unable to cover expected costs in 2024.