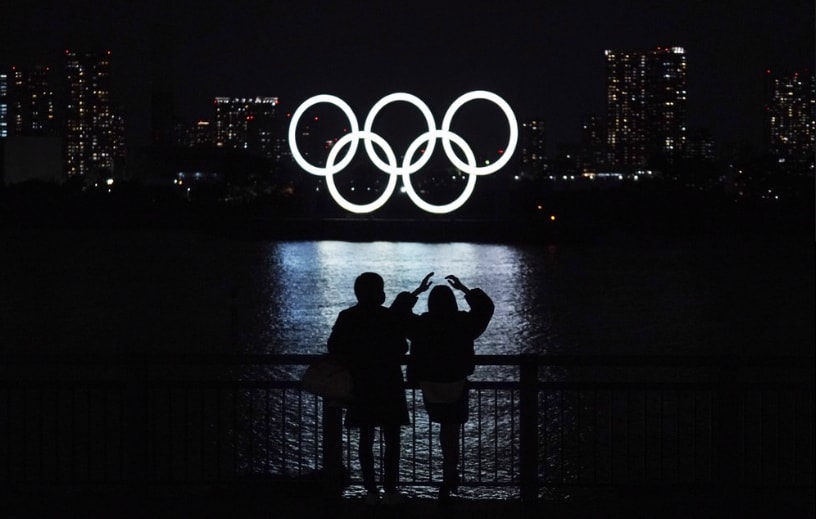 Tokyo Olympics as celebration? Not so much.

A mobile app could be among the measures used to track the health of fans from abroad if they are permitted to attend next year’s Tokyo Olympics.

An interim report on contingencies for holding the Tokyo Games was released on Wednesday. It was compiled by the Japanese government, the Tokyo city government and local organizers.

The portion concerning the app was leaked earlier in the day by Japanese newspaper Nikkei. It was met on social media by unhappy replies from Japanese citizens who fear the Olympics could put their health in jeopardy.

Japan, with a population of 125 million, has controlled the virus better than most countries with just over 2,100 deaths attributed to COVID-19. But Tokyo has seen record numbers of infections in recent weeks.

Toshiro Muto, the CEO of the local organizing committee, explained some findings of the report. But he was short on specifics in the online briefing. Some proposals might be discarded as conditions change, and almost everything is subject to revision.

“In general, I think we would like to be able to work out the details by next spring,” he said, suggesting the groundwork had been prepared for many contingencies with the possibility of vaccines and rapid testing on the horizon.

It was in the spring eight months ago when organizers and the International Olympic Committee finally decided to postpone the Olympics after repeatedly saying they would go ahead this year.

Muto hinted again that the Tokyo Olympics may not be much fun. Athletes will compete and then be expected to to go home.

He was asked point-blank if the Olympics would have a “celebratory atmosphere.”

“If the games are to be held under the COVID-19 pandemic, I don’t think the Olympics will be as festive as they have been in the past,” he said. “We decided to hold a simplified Olympics. Therefore, as you can see in the planning for the opening ceremony, the Tokyo Olympics will be simplified rather than celebratory.”

Muto was also asked about the cost of the one-year postponement, but said he didn’t know yet. Some Japanese newspapers reported several days ago, citing unnamed sources close to the organizing committee, that the cost of the delay will be about $3 billion.

“We are in the process of the calculation of how much the cost is,” Muto said. “We would like to reach a decision as soon as possible but when it will come — I can’t give you a specific date. But by the end of the year we’d like to make an effort to come up with an answer.”

He was also asked if fans from abroad would be required to be vaccinated.

“This is a scenario we will start to examine once the vaccine is actually available,” he said.

nextStay home for the holidays or get tested twice, CDC urges