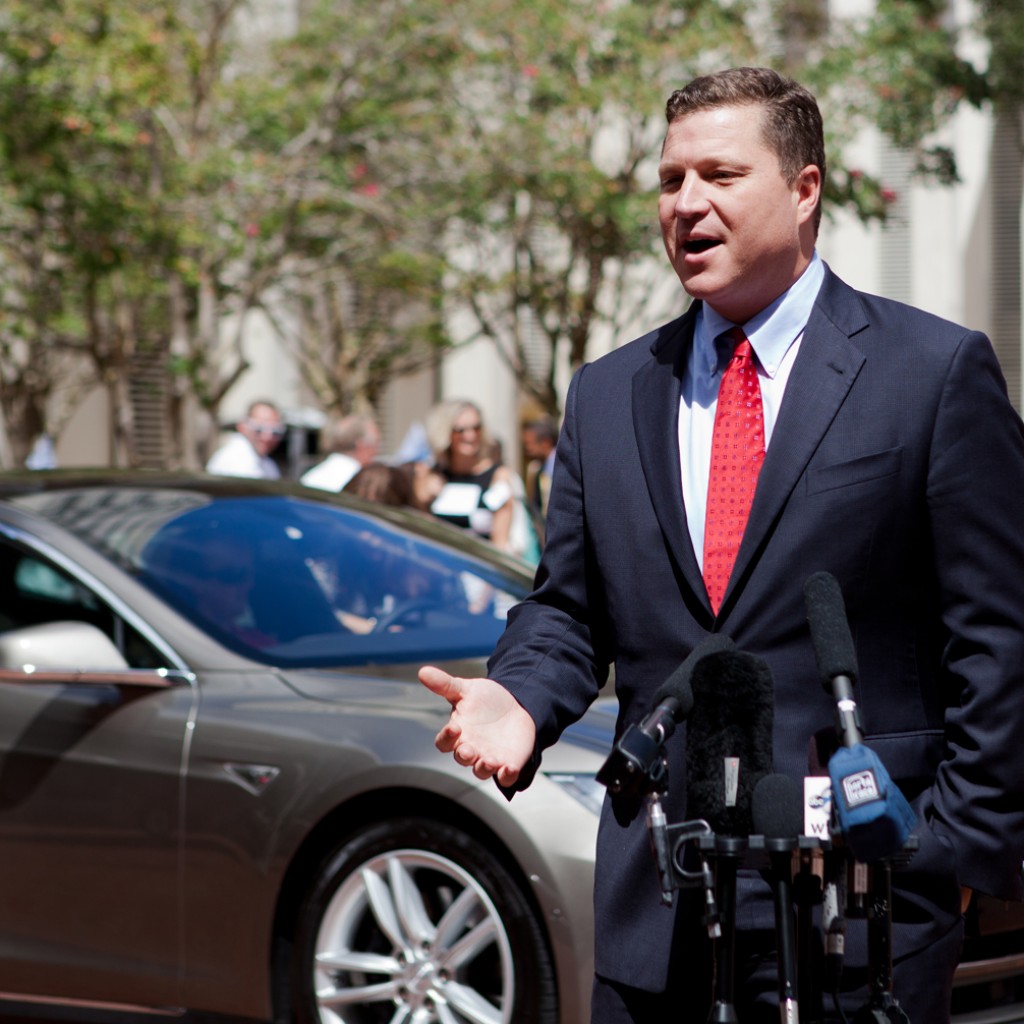 Experts believe that by 2030 up to a third of new cars sold will be electric.

Sen. Jeff Brandes hosted a conversation on the future of electric vehicles Thursday to kick-off the 2020 Florida Automated Vehicles Summit, an event that assembles industry leaders from around the world to address technology, operations and policies that affect emerging autonomous vehicle infrastructure.

The FAV this year is taking place virtually through a five-part series that will run from December through April 2021.

“I think about the state of Florida, and you guys are in the red zone,” Jonas said. “I actually think there’s a silver lining, because you put people working together —the smartest people in industry, working with the smartest people in government, and get taxpayer motivation behind it and public awareness, there’s nothing we can’t solve.”

The discussion recognized that cities need money and infrastructure to begin addressing emissions. Jonas emphasized progress moving to electric cars will have to be driven by local and state government in order to achieve significant change.

“I think that policies at the state and local level, and decisions made by boards in large companies, will make the difference between whether the United States can remain a leader in this great industry and then these new industries, or whether we’re taking a lead for some of our economic rivals,” he said.

“Along the way, there’s going to be enormous economic development across the country and certainly in Florida,” he said.

Brandes has notably acted as a statewide leader in advocating for pro-autonomous vehicle legislation.

In 2019, the Senator filed a bill (SB 1230) that would expand electric vehicle infrastructure in Florida; however, the bill died in committee.

Brandes’ bill would have incorporated emerging innovative technologies into the Florida Department of Transportation’s mission and established a grant program to increase electric vehicle charging stations throughout the state.

Under FDOT’s current mission, the agency is required to “ensure a cost-effective, statewide, interconnected transportation system,” but does not have to consider innovation in its planning.

“Experts believe that by 2030 up to a third of new cars sold will be electric,” Brandes said in a prior report. “EV technology can reduce the costs families pay for transportation, mitigate our impact on the environment and, importantly, reduce our reliance on foreign oil.”

The next summit event is scheduled for Jan. 14.