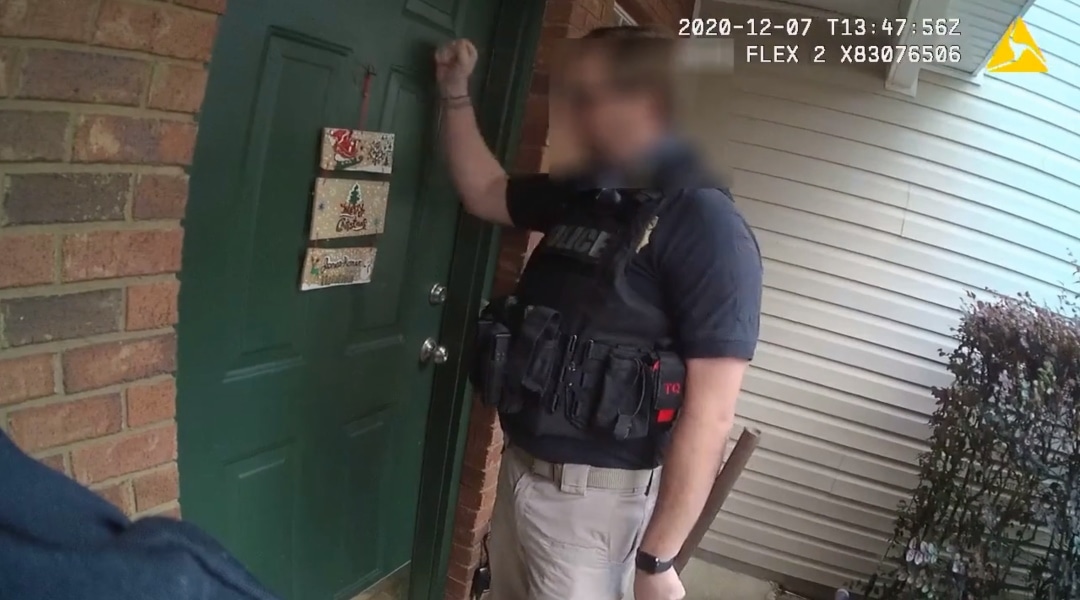 Gov. DeSantis blustered that it was not a "raid."

In comments in Tampa on Friday, Florida’s Governor attacked a local reporter for asking about a state police “raid” on a dispatched data scientist earlier this week, saying it was not a raid but routine.

A fired up Gov. Ron DeSantis was in high dudgeon when asked about the FDLE‘s seizure of electronics this week from Jones, the former state Department of Health employee turned whistleblower.

“Excuse me, I’m not going to let you get away with it,” DeSantis said after a roundtable spotlighting mental health efforts for first responders. “These people did their jobs. They’ve been smeared as the Gestapo for doing their jobs.”

“They went, they followed protocol,” DeSantis said, noting supporting video from the Tallahassee Police Department “showing that they were very respectful.”

“She was not cooperative,” the Governor critiqued. “It was not a raid. It was serving valid process in accordance with the laws and the Constitution of the United States and the state of Florida. They did it with integrity. They did it with honor.”

The Governor, not for the first time in his political career, offered some counsel to the media.

“To say it’s a raid is disinformation,” DeSantis said, before yelling “excuse me” to ward off an interruption.

The Governor’s exchange with the reporter was a followup from previous questioning, in which DeSantis attacked Jones’ character and gave the state’s case for her employment termination.

“This individual became known because she alleged a conspiracy theory at the Department of Health,” DeSantis said, one that’s “unfounded and unproven.”

“She was fired because she wasn’t doing a good job,” DeSantis said “You’d think that’d be the end of it; obviously, she has issues.”

At least one legislative leader came to the Governor’s defense.

House Speaker Chris Sprowls, on hand for the event, likewise agreed on Twitter that it was not a raid.

“Calling this a raid is ridiculous and inaccurate. Raids don’t start with the police calling first. They don’t knock on your door. They don’t wait around for you to answer. This is exactly why the public has trust issues w/ the press,” Sprowls tweeted Friday.