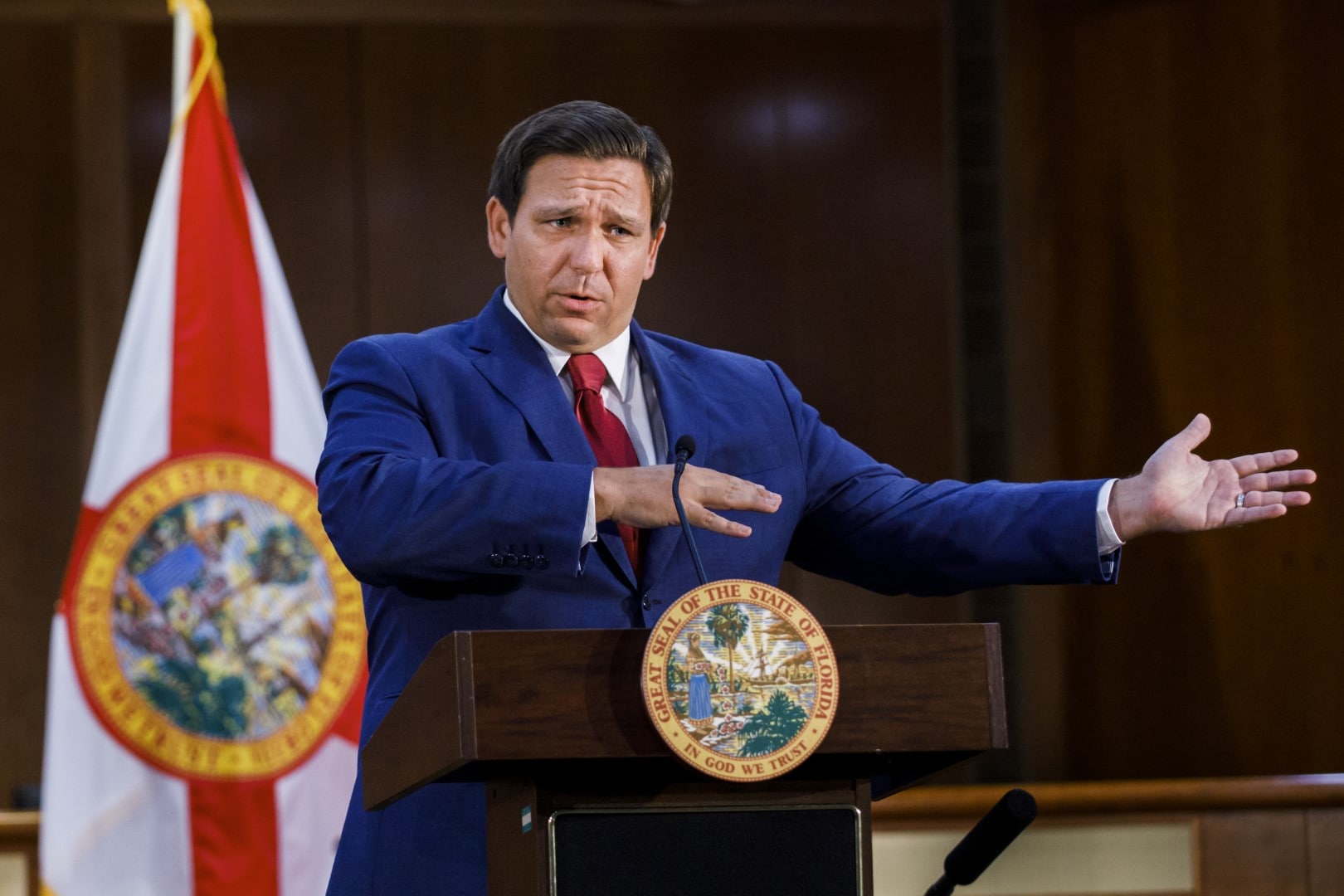 Gov. Ron DeSantis on Friday conceded there is little he can do to move Florida toward the front of the COVID-19 vaccination line.

Speaking in Tampa, DeSantis explained discussions with Pfizer are done at the federal level, far outside the grip of the nation’s governors.

“Whatever we could do to accelerate we would, but I think it’s going to be controlled effectively by the federal government,” DeSantis told a reporter when asked if pushing the pace is possible.

The Governor’s acknowledgment comes a day after he announced Florida will receive 179,400 Pfizer vaccines within the week. Due to the limited doses, the first vaccine wave will be reserved for long-term care residents and healthcare workers.

“We should be optimistic about what could be coming down the pike here. Look, if I could get double, I would get double. I thought that because we have more elderly population, it should not just be population, but it should be underlying demographics,” the Governor said, adding that he was “going to  fight for as much as we can get.”

Pending FDA approval, shots in the arm could begin as early as this weekend in Florida.

Federal emergency use authorization of Pfizer’s COVID-19 vaccine appeared imminent Friday. During an “Operation Warp Speed Summit” on Tuesday in Washington, D.C., Trump administration officials said the drug would be shipped to states within 24 hours of approval.

Of the 179,400 doses coming to Florida, 81,900 will be sent to CVS and Walgreens and the Florida Department of Health to vaccinate seniors and staff at long term care facilities, which include nursing homes and assisted living facilities.

The Governor on Thursday said strike teams will be mobilized to “supplement vaccination” for long-term care residents in Florida. Those teams will include the Department of Health, Florida Division of Emergency Management and Florida National Guard members.

The other  97,500 doses will be sent to Jackson Memorial Hospital in Miami, AdventHealth in Orlando, Tampa General Hospital, the Memorial Healthcare System in Broward County and University of Florida Health Jacksonville to vaccinate front-line health workers.

Twice this week, DeSantis noted that the hospitals also will work to get vaccines to other nearby hospitals for their front-line workers.

”I know that Tampa General is working with folks in Southwest Florida, like Lee Memorial.” DeSantis said Friday, referring to the health system in Lee County.

Additionally, DeSantis has said hospitals will help in the state’s efforts to vaccinate the broader population once vaccines become more widely available.

Tampa General Hospital issued a statement Friday saying that after it vaccinates its workers and “if the vaccine supply received allows for it,” the hospital will supply nearby hospitals for front-line workers.

The Johnson & Johnson vaccine, however,  requires one dose and is more easily stored.

The Johnson & Johnson vaccine is expected to receive FDA approval in January and may begin distribution as early as February.