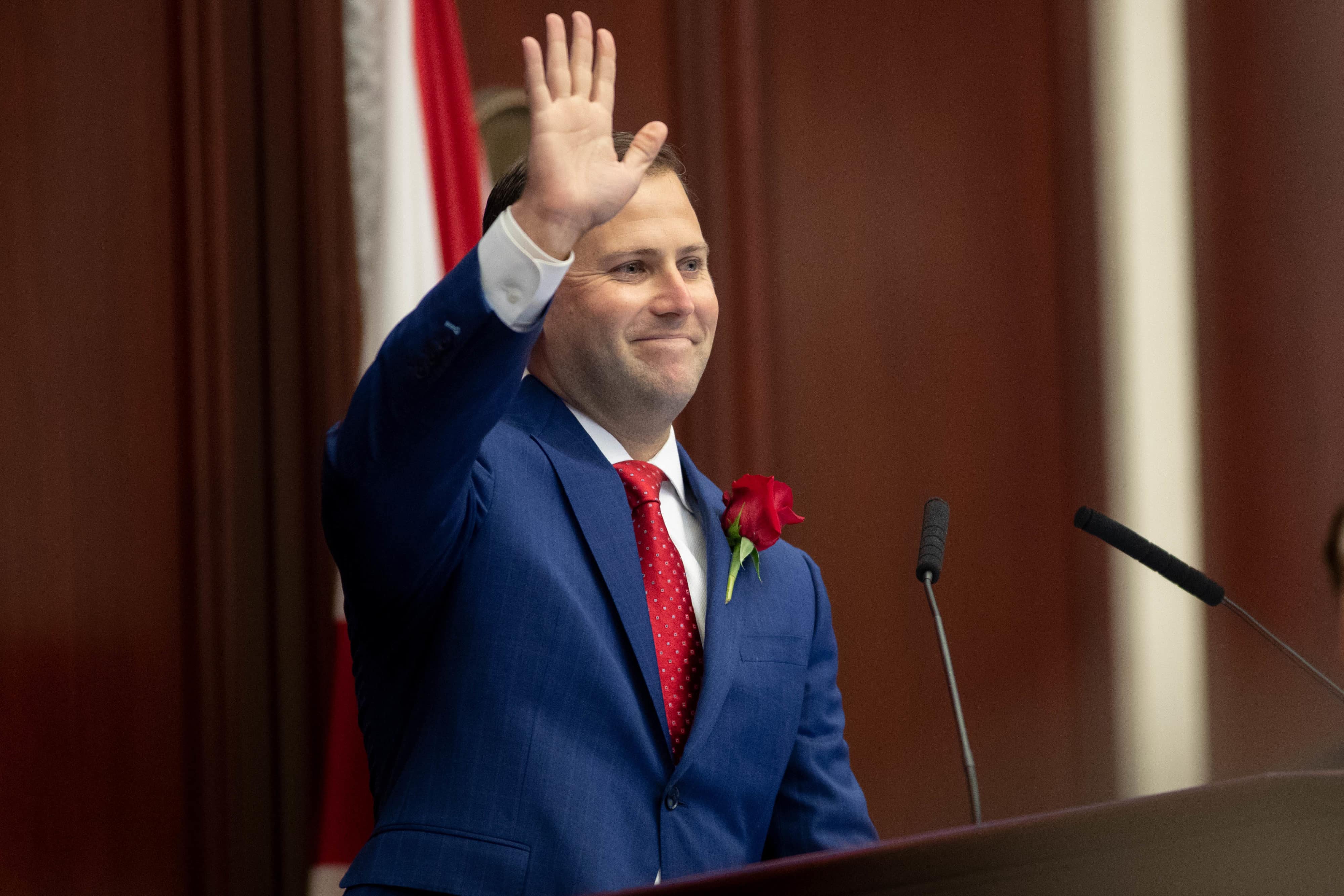 The 29 Florida electors who actually will cast votes to pick a President convene today in Tallahassee? The list of individuals include some prominent elected officials, but also significant donors to Republican campaigns in the state.

At least three members of the Electoral College this year had to cancel ahead of the convening.  Any alternates will fill in for absent members will not be known until the college convenes this afternoon in the Florida Senate, according to Republican Party of Florida chair Joe Gruters.

The Republican Party of Florida submitted the slate of electors to the Division of Election in advance of the election. Electors are called upon to cast votes on Florida’s behalf after Trump won the presidential election in Florida even as he lost nationwide.

Maximo Alvarez, a Cuban immigrant who came to the U.S. as part of the Peter Pan program, spoke at the Republican National Convention earlier this year. He serves now on the Board of Trustees for Florida State University.

John Browning has served on the Florida Transportation Commission and the St. Johns River Water Management District. He resigned his post in 2017 after a controversial Facebook post about flying on a plane with a man wearing a headscarf.

Nelson Diaz, managing partner for The Southern Group’s Miami office, serves as chair of the Miami-Dade Republican Party. Over-performance in Miami-Dade helped Trump expand his lead in Florida significantly compared to the election in 2016.

Jeffrey Feingold founded Managed Care of North America Dental and served on the Florida Atlantic University Board of Trustees for a decade. (Update: Feingold last week canceled his participation in the Electoral College and an alternate will fill in.)

Charlotte Flynt, state committeewoman for Walton County, owns Two Oaks Construction and has served on the Northwest Florida State College Board of Trustees.

Gay Gaines has been a celebrated Republican activist in South Florida for years and was honored last year by the National Review Institute. (Update: Gaines last week canceled his participation in the Electoral College and an alternate will fill in.)

Sen. Joe Gruters, a Sarasota Republican, serves as chair of the Republican Party of Florida. He previously served as Florida co-chair for Trump’s 2016 campaign.

Marva Johnson, who previously chaired the Florida State Board of Education, served on the 2020 Republican National Committee Host Committee as it was considered whether to move the event to Jacksonville.

Belinda Keiser, a vice chancellor for Keiser University, ran in 2018 for Florida Senate for a seat ultimately won by Republican Gayle Harrell.

J.C. Martin, chairman of the Polk County Republican Party, campaigned on the critical I-4 Corridor.

Pat Neal, a Southwest Florida developer, once served as a Democrat in the Florida Senate, but for years has served as a Republican kingmaker for the region. He has chaired Florida TaxWatch and the Christian Coalition of Florida.

Sen. Kathleen Passidomo, a Naples Republican, is in line to be Senate President in 2022.

Rep. Daniel Perez, a Miami Republican, is in line to be Florida Speaker in 2024.

Moshe Popack, chairman and CEO of YMP Real Estate Management, was among the biggest financial donors to Miami-Dade Republicans.

Diane Scherff is president of the Trump Club of St. Johns County.

Frank Schwerin, a former chair of the Collier County Republican Executive Committee, has remained a leader in one of the state’s most reliably Republican counties.

Senate President Wilton Simpson just took the gavel in the Florida Legislature’s upper chamber. (UPDATE: Simpson tested positive for COVID-19 and will not be able to participate in the Electoral College vote; an alternate will be selected to take his place.)

Speaker Chris Sprowls, at the same time, took over as the presiding officer for the lower chamber.

Christian Ziegler, a Sarasota County Commissioner, serves as vice chair of the Republican Party of Florida and campaigned across the state alongside Gruters rigorously ahead of the election.

UPDATE: The alternate electors filling in for missing electors will be Lt. Gov. Jeanette Nunez and Sens. Jeffrey Brandes and Ray Rodrigues.