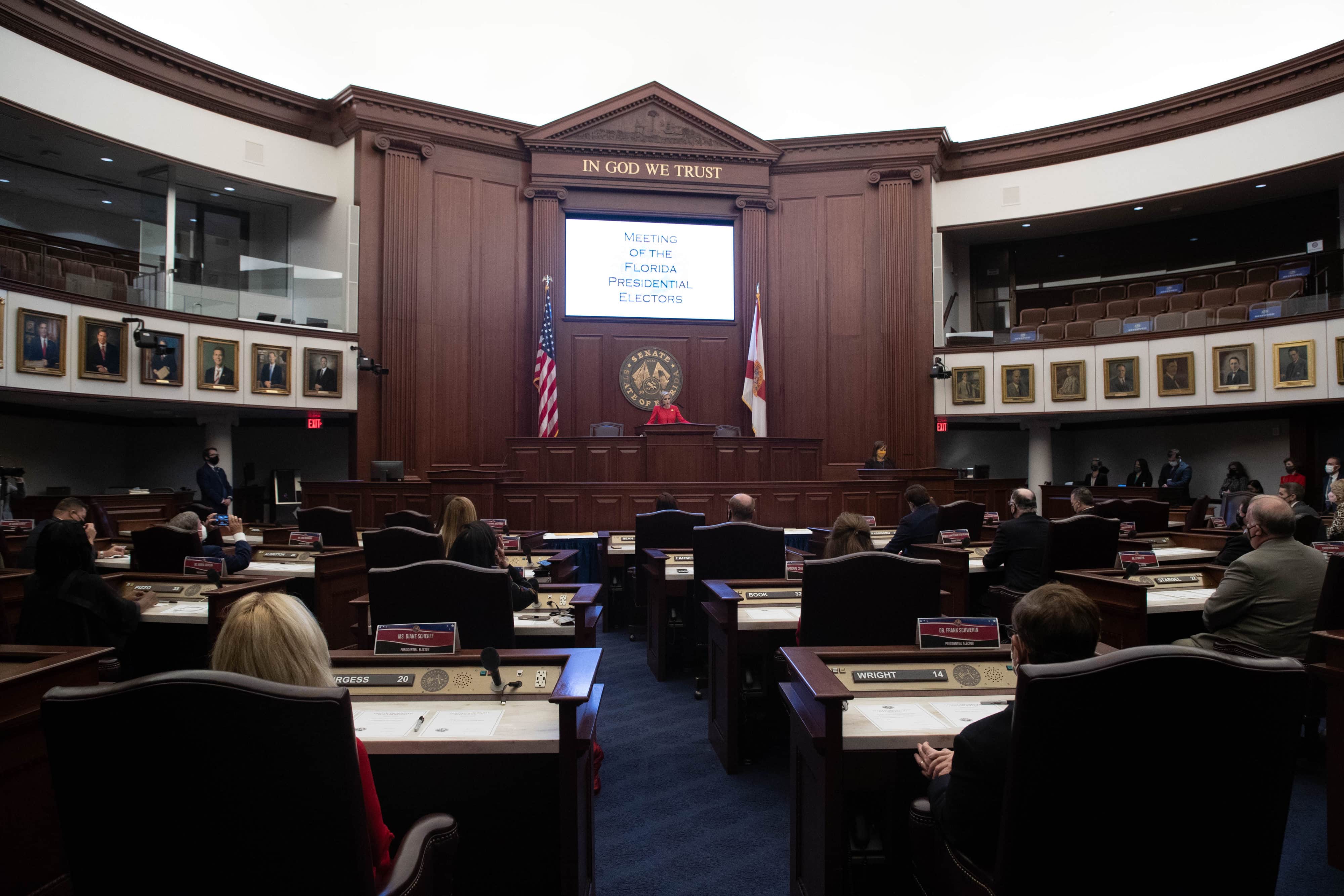 Similar proceedings are taking place Monday throughout the country.

Florida’s Electoral College cast their 29 votes on Monday for President Donald Trump and Vice President Mike Pence during a ceremony inside the Capitol Senate Chamber.

Trump won Florida with more than  371,686 votes. Secretary of State Laurel Lee presided over the Florida Presidential Electors meeting to recognize the results.

“Under the most trying of circumstances, Florida ensured a safe and efficient voting process (for) all Florida voters,” Lee said. “No matter how they chose to cast a ballot or who they voted, [they] should be confident in the integrity of our election system and the security of their vote.”

They will then be totaled in Washington during a Jan. 6 Congressional Joint Session over which Pence will preside.

Notably, Senate President Wilton Simpson, an elector, sat out of the meeting after testing positive for COVID-19 the night before. Sen Jeff Brandes replaced Simpson.

In a letter to Gov. Ron DeSantis, Simpson said he looked forward to casting his vote for Trump.

DeSantis and Cabinet Members CFO Jimmy Patronis and Attorney General Ashley Moody were also in attendance. They did not cast votes.

A full list of electors in attendance is online.

As mandated by law, similar proceedings will take place through Monday in all 50 states.

The proceedings, particularly in swing states, have drawn heightened attention this year amid Trump and Republican claims of voter fraud.

Lee credited the DeSantis leadership, Department of State staff, local officials and poll workers for ensuring Florida’s cyber and physical election security is “stronger than ever.”