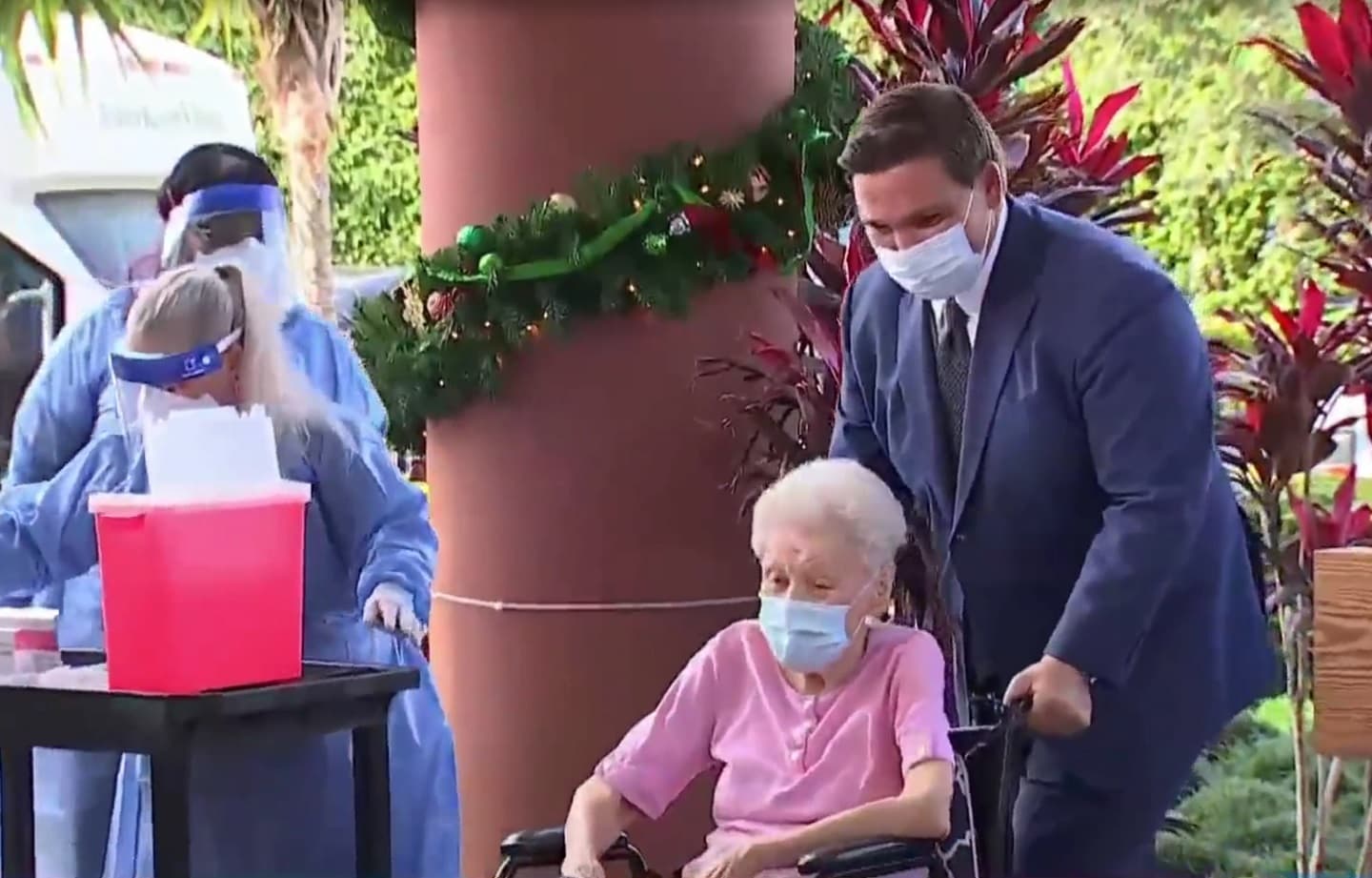 Walgreens and CVS have contracted with the federal government and will handle 60,000 doses in Florida, which could last the state a week to 10 days. But Gov. Ron DeSantis told reporters outside John Knox Village in Pompano Beach that time is of the essence.

Instead, he asked the Department of Health and the Division of Emergency Management to assemble strike teams, which have started vaccinating long-term care facility staff and residents with 21,450 Pfizer vaccine doses split between Broward and Pinellas counties. In those counties with a high concentration of nursing homes, strike teams are entering 112 facilities, and six nursing homes in Miami-Dade County will begin providing vaccines themselves.

Hospitals began vaccinating health care workers with the Pfizer vaccine Monday in the first phase of the nationwide distribution. The U.S. Food and Drug Administration is expected to approve the Moderna vaccine this week, and 367,000 of those vaccines could be in 181 of the state’s hospitals by next week.

Division of Emergency Management Director Jared Moskowitz added that the coronavirus wasn’t the only pandemic to strike long-term care facilities.

Strike team members gave Vera Leip, a former school teacher from Ferguson, Missouri, a shot at the end of the press conference. With DeSantis looking on and offering an encouraging “let’s let her rip,” she became one of several nursing home residents to receive the vaccine Wednesday.

With the shot administered, DeSantis stepped in to push Leip and her wheelchair back inside without fielding questions from reporters.