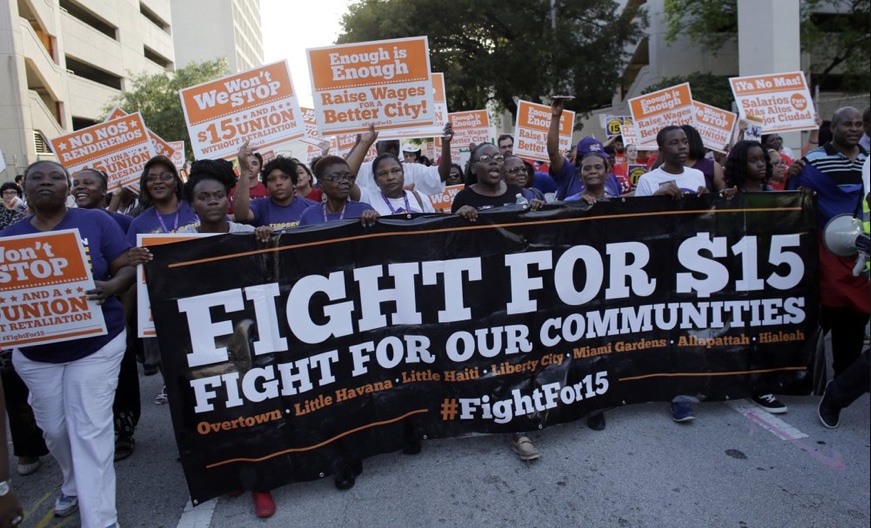 Late in the year wages will jump to $10.

Though 2020 wasn’t a banner year for amendments to the Florida Constitution, an initiative to raise the minimum wage did make the cut with just over 60% of the vote.

The minimum wage for non-tipped workers, currently $8.56 an hour, will tick up to $8.65 hourly starting on New Year’s Day. This meager wage increase comes by way of a legislatively mandated cost of living increase.

The push to raise the minimum wage — Amendment 2 on the Florida ballot — was one business interests strongly resisted, noting that it would threaten fragile operations across the state.

“This makes 2021 a greater challenge for small businesses. Throw it on; we’ll see if this breaks the camel’s back,” Herrle said.

The ballot initiative from Florida For A Fair Wage was lawyer John Morgan‘s priority for the 2020 cycle, with the more than $5.3 million campaign largely funded by Morgan and his law firm, Morgan and Morgan P.A.

In forums and interviews throughout the campaign, Morgan strenuously contended opposition was just the business community justifying “slave wages” for those in the service sector.

Though business interests opposed the wage hike push from the jump, the most important Republican in the state — perhaps out of deference to Morgan — stayed quiet until days before the election.

Republican Gov. Ron DeSantis issued a statement just before Election Day, saying now is “not the time” to increase the minimum wage.

However, the Governor was primarily occupied with President Donald Trump‘s reelection and did not mobilize in any meaningful way on the issue.

For John Morgan, who called the fight for $15 his “last crusade,” the amendment’s passage is yet another end run against an intransigent Capitol complex. As with medical marijuana, the Morgan coup of 2016, the only way to make this happen was via citizen initiative.

The voters have spoken. And now capital will have to adjust.