Contact tracing revs up in some states as omicron reaches U.S.

COVID-19 vaccinations during pregnancy decline for the first time 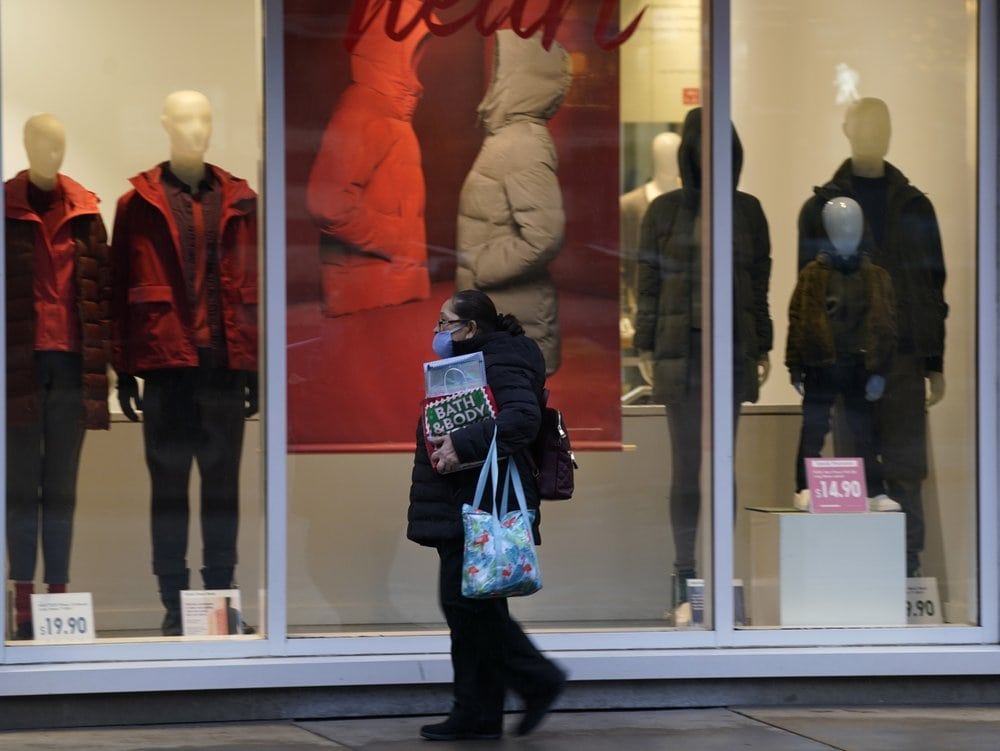 This is the second case documented in the United States in a day.

California on Wednesday announced its first confirmed case of the new and apparently more contagious variant of the coronavirus, the second case documented in the United States in a day.

Gov. Gavin Newsom announced the infection found in Southern California during an online conversation with Dr. Anthony Fauci, head of the National Institute of Allergy and Infectious Diseases.

“I don’t think Californians should think that this is odd. It’s to be expected,” Fauci said.

Newsom did not provide any other details about the person who was infected.

The first person in the U.S. known to be infected with the variant was identified Wednesday as a Colorado National Guardsman who had been sent to help out at a nursing home struggling with an outbreak. Health officials said a second Guard member may have it too.

The cases have triggered a host of questions about how the version circulating in England arrived in the U.S. and whether it is too late to stop it now, with top experts saying it is probably already spreading elsewhere in the United States.

“The virus is becoming more fit, and we’re like a deer in the headlights,” warned Dr. Eric Topol, head of Scripps Research Translational Institute. He noted that the U.S. does far less genetic sequencing of virus samples to discover variants than other developed nations, and thus was probably slow to detect this new mutation.

The two Guard members had been dispatched on Dec. 23 to work at the Good Samaritan Society nursing home in the small town of Simla, in a mostly rural area about 90 miles outside Denver, said Dr. Rachel Herlihy, state epidemiologist. They were among six Guard members sent to the home.

Nasal swab samples taken from the two as part of the Guard’s routine coronavirus testing were sent to the state laboratory, which began looking for the variant after its spread was announced in Britain earlier this month, Herlihy said. Samples from staff and residents at the nursing home are also being screened for the variant at the lab, but so far no evidence of it has been found, she said.

The nursing home said it is working closely with the state and is also looking forward to beginning vaccinations next week.

Several states, including California, Massachusetts and Delaware, are also analyzing suspicious virus samples for the variant, said Dr. Greg Armstrong, who directs genetic sequencing at the Centers for Disease Control and Prevention. He said the CDC is working with a national lab that gets samples from around the country to broaden that search, with results expected within days.

The discovery in Colorado has added urgency to the nation’s vaccination drive against COVID-19, which has killed more than 340,000 people in the U.S.

Britain is seeing infections soar and hospitalizations climb to their highest levels on record. The variant has also been found in several other countries.

Scientists have found no evidence that it is more lethal or causes more severe illness, and they believe the vaccines now being dispensed will be effective against it. But a faster-spreading virus could swamp hospitals with seriously ill patients.

The discovery overseas led the CDC to issue rules on Christmas Day requiring travelers arriving from Britain to show proof of a negative COVID-19 test. But U.S. health officials said the Colorado patient’s lack of travel history suggests the new variant is already spreading in this country.

Topol said it is too late for travel bans.

“We’re behind in finding it. Colorado is likely one of many places it’s landed here,” he said. “It’s all over the place. How can you ban travel from everywhere?”

“Instead of only making two or three other people sick, you might actually spread it to four or five people,” France said. “That means we’ll have more cases in our communities. Those number of cases will rise quickly and, of course, with more cases come more hospitalizations.”

London and southeast England were placed under strict lockdown measures earlier this month because of the variant, and dozens of countries banned flights from Britain. France also briefly barred trucks from Britain before allowing them back in, provided the drivers got tested for the virus.

New versions of the virus have been seen almost since it was first detected in China a year ago. It is common for viruses to undergo minor changes as they reproduce and move through a population. The fear is that mutations at some point will become significant enough to defeat the vaccines.

South Africa has also discovered a highly contagious COVID-19 variant that is driving the country’s latest spike of cases, hospitalizations and deaths.