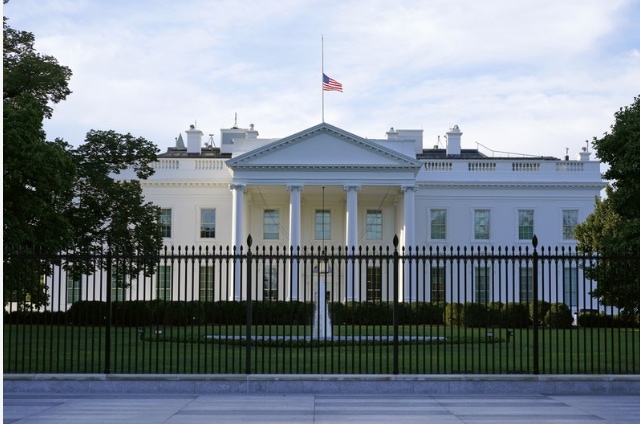 House Dems to caucus Friday on options to oust Trump.

House Democratic leaders said the House could take up articles of impeachment against President Donald Trump as soon as next week if Vice President Mike Pence and Trump’s Cabinet don’t act to remove him.

Assistant House Speaker Katherine Clark of Massachusetts said the House “can use procedural tools to get articles of impeachment to the House floor quickly,” as early as the coming week, if Pence doesn’t invoke the Constitution’s 25th Amendment to remove Trump from office.

Rep. James Clyburn, the No. 3 House Democrat, said he can confirm that “we have had discussions about it.” The South Carolina Democrat says he hopes Speaker Nancy Pelosi  “would move forward if the vice president refuses to do what he is required to do under the Constitution. Everyone knows that this president is deranged.”

The House Democrats have scheduled a caucus meeting for noon Friday.

Three Democrats on the House Judiciary Committee are planning to introduce articles of impeachment against the President on Monday, meaning the chamber could potentially vote on his removal from office by midweek, according two people familiar with the planning.

Pelosi has not yet said whether the House will vote on impeachment, and the caucus is meeting at noon to discuss the idea after pro-Trump supporters ransacked the Capitol on Wednesday. But if leadership does decide to move forward, they could vote on articles of impeachment drafted Wednesday by Reps. David Cicilline of Rhode Island, Jamie Raskin of Maryland and Ted Lieu of California. They are expected to be introduced Monday, said the people, who were granted anonymity to discuss the planning.

The articles say Trump “willfully made statements that encouraged — and foreseeably resulted in — imminent lawless action at the Capitol.”

Though Trump has less than two weeks in office, lawmakers and even some in his administration began discussing options for his removal Wednesday afternoon as Trump first encouraged the crowd to march on the Capitol, then refused to forcefully condemn the violent assault and appeared to excuse it.

The 25th Amendment allows for the vice president and a majority of the Cabinet to declare a president unfit for office. That section of the amendment has never been invoked.

On Thursday, Pelosi said the House could move on impeachment if Pence and the Cabinet don’t remove Trump before his term ends on Jan. 20.

Pence hasn’t publicly addressed the possibility of invoking the 25th Amendment. But that possibility may have faded after two Cabinet members resigned Thursday in protest after Trump egged on protesters who then mounted an assault on the Capitol the day before.

West Virginia Sen. Joe Manchin, a leading centrist Democratic, says it seems unlikely that  Trump can be quickly removed from office. But he isn’t ruling out action against GOP senators who led the effort to thwart the President-elect’s win because he says that helped encourage pro-Trump rioters to attack the Capitol.

Manchin says in an interview that he’s heard Pence is not likely to use the 25th Amendment to remove Trump from office. He also says he’s seen no evidence of enough Senate GOP support to oust Trump if the House impeaches him.

Manchin says that while he favors removing Trump as soon as possible, “We don’t need any more theater.” He says lawmakers should defer to Biden’s need for the Senate to focus on confirming his Cabinet. And he says Twitter should bar Trump from its platform.

Manchin says GOP Sens. Josh Hawley of Missouri and Ted Cruz of Texas both knew they had no chance of persuading Congress to nullify Biden’s electoral votes this week. He says their efforts “facilitated” rioters who swarmed the Capitol. And he says other Republicans who voted with them should also be held responsible.

Manchin stopped short of saying Hawley and Cruz should be expelled from the Senate.

Speculation also rose Friday that an impeachment could be pursued even after Trump leaves office. Democrats take control of the Senate on Jan. 20 and would be able to control an impeachment trial. One benefit Democrats see from pursuing a post-term conviction: they could include provisions barring Trump from ever again holding public office, effectively ending any speculation that he might run again in 2024.

The calls intensified early Friday after news that a police officer has died from injuries he suffered when Trump’s supporters stormed the Capitol.

During Wednesday’s melee, Sicknick was hit in the head with a fire extinguisher, according to two law enforcement officials said.

Most Democrats, and many Republicans, put the blame squarely on Trump after hundreds of protesters bearing Trump flags and clothing broke into the Capitol on Wednesday and caused destruction and mass evacuations. The president had urged his supporters to protest as Congress was counting the electoral votes that confirmed Joe Biden’s win.

Pelosi said “a threshold was crossed of such magnitude” that Trump should not be allowed to make any decisions.