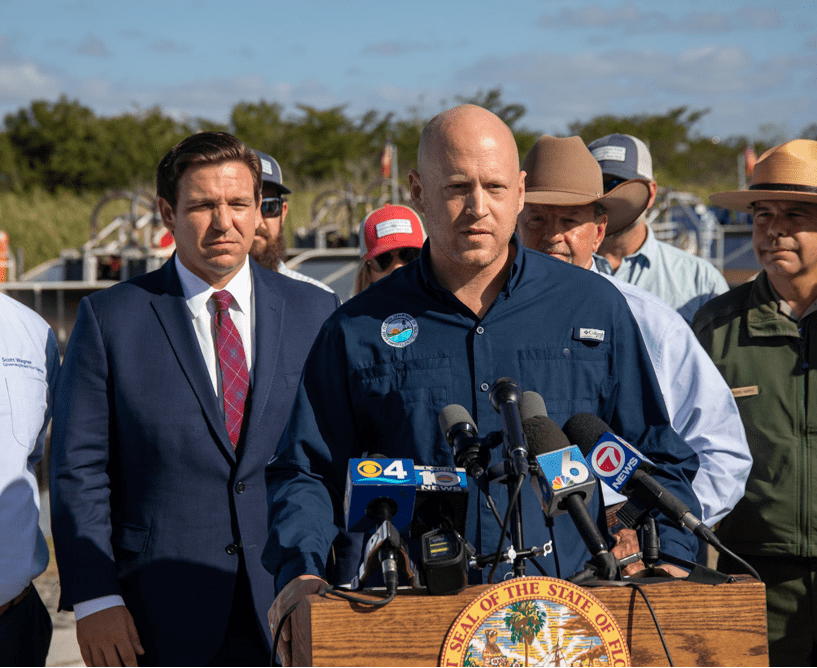 Department of Environmental Protection Secretary Noah Valenstein told senators Monday the Chief Resilience Officer position “shows how important this issue is” for Florida. Valenstein has been the state’s interim CRO since March.

Valenstein says he can effectively juggle being DEP Secretary and CRO because his department already has a resiliency team that would tackle the topic of climate change regardless.

“I’m focused on us making a difference as quickly as possible, and I think we’re able to do that and are moving the ball forward right now, and that’s what I focus on every day,” Valenstein told Florida Politics. “Time is a luxury we can’t afford too much of right now.”

However, lawmakers and activists are eager for an independent resiliency chief to take the reins of the climate change effort.

Estero Republican Sen. Ray Rodrigues filed a proposal Friday (SB 514) to establish an Office of Resiliency, one of DeSantis’ priorities, according to The News Service of Florida.

The Florida Cabinet — which includes the Agriculture Commissioner, Attorney General and Chief Financial Officer as well as the Governor — oversees DEP. The Office of Resiliency would instead be part of the Governor’s Office.

For several years, lawmakers have pushed to create a resiliency office. Last year, senators passed a bill that would have created a Statewide Office of Resiliency under the Governor’s purview, but that bill floundered in the House at the end of the Session.

“I look forward to continuing to work on the issue in whatever way the Governor would choose,” Valenstein replied. “It’s something — selfishly, I’ll say — at the agency that we’re going to be involved in no matter what.”

Activists have also called for DeSantis to appoint a Chief Resilience Officer. Florida Conservation Voters Deputy Director Jonathan Webber testified that while Valenstein is “smart and capable,” the position “really should belong to one person who is dedicated to that job.”

“Secretary, if you want to take it, go ahead, that’d be great, but we should get that person a staff and an office to really take it on,” he said, adding that “future generations are counting on this body to take action.”

Broward County CRO Jennifer Jurado told Florida Politics last week that she doesn’t believe the state necessarily needs a standalone CRO — she herself is also the county’s Environmental Planning and Community Resilience Division director. More important to her is that the CRO is backed by a support team, be it by DEP or from a separate office.

“It’s amazing what Julia was able to accomplish absent really any staff, and certainly the lack of staffing for the CRO I think is a problematic situation,” Jurado said.

However, in his interview with Florida Politics, Valenstein pointed to the team in his department’s Office of Resilience and Coastal Protection:

“Really the success Florida is seeing is due to the work of a bunch of public servants, not one person.”

nextSunburn — The morning read of what’s hot in Florida politics — 1.12.21