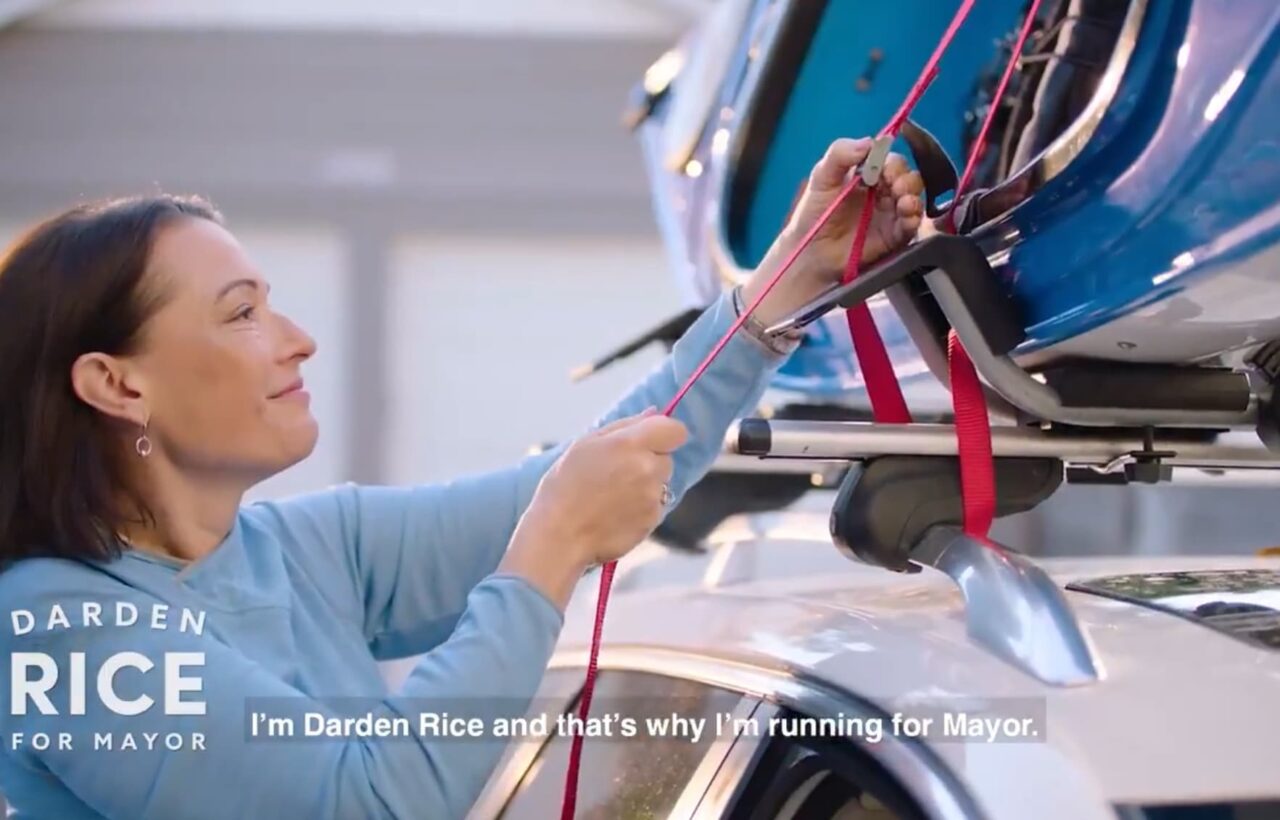 Rice introduces herself as a “proud progressive” in the almost 2 minute ad.

Rice, who officially filed to run Tuesday morning, released the almost two minute video on Facebook introducing herself as a “proud progressive” and “a proud citizen of St. Pete.”

Rice narrates the video, which is filled with shots of the former council member kayaking on the bay, a nod to her commitment to providing clean water and improved infrastructure for the community.

Rice talks about her work as an environmentalist, and gets personal in describing her battle as a breast cancer survivor.

“There are no words to describe the feeling when your doctor says ‘breast cancer’ — it was a moment that took my breath away,” Rice says in the ad. “But I knew I wasn’t alone.”

Rice’s first campaign creative also includes endearing footage of her wife, Eve Epstein. The two are an icon in the LGBTQ community and would be the first same-sex gay couple to occupy the Mayor’s office. In the ad, she credits Epstein as well as the rest of her family for helping her beat cancer.

The mayoral candidate also addressed the pandemic, one of her top campaign platforms, emphasizing the need for unity.

“Our community will help us all heal, and recover together, from COVID.”

Rice goes on to list her platforms — as Mayor, she says, she will “fight for small businesses and rebuild our economy.” She continued, saying she will “promote affordable housing, modernize our sewer system to avoid spills and deliver universal pre-K.”

The winner of the St. Pete mayoral race will replace current Mayor Rick Kriseman, who is leaving office due to term limits.

Rice is the third to file for the 2021 mayoral race. Rice’s former colleague and former state Rep. Wengay Newton and student Michael Ingram have already filed. Former Pinellas County Commissioner Ken Welch is also running, but has not filed yet.

Rice has been expected to run for more than a year. She drew at least some contempt from Kriseman last year after she launched a political committee, Friends of Darden Rice, to begin fundraising for her eventual bid. As of the end of December, the committee had raised nearly $225,000.

I’m so excited to announce I’m running for mayor of St. Pete! We’re facing difficult times right now as a city, state, and nation, but I have no doubt that we’ll come together to address our challenges and make our city even stronger. To learn more, visit https://t.co/E6OKj8OkLV. pic.twitter.com/HR6cPdAxve