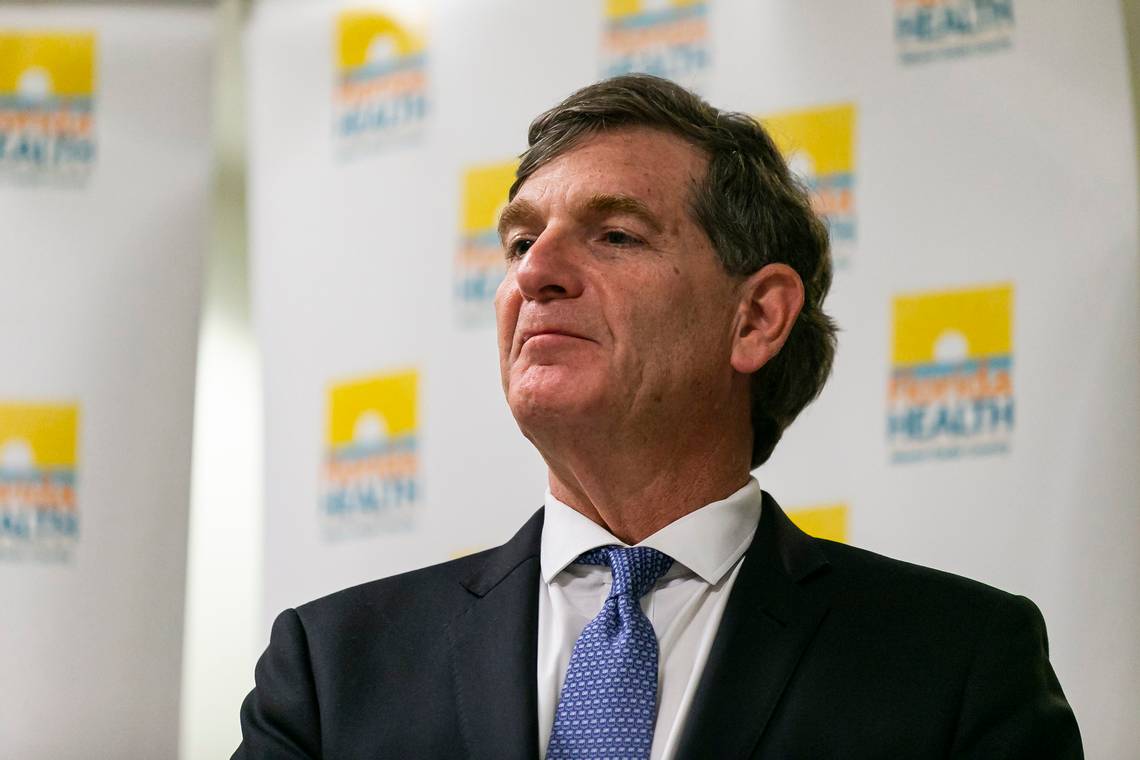 Senators pushed the state's chief health officers for answers on the vaccine rollout.

Lawmakers on both sides of the aisle pressed Surgeon General Scott Rivkees on the rollout’s progress, future and efficiency in the state, which on Tuesday topped 1.5 million positive cases. As of early Tuesday, 648,353 people have been vaccinated, including 51,234 people who have received their second shot.

Sen. Aaron Bean repeatedly demanded answers from Rivkees and Department of Health Deputy Secretary Shamarial Roberson ahead of a Nassau County Commission emergency meeting on the vaccine. The public perception has been that getting a shot is a free-for-all.

“The frustrating thing is there hasn’t been any communication,” the Fernandina Beach Republican said.

“The one thing that I want you guys to take away is that there is great frustration throughout the entire state over this vaccine distribution,” he added. “I know there’s a shortage, but I think we can handle a shortage if we understand it and it’s communicated.”

Asking people to be patient is heartbreaking, Rivkees told senators.

“As soon as vaccine gets to the state of Florida, we will get it to individuals who are in need, and we will work with you to ensure that you get vaccinated,” he said.

Rivkees has largely been absent from the public eye during the state of emergency, which has now gone on 313 days. He frequently appeared alongside Gov. Ron DeSantis for press conferences during the opening volley of the pandemic, but he has only made a handful of appearances since he told reporters in April that social distancing would be necessary until vaccines become available.

A reporter on Wednesday asked where he has been since.

“I’ve been working hard 24/7 on this response,” Rivkees said.

“I’ve been working trying to make sure that we keep the public safe, and now excited that we’re getting the public vaccine,” he added.

Without giving any certainty on the timeline of when Florida may be past the pandemic, the Surgeon General expressed optimism on the fight against the virus.

His reluctance to give an estimate on the rollout’s time scale is largely because the federal government allocates vaccine on a week to week basis, and Johnson & Johnson has yet filed for an emergency use authorization with the U.S. Food and Drug Administration for its vaccine. Additionally, experts have not determined what percentage of the population must be vaccinated to achieve herd immunity, further complicating projections.

Nevertheless, Rivkees called the vaccines “the scientific breakthrough of the year,” a critical layer on top of social distancing practices.

Despite his reluctance to offer a timeline, to Rivkees, there is no question there will be a substantial increase in vaccine availability.

“We anticipate that we will have other vaccines in the future,” he said. “I can’t exactly tell you when.”

Stemming from reports that DeSantis’ office asked health department officials to steer focus away from the virus in the weeks leading up to the November election, Plantation Democratic Sen. Lauren Book asked Rivkees whether the reports were true.

“That is not true. I am not aware of that,” he replied.