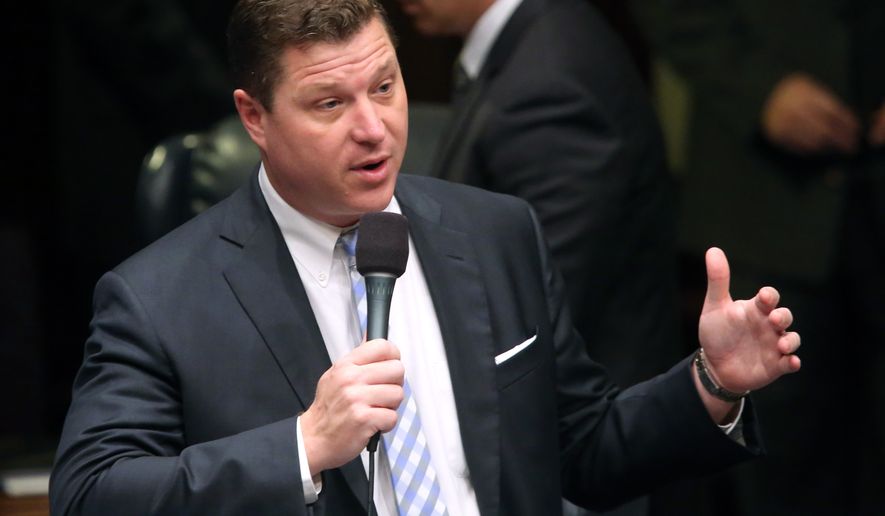 The CRC is one of five methods to amend the Florida Constitution.

Senators next week will review a proposal that could erase the Constitution Revision Commission.

The Senate Governmental Oversight and Accountability Committee in its first meeting of the year on Jan. 27 will take up a proposal (SJR 204), led by St. Petersburg Republican Sen. Jeff Brandes, that would put whether to eliminate the commission on the 2022 ballot.

If the panel, led by Estero Republican Sen. Ray Rodrigues, approves the proposal, it will be halfway to the Senate floor with only one more stop necessary in the Senate Rules Committee.

Both sides of the aisle, including Gov. Ron DeSantis, have criticized the commission for “bundling” topics together in one proposed amendment, such as linking a ban on offshore oil drilling with a ban on vaping in workplaces.

Last Session, the proposal sailed through the committee process with unanimous approval, but it never received a vote in the full Senate. Representatives in the House passed a similar amendment 93-25. Those roles were flipped in 2019, when the Senate passed the proposal 35-4 while the House version floundered.

The commission was created as part of Florida’s constitutional overhaul in 1968 and first met from 1977 to 1978.

The latest session, 2017-18, included appointees by Gov. Rick Scott, former House Speaker Richard Corcoran and former Senate President Joe Negron. That year’s Amendment 9, which banned offshore drilling and vaping in indoor workplaces, was the most notable of the several odd combinations from the CRC. Voters passed that amendment with 69% approval, far exceeding the necessary 60% threshold to finalize constitutional amendments.

DeSantis announced his support for repeal at the end of the 2019 Session, citing the bundling issue as a major source of irritation.

The Legislature has now twice declined to abolish the commission, but lawmakers last year agreed to make it harder for citizen-driven proposals to appear on the ballot, a law DeSantis signed in April. And while lawmakers passed another proposed amendment requiring that voters approve future amendments twice, voters turned that down with only 52% supporting it.

Eucheeanna Republican Rep. Brad Drake filed the House version of the amendment ahead of both the 2019 and 2020 Legislative Sessions. No House member has filed that legislation yet for the 2021 Session.