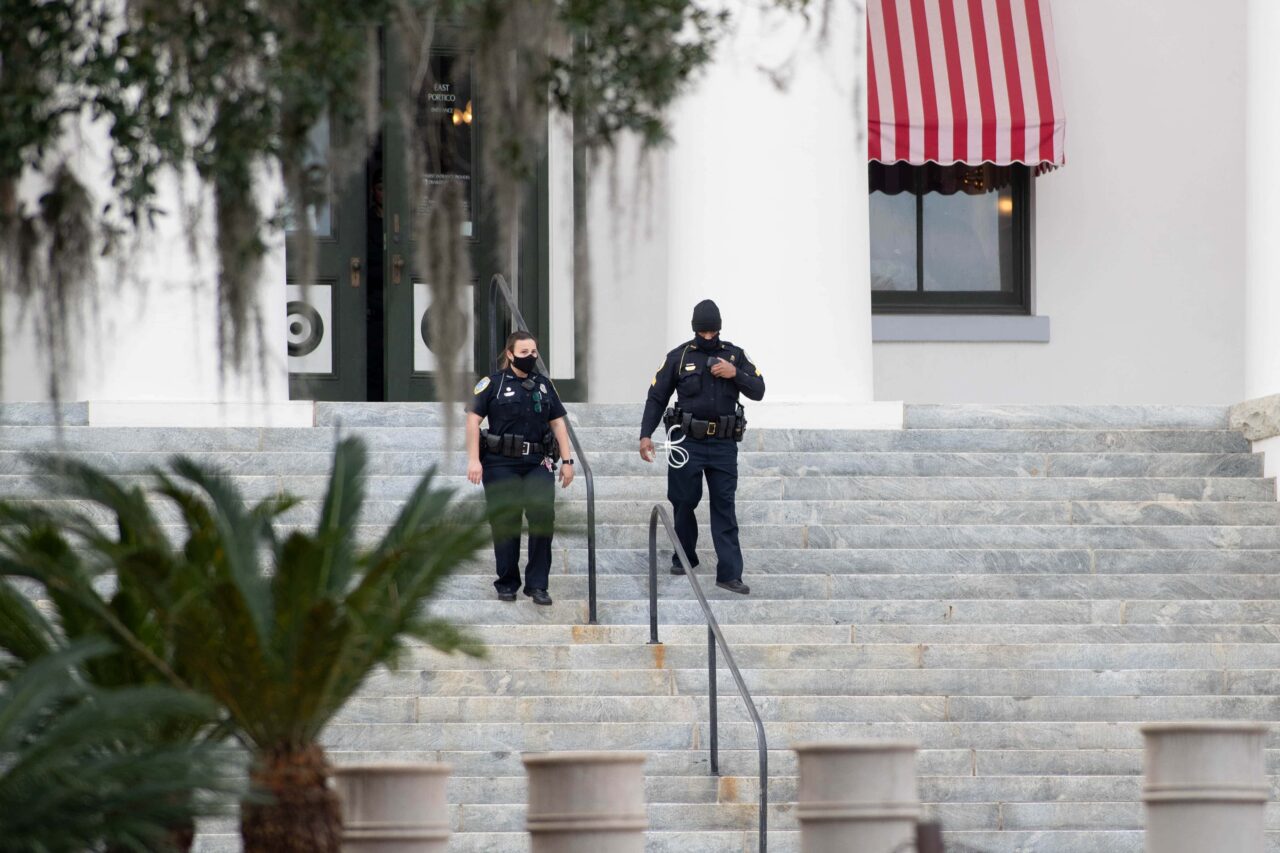 An overnight bomb threat prompted law enforcement to close the Florida Capitol Complex until 9 a.m. Thursday, according to the Florida Department of Law Enforcement.

“This morning I spoke w/ FDLE and Capitol Police,” House Speaker Chris Sprowls tweeted. “They worked through the night and early this morning to ensure the safety of the Capitol Complex. The vigilance and dedication of the Tallahassee Police Department, FDLE, FDI, our Capitol Police and all other agencies involved is deeply appreciated.”

Law enforcement cleared the building as of 6:15 a.m. Despite being deemed secure, the Capitol remained closed until 9 out of an “abundance of caution.”

Details about the threat are few, though FDLE said the threat was made sometime around 3 a.m.

“A bomb threat was made regarding Florida Capitol overnight,” FDLE said in an announcement. “Capitol Complex has been swept by law enforcement and explosive detecting K-9’s. No explosive devices were found & nothing suspicious identified.”

Thursday’s bomb threat marks the end of what otherwise was an uneventful week at the Capitol.

National Guardsmen and law enforcement officers filled the Capitol over the weekend after the FBI warned of a possibility of armed protests at all 50 state capitol buildings sometime this week.

The arrested Army veteran and Tallahassee resident, Daniel Baker, encouraged others to join his violent plot via his social media accounts.

Senate President Wilton Simpson has also told staff at multiple times in the last week to work from home as a safety measure.

Yet despite the FBI warning and a subsequent arrest, even Gov. Ron DeSantis on Tuesday noted that the Florida Capitol has remained free of protests and without incident.